It has been awhile. If anyone is still reading, it's a wonder. ツ To make things easier for me, I've tossed in a bunch of photos that I want to keep; each one will give me the push to say a word or two. In truth, I no longer feel that I have anything of great worth or note to say. Things are so strange these days and people are so easily offended one way or the other. Okay, let's get on and see how this goes. To avoid whiplash, I'll separate each picture with a divider. 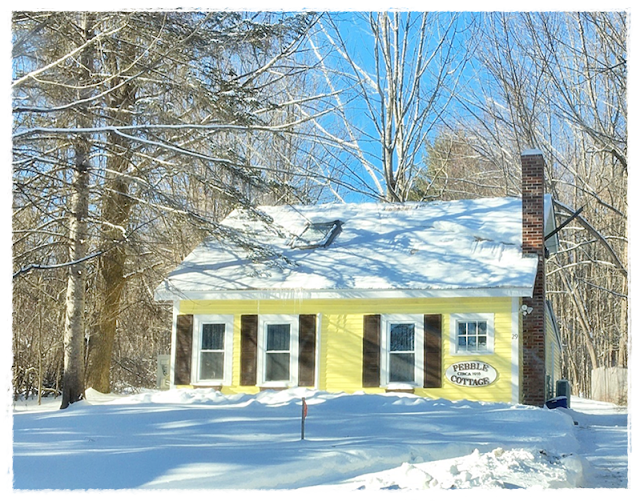 Earlier in the month, Mrs. T of Across My Kitchen Table got in touch with me to say that she and Mr. T were planning a trip to my corner. I had no idea why when their own corner is so lovely until I saw their adorable home away from home: Pebble Cottage. My sister Kim offered to drive me there and so the four of us enjoyed a delicious breakfast made by Mr. and Mrs. T. Mrs. T has shared the recipe *here.* My sister made it the following weekend to rave reviews. I haven't made it yet because it would be dangerous. Thanks to both the cooks. We enjoyed our time with you very much! It's a blessing to talk with the like-minded.
For Mrs.T's side of the story and more look *here.*
☕☕☕☕☕☕☕ 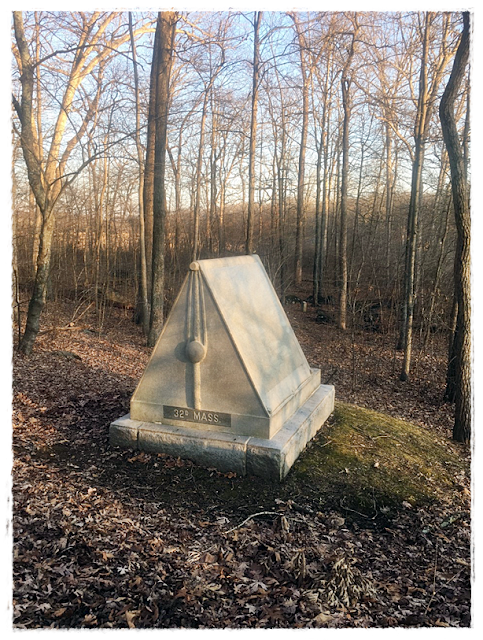 One day in January, Mrs. Rabe of Creekside Cottage asked if I had a Civil War soldier to look up. She and Mr. Rabe were visiting Gettysburg and they could look up his regiment and visit the memorial for it. As I had my ancestor's grave on file with his regiment prominently displayed, I knew that he fought with the 32nd Massachusetts Regiment.
I was so surprised when they found the memorial and shared many pictures with me. I believe I must credit this one to Mr. Rabe. Can you tell what it is? It took me awhile. Mrs. Rabe shared that it is a tent and that the water canteen is hanging there. Thank you, Mr. and Mrs. Rabe for discovering this site.
It was wonderful to see this as I will probably never visit Gettysburg nor see this memorial. It is quite moving to think of my ancestor—a three times great-grandfather there fighting for the preservation of the Union and the abolishment of slavery. I do not know much about Hezekiah other than that he was born in Portland, Maine, that he was wounded during the war, and that he died at age 39.
☕☕☕☕☕☕☕ 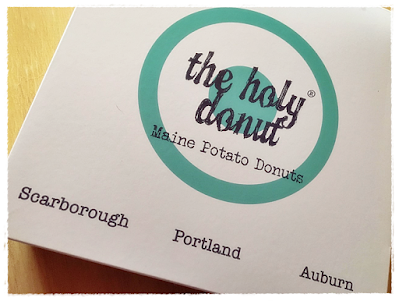 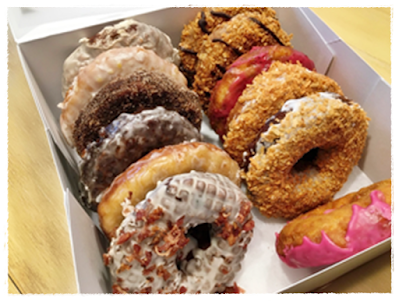 When Tim Horton's Coffee Shop closed down a few years ago, I was very upset. It was one of John's and my favorite haunts. So I was very excited to see some updating and activity at the old shop recently. Soon enough Holy Donut came on the scene. They kinda look holy, but it turns out they are not as holy as we had hoped. Beyond that, they are terribly expensive, but pretty!
☕☕☕☕☕☕☕ 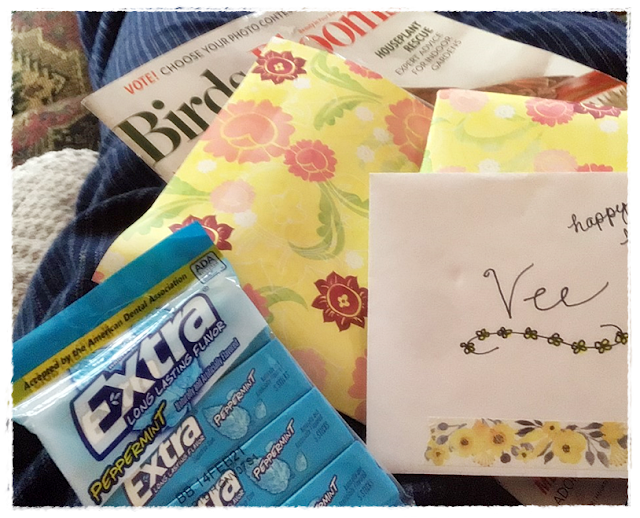 Abby's been at it again. Thank you, friend! 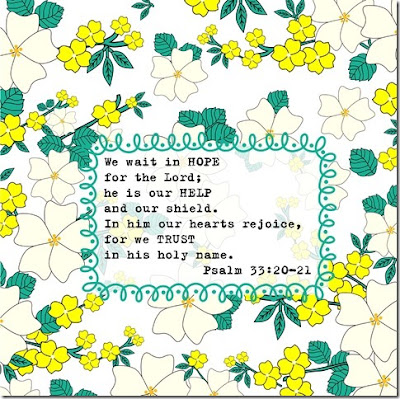 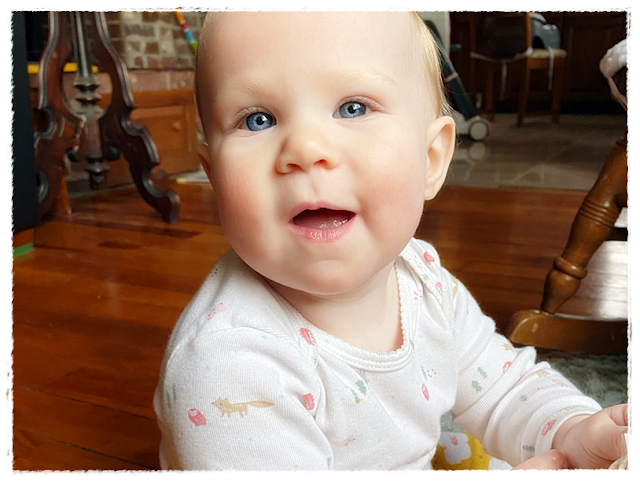 Those blue eyes get me every time! Such a doll baby. She looks a lot like her grandmother when she was that age.
☕☕☕☕☕☕☕ 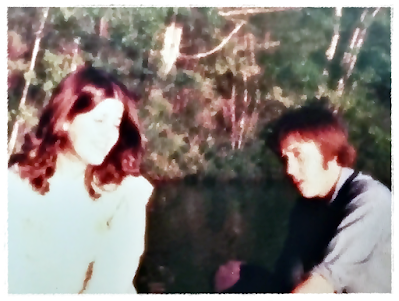 Sitting on the dock of the bay long years past. 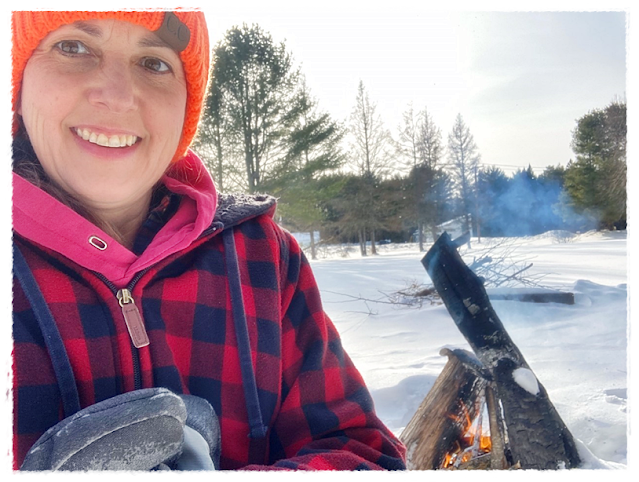 Our daughter Laurel who is apparently cleaning up her yard. This is for those who have mentioned that Laurel looks a lot like me. She may be a combination child as most children are, but she certainly favors her dad's side of the family. 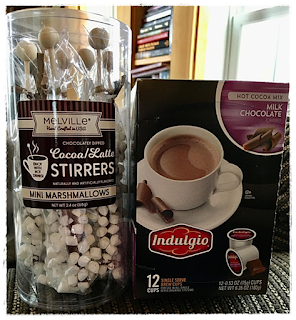 Speaking of which...a wonderful, unexpected gift from Laurel today.
What fun!
☕☕☕☕☕☕☕
Okay, my ramblings are nearly done. It has been a long difficult year. Let us be gentle with ourselves and each other.
Love,
Vee
Posted by Vee at 6:30 AM 50 comments

Taken last Tuesday; today looks the same. I think this is true for many of us.
Love,
Vee
comments remain closed
Posted by Vee at 1:39 PM