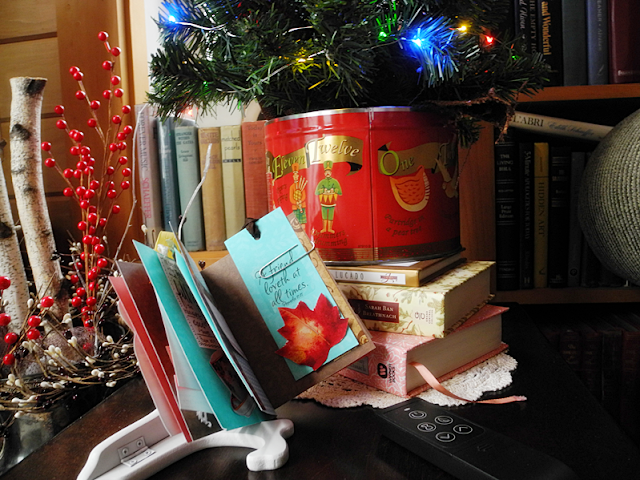 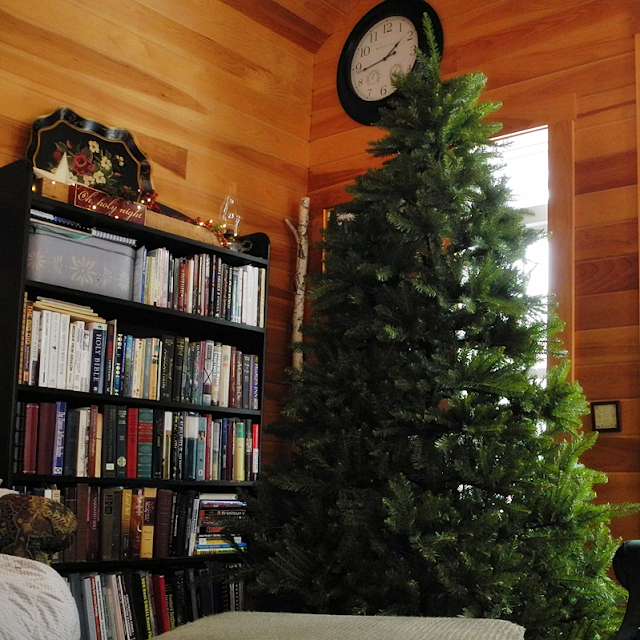 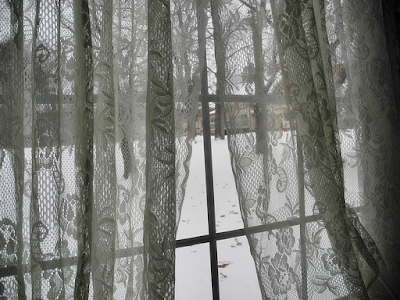 Hello again. It has been awhile or perhaps you were one of the four who saw my last post. I am sorry that I pulled it, but when people are suffering as they are in California and there is sorrow upon sorrow, I didn't feel that that post was in the best taste. It had some pretty pictures, though. Perhaps I'll recycle them one day.

It is always a joy to meet again with friends. We tried to figure out when we had last seen one another, but couldn't.

We ate a leisurely lunch at a local eatery and took no photos of our lunches because we are terrible bloggers. My sister took a photo of Judy, Abby, and me using Abby's iPhone. (I didn't even bring my camera. Bad, bad blogger.) Nope, I am  not sharing the photo, even if Abby gave me permission. I may do a cut and paste on it some day. Until then, it remains safely locked away in my files. ツ

We did exchange gifts. These are mine. 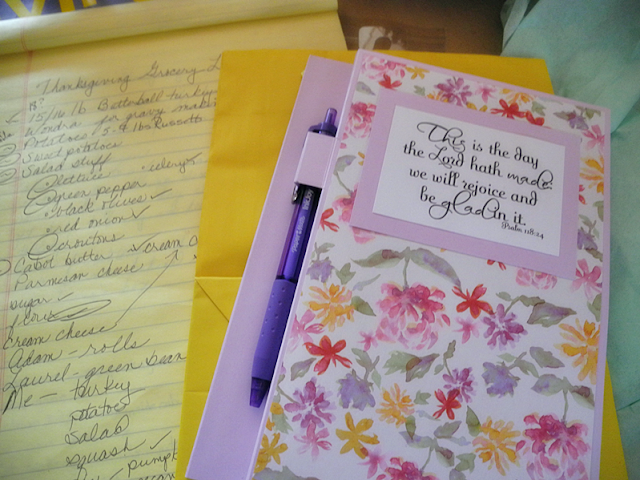 I have decided that there's something in the air down Abby's way that causes them all to be remarkably creative. This is a gift that I need as you can see by my legal pad list on the left. I used it for my grocery shopping this week and it was extremely unwieldy. Next time, I'll have this list maker, which can be tucked into my purse (if I remember where)...hope that it's not limited to counting blessings. One of my blessings is, after all, hosting Thanksgiving this year. 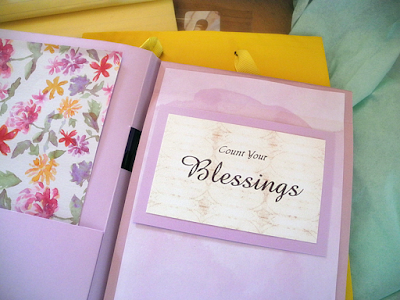 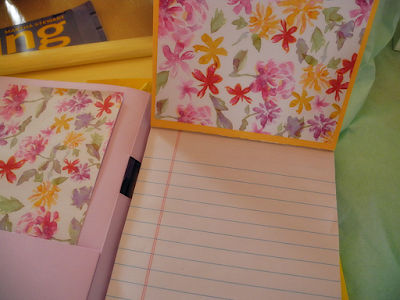 Thank you so much, Judy! (She may not even read here, but Abby will clue her in, I hope.)

Abby made me a sweet tag book. It has a Thanksgiving, Scripture, Friendship theme. 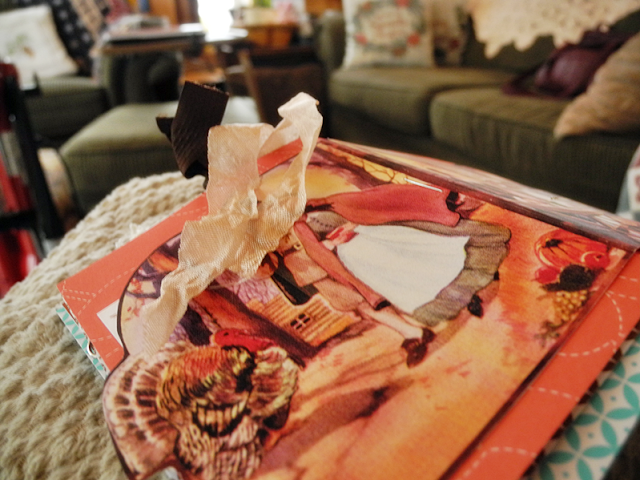 Oh I can do better than this... 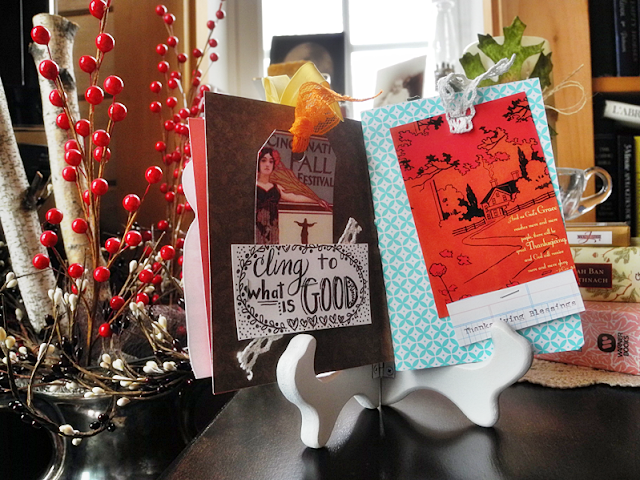 This is how I have it displayed and I will encourage people to pick it up and look at it. There are many wonderful details to enjoy and thoughts to embrace. 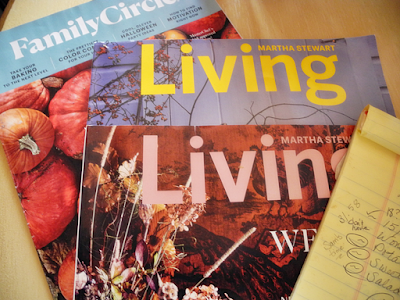 I also received magazines to peruse...snow days allow a great deal of perusing. And the gift came in a sweet loon bag pictured below. 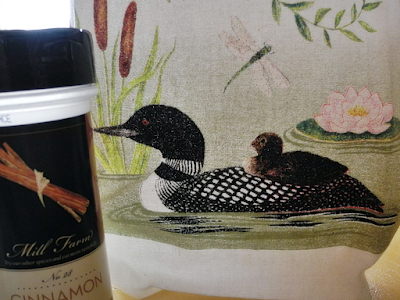 Now, because it is unlikely I'll return before Thanksgiving, I want to wish all my American countrymen a blessed Thanksgiving. We are blessed in spite of everything that is going on in our country and God is good. All the time. To that truth we cling. 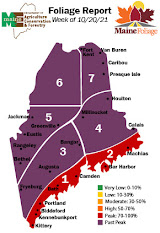