What does it hold? Let's not ponder that too much. Life was meant to be lived one day at a time and leaning on the Everlasting Arms.

Here I am at nearly noon still dressed in my nightshirt. That's because all my clothes are in the dryer. This is a rarity. Usually, there's something, beyond a nighty, that I can put on. Oh well, it's all very cozy on this cold, clear day.

Since John has decided that New Year's Day is a good one to work on his truck, I am taking the day to putter and sew.

I am also making a big crock full of soup and, having already made Paula Deen's Pumpkin Cake yesterday, we are all set for the New Year. Menus are dwindling down to some strange items I must say. We ate the Christmas Ham for days. There are a few tired Christmas cookies to get through and some truly terrible fudge that, oddly enough, tastes better when one is desperate for something sweet and chocolate.

Revelry was afoot last night with at least three near neighbors displaying fireworks. Though I tried going to bed at ten, every time I fell asleep, I was wakened with loud bangs, pops, and those fizzy-sounding things. Might as well have stayed up except I am having a challenging time getting used to a world without Dick Clark in it. Four hours of Ryan Seacrest would do me in! No doubt about it, I am officially old.

Another little problem, easily solved, was that I have no new Lang Calendar for 2015. I set to work to find an old calendar that might
work — 2004 was the year. I proudly showed it to John this morning and he said, "Oh and it's already 2025!" Sigh. It looks pretty much like a Frankenstein calendar because, though the dates matched, I had used the picture and parts of it were missing. I had to select another picture and cover up the hole with yet another patch. Well, you can see for yourself here... 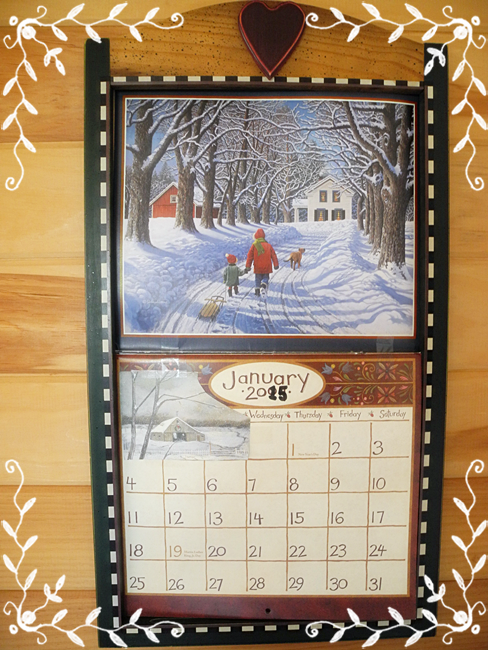 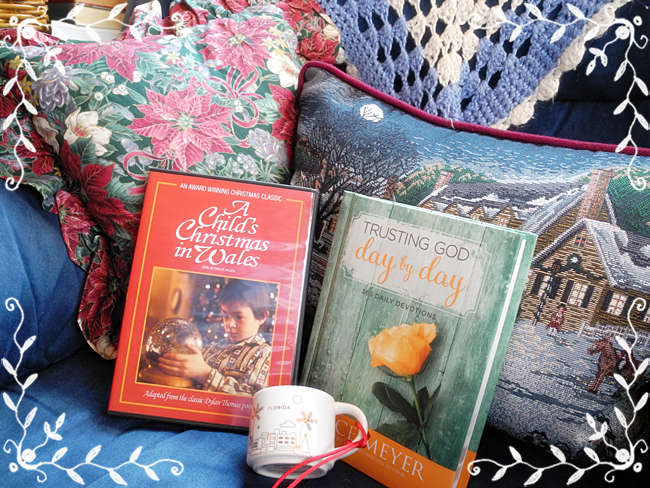 Three gifts of Christmas I wanted to share before it is much too late. The Christmas ornament mug is from John's daughter who lives in Florida. It's from the Starbucks You are Here Series. We are not fooled.

The movie is a gift from a dear blogging buddy who spoke of it and linked to it at You Tube and, after my saying that John and I watched it and loved it, we found a new copy in our postbox one day. What sweetness! I will be watching it for the third time today.

And a new devotional Trusting God Day by Day by Joyce Meyer. I used a C.S. Lewis devotional last year, which you may have picked up on. ☺ This gift is from a dear blogging buddy who also has a private blog. I am so going to enjoy this gift. 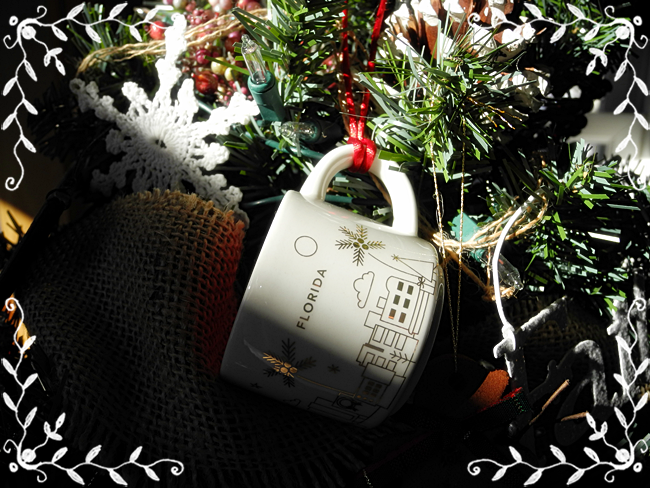 This afternoon, I will don my new winter boots (thanks to my darling daughter) and clean up the luge area. It's not looking so luge-y just now with the green grass moss growing and only a patch or two of snow, yet I have heard rumors that snow will be swirling soon. 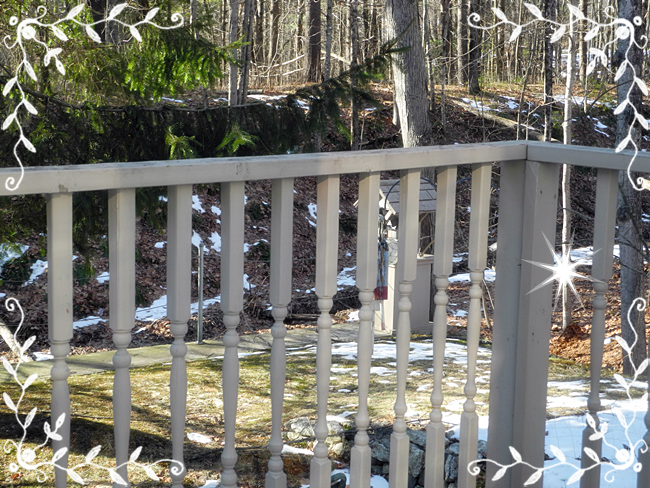 ~Luge on January 1, 2015~
Hope that this chatty little ramble will be enough to hold you until I return in a week or two, perhaps even February. I play it by ear these days.

A happy and blessed New Year to you!