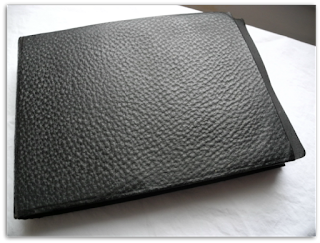 It's an unassuming little photo album. There are no notations of any kind...no letting future family family members know who these people are nor the places they inhabit nor the animals they photograph. 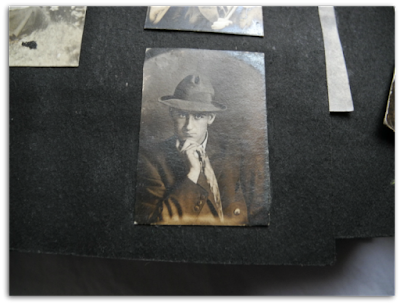 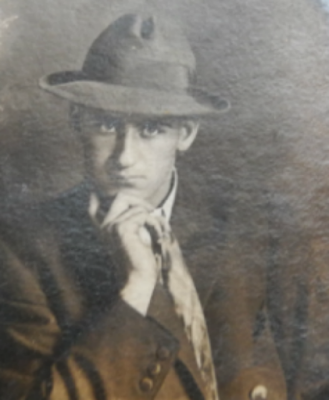 Here's the key. Him I recognize, even though he passed away while his daughter, my mother, was still a teenager. His name was John Parker. He was an engineer on the CPR, which is how he happened to live in Maine though he worked for a Canadian railroad. 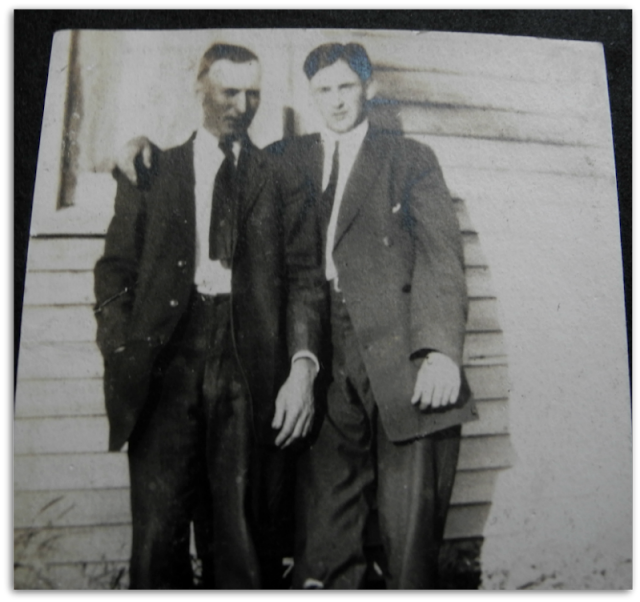 Here he is with a man I am assuming is his father. I know his father's name was Herbert. I know how he died and how difficult it was for his family. He had a number of daughters; my grandfather was his only son. Nice asymmetrical coat, though I have no idea who is wearing it. Perhaps one of my grandfather's sisters, perhaps a friend, perhaps even his first wife who died young in the great flu pandemic of 1918. (Notice that smear of glue.) I am highly tempted to try lifting a photo or two from its dark black paper page just to see if there could be any writing on the backs. He sure glued the photos down good and tight. 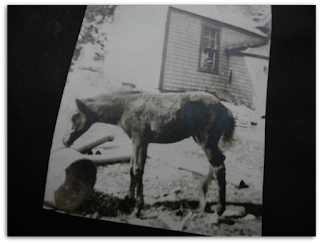 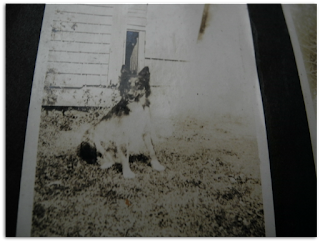 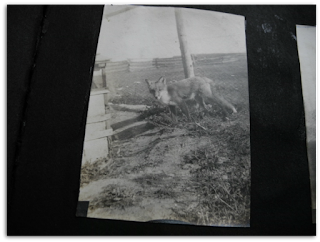 There's a colt, a collie, and even a fox. My mother might have been pleased about the collie as she loved collies. I don't recall her ever saying that her father had one, though. My parents raised collies for a few years when my sister and I were children. 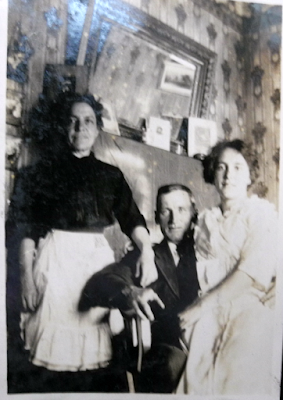 This is my true great-grandmother (I think), not the mystery woman in the kitchen. I think so because this is the same man I believe to be my great-grandfather. He is holding a daughter and the way the woman standing has her arm draped casually over his shoulder makes me think that they are a pair. I am interested in the wallpaper...a clock motif, I believe.

Oddly enough, the old Sessions clock I have is theirs. I know this because my grandfather took all the furnishings from his mother's home to the camp. The clock lived there for many years until it was given to me. 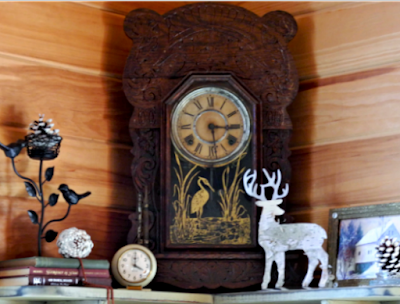 I would have been thrilled to see it in their parlor! 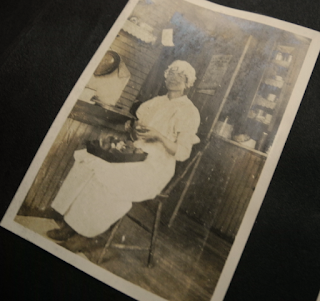 Here is the mystery woman again. No, she could not be the same woman seen above. Perhaps she is an aunt or a friend. I may never know. Her entire kitchen wall, cupboards, and ceiling are all done in beadboard. Everything looks in need of paint. There is some sort of lace or shelf paper on every shelf in her cupboards and on the wall above her sink. I notice a receipt (recipe) on a nail by the door and a calendar on the door. How I have tried to make it out! I should make a detailed list and thereby get to know this early 20th Century Kitchen better.

Wonder if she could have made a meal to make Mr. Carson happy. Doubtful! 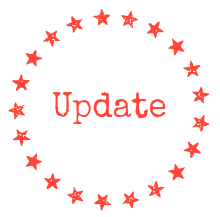 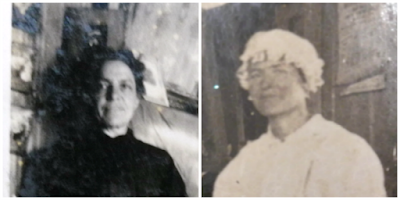 On the left, my great-grandmother whom I can see that my mother favors now that I am taking a closer look. On the right, the mystery woman in the kitchen. I do not believe that they are one and the same.