Before I head back into the doldrums again where I sit around feeling poorly, I thought I should post. Besides all that, as I wandered through Blogdom and the halls echoed and I wished that more people were posting and more often, I realized that one can't be complaining if she isn't playing. 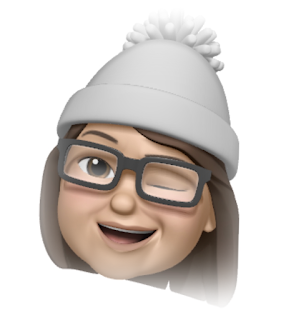 Oh her↑ I found out about her after the most recent update for my iPhone. She is based on this picture: 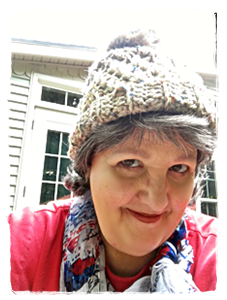 Doesn't she look just like me? ッ I don't think I've got it quite right, but oh well... That's the hat that Cathie Holman made for me. Isn't it cute? I'll be able to wear it here shortly as it gets colder by the day.

This is a hodge podge of a post because my head doesn't work quite right anymore and it's easier for me to do some of this and some of that rather than try to be coherent.

The most recent thing of note was Laurel's birthday celebrated over the weekend. We had the whole family here, which is 12. I know that some of you are rolling your eyes, but that is our number until April makes it 13. It may not seem like many, but believe me, it feels like quite a few when the little fellow can't even get around for legs and feet.

Little Fellow? No, I don't think he's been introduced here yet.
(How quickly I forget! Here he is back in April.) He is my niece's little boy and he is adorable. Here he is hiding out with his mama to get away from Great-Auntie's awful camera pointed right at him.


He kept us in stitches from baptizing his grandmother in root beer to trying desperately to eat the faux fruit. 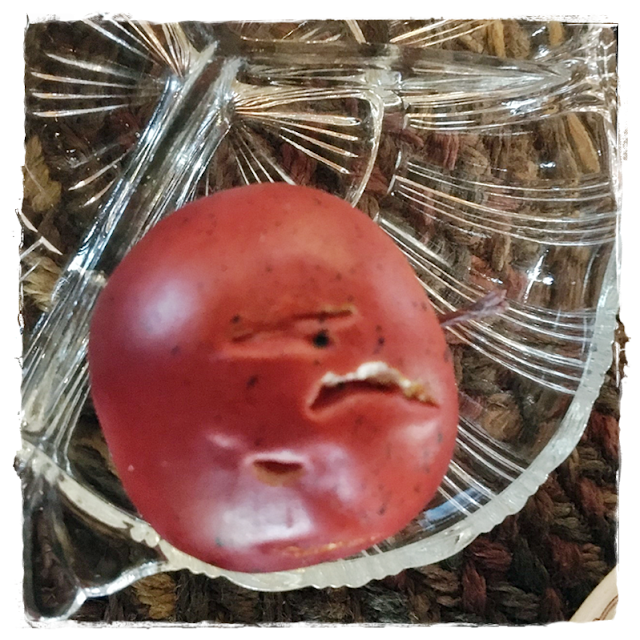 Yes, I come from a long line of women who have for years been faking children out with faux apples, pears, plums.

A real apple was eventually found and the little guy, henceforth known as "E" took a few bites and that was that. The apple disappeared. We couldn't find it anywhere. There were jokes about fruit flies. A while later, Laurel was opening her birthday gifts when she exclaimed,"I found it!" E had chucked the apple into her gift bag. That's how crowded it was. We were all right here and no one saw him do it. 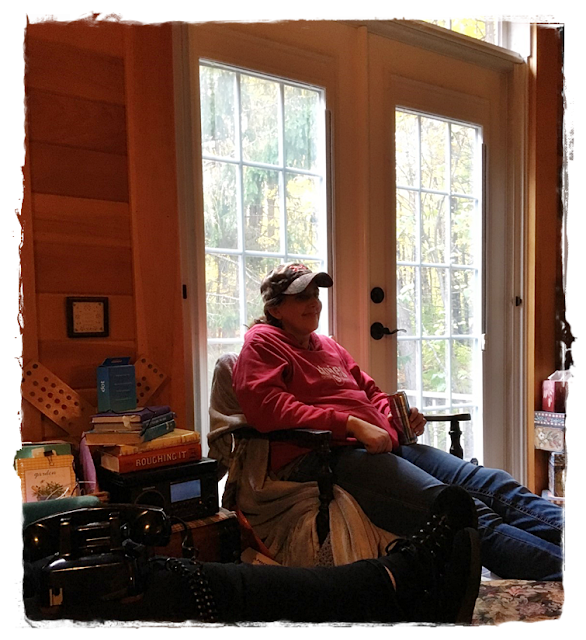 The birthday girl with and without her hat. 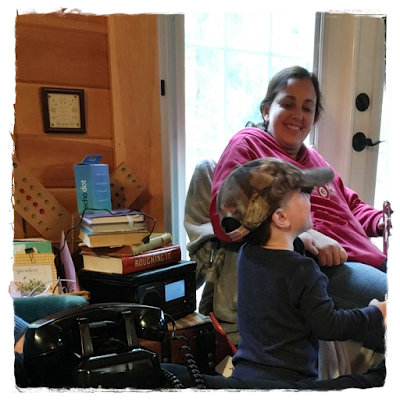 My grands were here and I caught one of them, along with his dad and mom.


The other one was captured along with his brother and dad a few weeks ago playing basketball.

We are in the week past peak so I don't have a lot to share in the way of beautiful foliage, but I will share what I have.