First things first: On my last post, I enjoyed meeting some new-to-me bloggers. It's good to know that you are out there!

Why I decided to comment on each comment is anybody's guess because I rarely do that. Some bloggers respond to every single comment they receive. Wow! That's a commitment. Alas, some bloggers even get offended by comments made on comments. Let's just say that I am going back to rare comments on comments. You can't depend on me for anything! That's not quite true, I do try to visit your blog. So thank you for commenting. It's my currency on this here blog and I love and appreciate you for it.

My daughter Laurel has been taking me on annual leaf-peeping days for some years now. This year, I thought we would miss out because Laurel had a cold during peak week and was trying to stay away from me to protect me. The weather was not cooperative. Stuff. So it was a surprise when she called Sunday to say that she would be picking me up and off we would go. Yay!

There will be fewer comments going forward on this picture dense post. 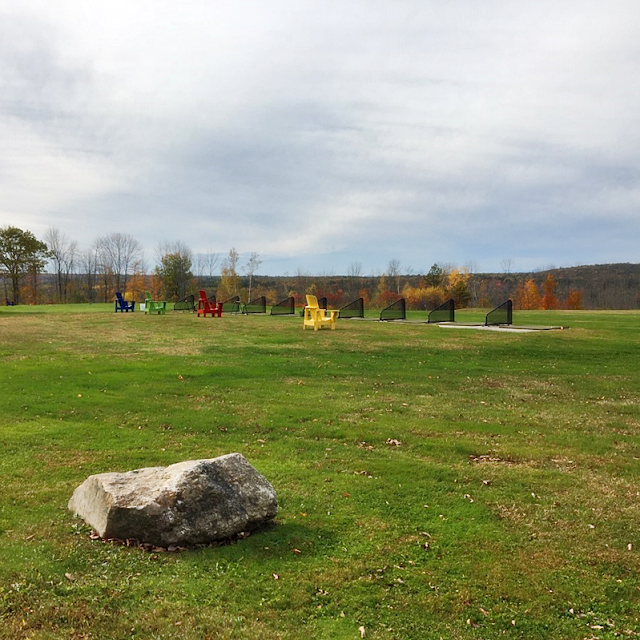 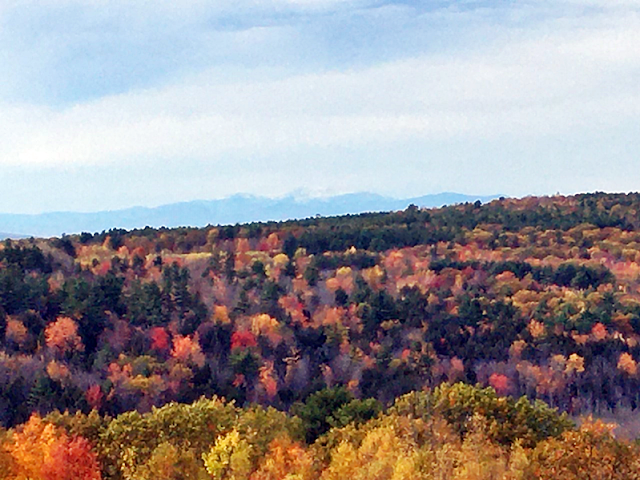 A Close-up of Mt. Washington in New Hampshire...snow capped... 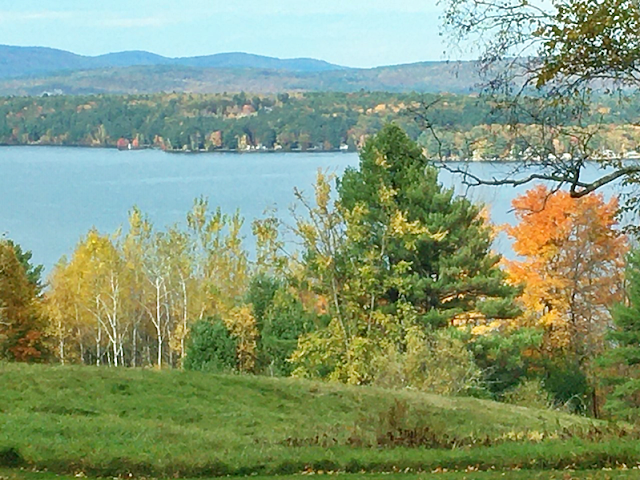 This property is one that Laurel seriously considered purchasing when she was looking for a place to build a home. I was slightly in shock because it is an incredibly beautiful property. She went on to explain that it is high on a ridge, on a dirt road, way out in the country and far from her workplace. She decided to let it go. Sigh.

Fun story: As Laurel and I stood there taking photo after photo, a gentleman drove up in a big black van and said that photos were charged $5 each and that there was a little box in front of his home just next door where we could place our dollars. I asked him if he owned this piece of property and he said that he did not, but that he collected the monies for the owners. Ha! By then, he was grinning so big that I knew that he was kidding. He sure has an amazing view as well, but as his home was sitting in front of said view, it was concealed from ours.

He and Laurel had a conversation  about how she had seriously considered this piece of property. He said that a young couple purchased it a year ago and were literally "sitting on it" waiting for enough money to build their dream home. That was what Laurel would have had to do so the choice she made to live down in the valley closer to her employment turned out to be a wise one. She is content. 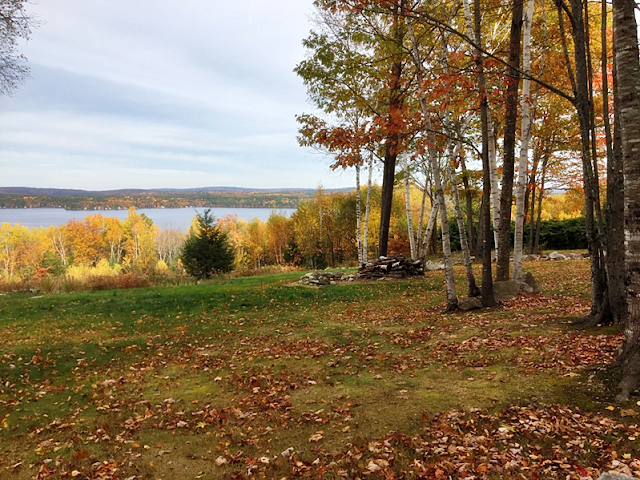 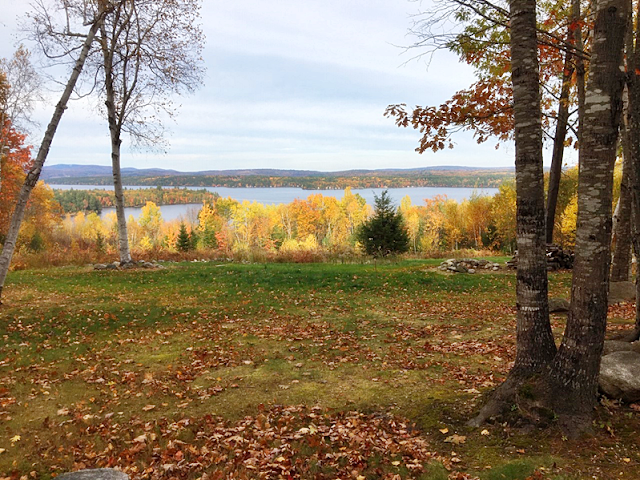 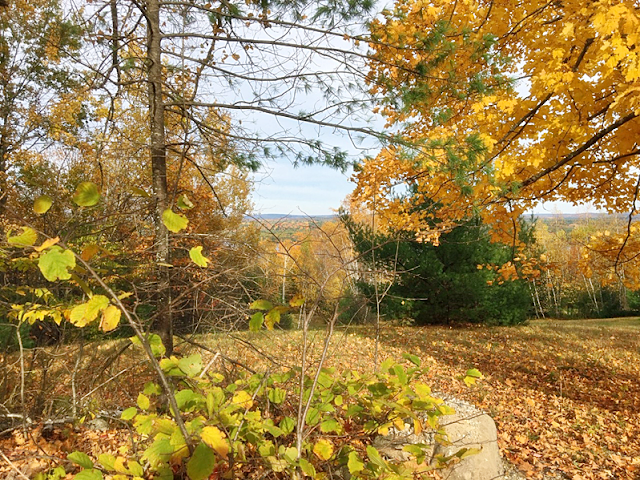 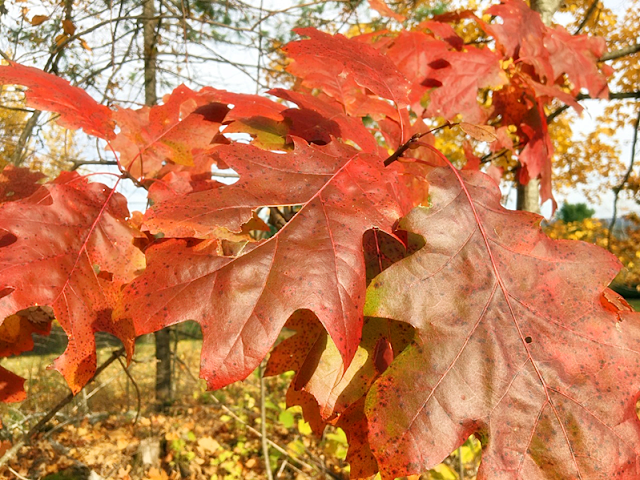 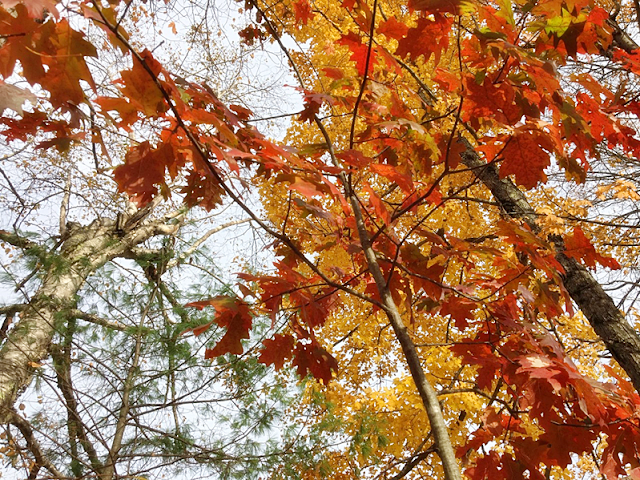 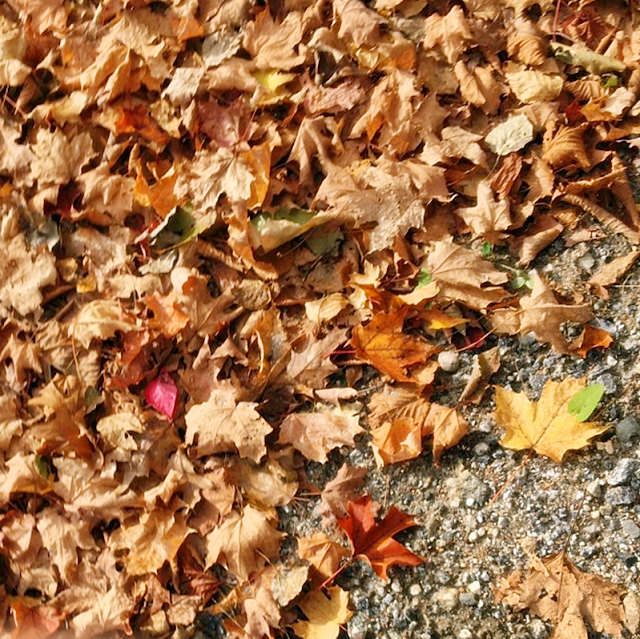 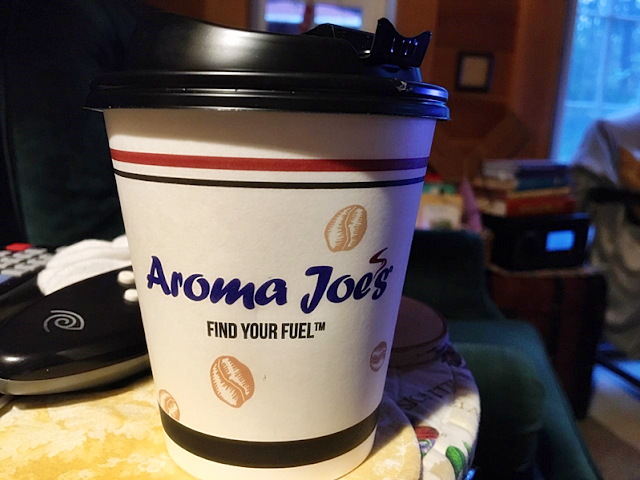 The day ended with a cup of mint cappuccino  from Aroma Joe's...ahhhh...

Hope that you enjoyed these photos of waning autumn in Southwestern Maine.