Of Saddle Tramps and Cemetery Stories

A few days ago, my sister arrived to help me with a big chore. I was feeling better after several days of feeling poorly and so I wanted to power wash the garden room fence.
Exciting stuff! I was really looking forward to it! 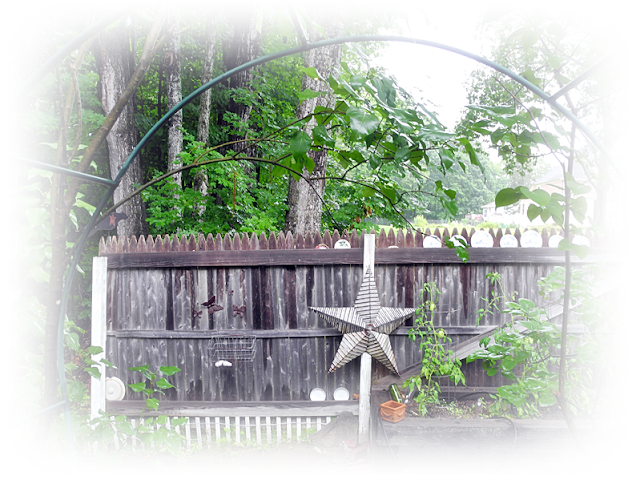 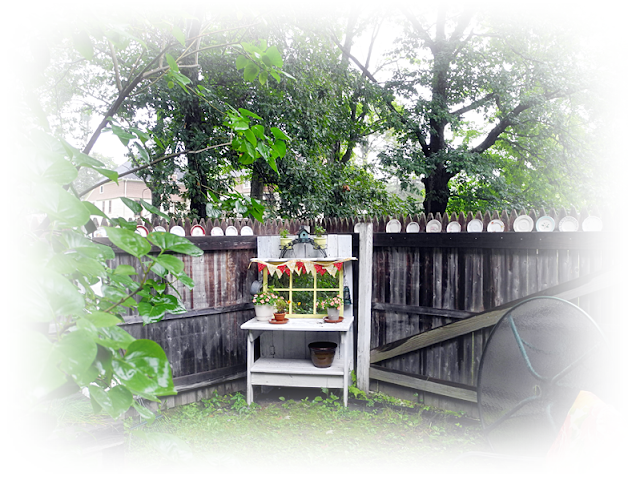 She was about to change into her work clothes when I said, "Of course, we can't wash the fence behind the tomatoes."

And that's when the day took a different turn.

Sis was completely unwilling to do any of the project if we couldn't do it all. Honestly, I keep telling you how stubborn she is.

Now we had an entire day before us and nothing to do except twiddle our thumbs.

Somehow we decided to go visit the graves. As many of my readers know, I like nothing better than wandering about in a cemetery. I had further interest in visiting the cemetery because John's gravestone is supposed to be set any day now. (It has not yet happened.) I remembered that I wanted to show Sis two graves that have amazing stories. Of course, it is true that every grave is a story, but so many are not ours to tell. The first is an old story ending a hundred years and more ago so I am sharing with you as I did with her. 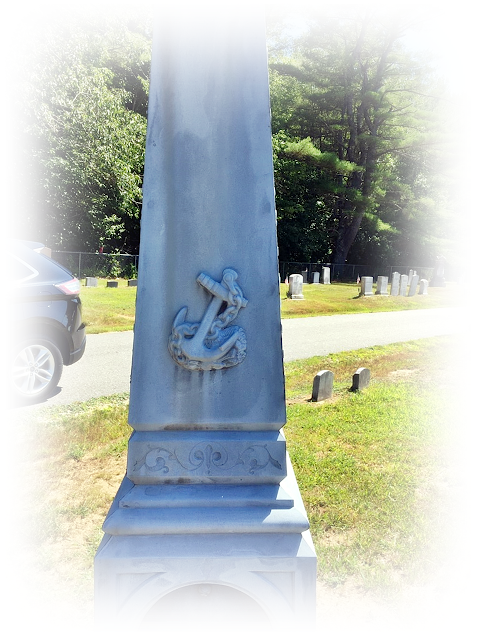 Grave motifs are very interesting. This anchor is a favorite of mine. (If interested, you can find more about motifs *here.*) There's a lamb below that is also wonderful so, naturally, I didn't photograph it. And that's where the story of the Greene family stone begins...with this little lamb named Dora Belle who died in 1882. 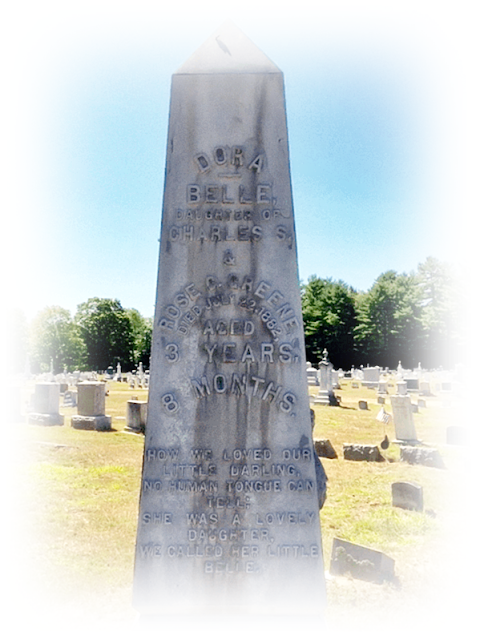 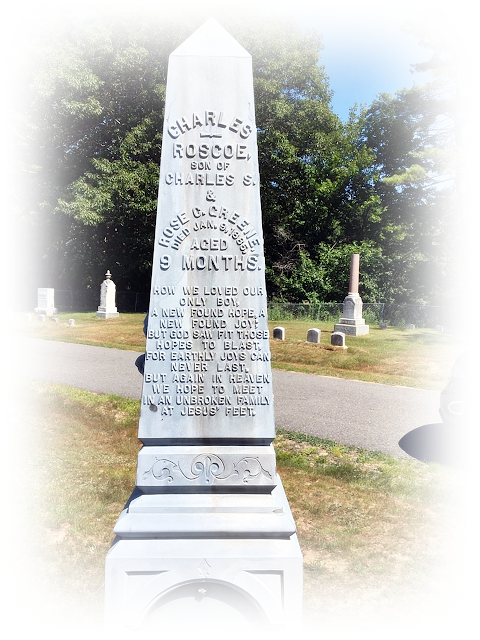 In 1885, tragedy struck again when an only son died at 9 months of age.

John lost a baby boy long years ago. When he showed me this grave, he was particularly moved by the words about little Charles. He thought the family expressed great faith and I think so, too. I also think they expressed great honesty with the words "But God saw fit those hopes to blast..." 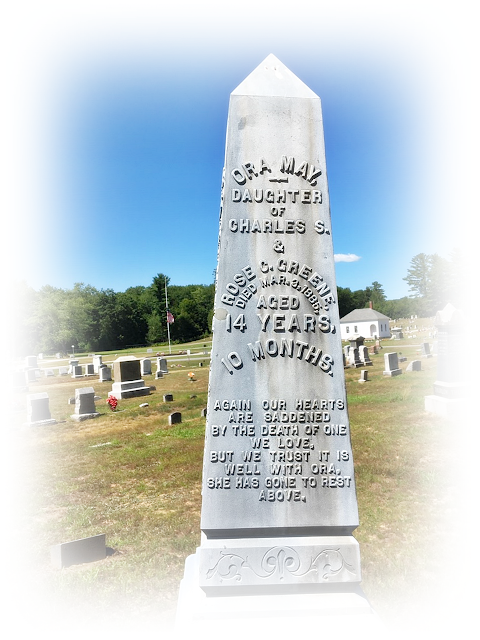 The third part of the story ends with the unthinkable when the eldest and last child Ora May passed just weeks later, also in 1885.

That's a whole lot of tragedy for one family to endure. 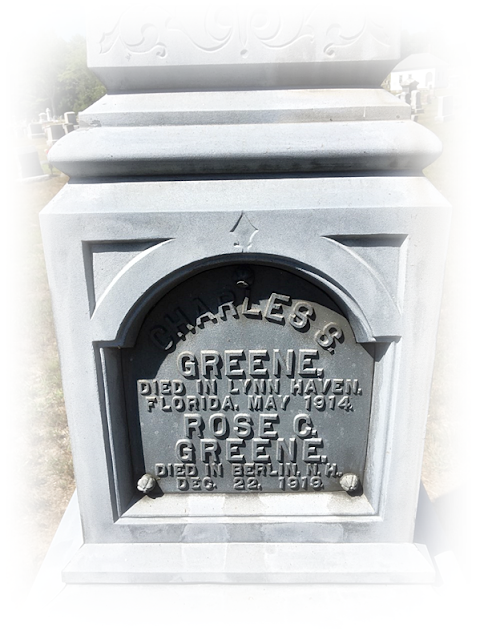 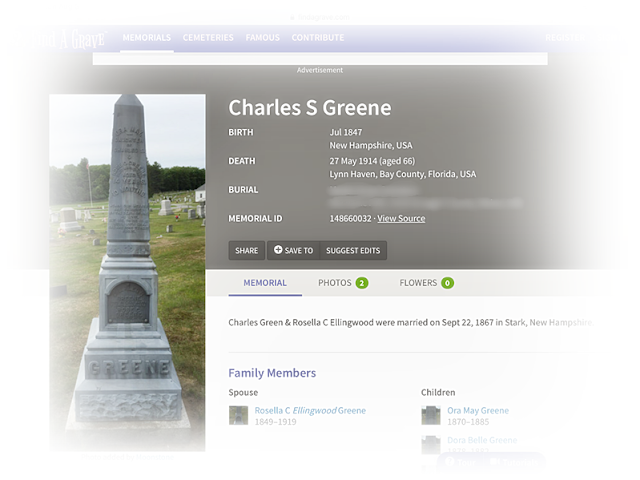 Screen Capture from Find a Grave with further information

I hope one day to meet these folks in Glory. I feel as if I have adopted them as family. I visit them quite often. It makes me happy to know that whatever sorrows they suffered in this life were melted away as they met so long ago "an unbroken family at Jesus' feet."

We didn't know the exact location of the other grave with a most fascinating story, but Sis is good with photos and clues and she figured it out easily. (I knew the story, but had long forgotten where the grave actually was.) 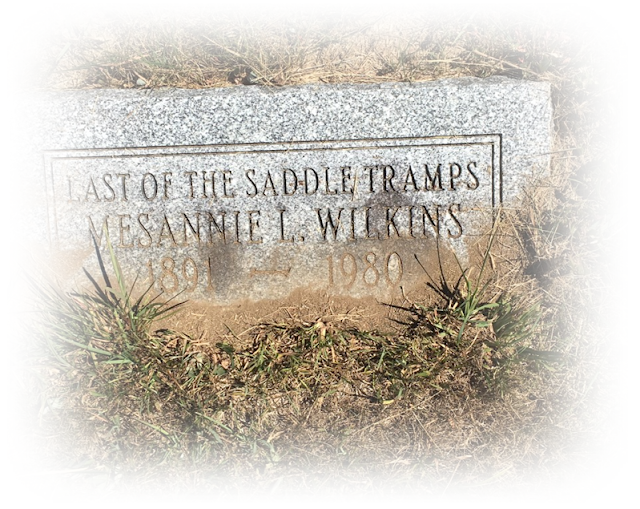 Last of the Saddle Tramps? You can see why John and I were so intrigued when we first stumbled upon it. I am not sure how Mesannie pronounced her name, but I pronounce it to rhyme with Bethany.

A bit of research provided some information. Mesannie lived one town over and around the time I was arriving in the world, she was told by her doctor that she would be leaving it as she had only a few months, perhaps two years, to live.  And that only if she were willing to go home and live a quiet, careful life.

Obviously, Mesannie was a woman with considerable spunk because she said to herself: Nuts to that! If I only have a short time to live, I'm going to do what I want to do! (I have since learned that she felt led of God to do what she had always wanted and set out a fleece before Him to see if it would be okay.)

Prior to finding Mesannie's gravestone on one of my jaunts with John, I knew nothing of her nor did he. After some online research, we learned exactly where she had lived. John just so happened to know one of her neighbors and asked him if he had known her. Yes, he had and he called her  "Mess Annie." She was also known by the name given to the road she once lived on seen below.

I romantically imagined that we would find an old homestead looking this way... 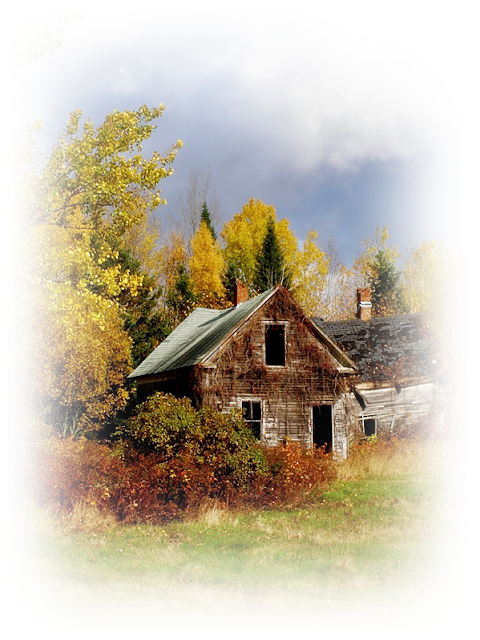 Nope. There were many beautiful new homes overlooking the White Mountains, but no old homesteads. Wherever Mesannie lived on that road, the traces are long gone.

By now, I was suggesting ice cream, but Sis had other ideas. She was not willing to let Mesannie go so easily and so

off we went to the town library where Sis surmised that there would surely be a copy of Mesannie's book. Book? Oh my goodness, yes, Mesannie had written a book of her adventures. Praise be.

We learned that, apparently, there had been a copy of the book, but it mysteriously disappeared and never made its way back to the library. Someone felt that he or she had more of a right to a town story than anyone else. However! The librarian told me that she had a personal copy and, since she knew where to find me, she would allow me to borrow it. (The librarian is my daughter-in-law's boss.)


I won't tell you the rest of the story. Let's just say that you can figure out from her dates that the doctor was proven wrong. Very. 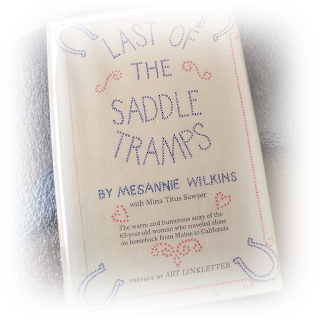 Oh no. That would be just too mean. Here are a few more pics... 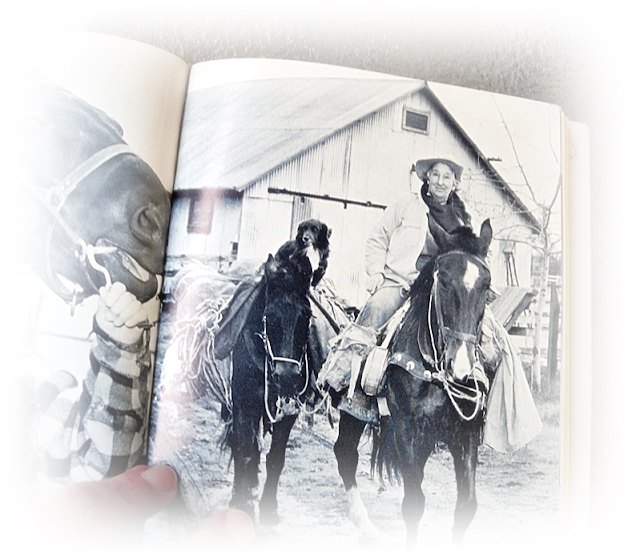 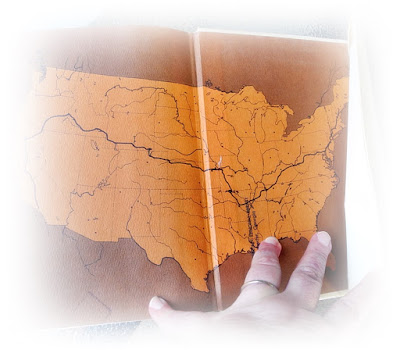 All this leaves me wondering: what do I really want to do...