Thought I'd take it easy on my eyes, my fingers, and my brain power by making a little video for you and by making a few collages of my flowers. They're not getting their usual care so I have resorted to the easy route such as not watering the front garden, spraying my roses with a deer and rabbit spray, and by placing a Japanese beetle trap. I'll be showing my other trap later in this post.

Tuesday Morning in the Outside Room 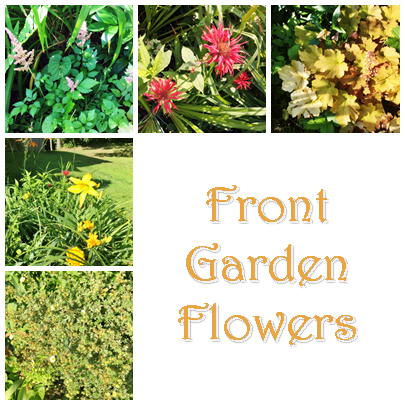 The potentilla in bottom right left 😌 has been eaten right back by Japanese beetles. I purchased a trap for the first time in years and I am quite pleased with all it has captured so far. I see very little evidence of them on the plants now that it has been placed. I know that it is said that they just draw in more beetles than one would ever have, but that was happening anyway. Gotta take it easy on myself. Do you use any sort of trap? 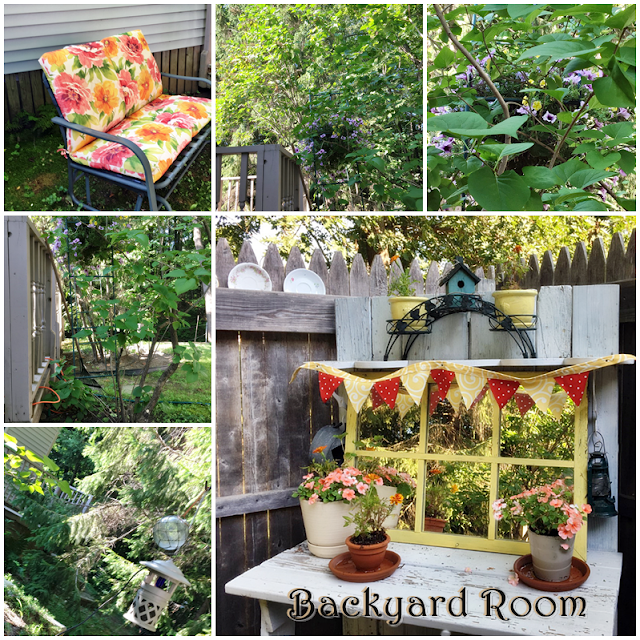 See the Dynatrap in the lower left? I really like it because it keeps my backyard clear of insect pests without trapping bees. I hate cleaning the thing, though. Ugh.

Not sure if you can tell the good the pruning did by comparing the two photos at the top middle and the top right. The middle photo shows after pruning and the right is pre-pruning.

Speaking of pruning, remember last time when I shared the video on creating eyebrows? I liked the comment about eyebrows not being twins but sisters...

Catch you in a couple of weeks!