A little chat about this and that and nothing much in particular. It was chilly this morning so I broke down and turned on the furnace. This is the second time that it has been on this season and, just as soon as the house comes up to 68F, it'll be going off again. I shudder to think about oil prices this coming year...talk about putting a crimp in a budget that already squeaks. 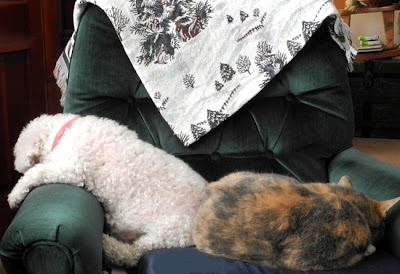 Molly and Fioré decided to combine heating reserves and slept in the same chair for two hours. Believe me, it had nothing to do with friendship.

After seeing my daughter-in-law's tomato patch last weekend, I realized all over again the error of my ways. You may remember my sharing my little garden a few days ago. It was full of green tomatoes and lots of foliage. Here's Em's... 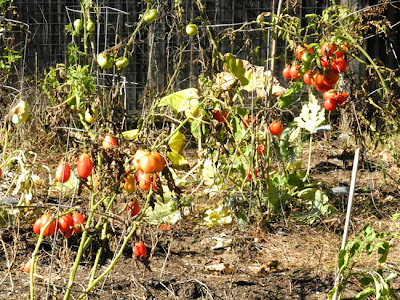 a lot of red and very little green. So I went aboard my tomatoes yesterday and pruned them heavily. Perhaps I'll get another week of growing time. Still, fearing frost last night, I brought in quite a few. (No frost...36F this morning.) My harvest is lining the windowsill. Helpful post with regard to this issue 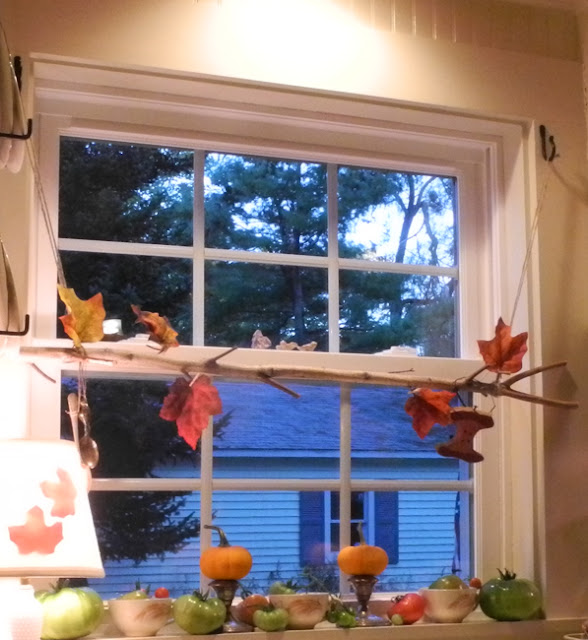 John has been busy at work on the west side of the house. He'll be all done with that this morning and will move on to the front. 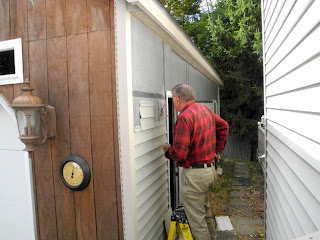 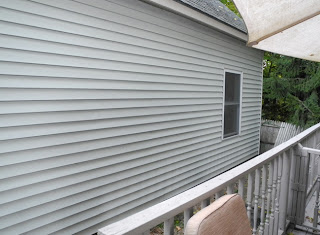 It sure changes the light out there...much brighter. I'm going to miss the three trellises; however, nothing really grew there since the sun doesn't reach it for long. I know that I can find a new home for them.

Do you like those cheesy biscuits at Red Lobster? I have the Bisquick knock-off recipe, which we really enjoy. I scrounged around in the pantry a bit looking for some Bisquick and came up empty. Hooray for the internet, though, because there were several versions of a "from scratch" recipe. Must have chosen the wrong one because we truly hated them. The success of that biscuit comes from its lightness and the ones I made last night were heavy. Looked pretty, but pretty is as pretty does. 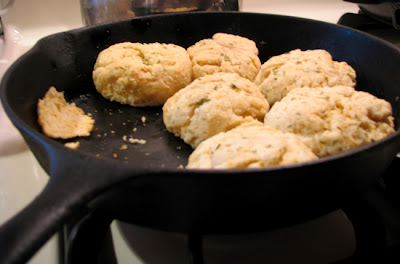 Must end on a sweet note with photos so gear up, you know what's coming... 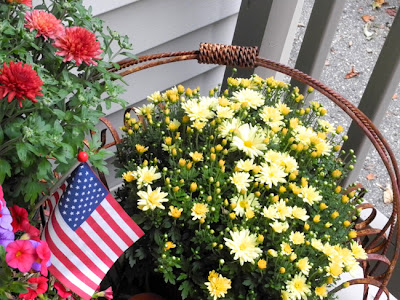 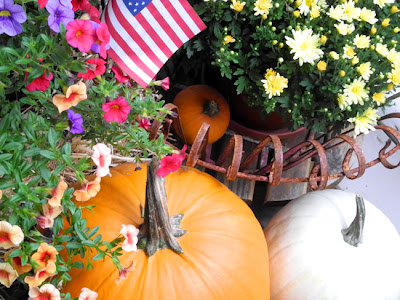 Have a wonderful Tuesday!