Beloved, think it not strange concerning the fiery trial which is to try you, as though some strange thing happened unto you... 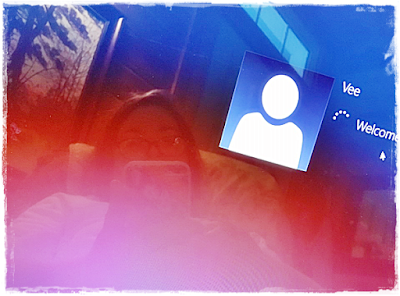 Isn't it lovely when one is welcomed back? Ha! I have been away from blogging for some time. Let's see if I can explain where I have been and what I have been up to. I have been very busy indeed.

Years ago, my mother-in-law (Laurel and Adam's grandmother) had an unfortunate
accident. She had multiple sclerosis and so had challenges from time to time with coordination. On that particular day, she was in her car when she realized that she had forgotten something so attempted to hop out of the car to retrieve it. Unfortunately, the car was still in gear and knocked her down and dragged her over an abutment. The car fetched up, praise God, but she was hanging upside down over that abutment. She told me that her first thought was this: So this is how you die. Her second thought was to pray. I am happily able to report that that was not how she died for God miraculously answered her prayer.

At the end of March, I was sitting in a doctor's examining room when he, as calmly as possible, said that we could not ignore "the elephant in the room." My first thought was this: That is a most unfortunate phrase. His next comment came as no surprise whatever. Cancer.

And so began all the usual tests and procedures from scans to biopsies to blood tests, etc., etc., etc. At first look, I was told that if one had to have cancer, mine was a "good" one to have. A simple prescription would clear it all up and I would only have to take that little pill for the rest of my life and all would be well. On second look, it turned out to be a whole lot more complicated. This means that I will begin a course of chemotherapy treatments starting next week. I have already been having physical therapy three times a week and have had a port placed for receiving my "cocktail."

I will probably continue to be purposely vague just like always and only provide snippets of things. You don't really think I'm posting pics of Bald Vee do you?! Horrors! (I have my hairdresser on speed dial.)

Now allow me to share a few photos taken this morning.


I'll probably be under that cozy gift next week. Abby told me to imagine that she and her friend Judy were praying whenever I am under it. I like that. And I know that you will pray, too. Don't be wimpy about it! A good thought is lovely,  but does not have the impact I am believing for.

Leaving you with this beautiful Scripture that has been on my mind often. I first mentioned it here.

For there is hope of a tree, if it be cut down, that it will sprout again, and that the tender branch thereof will not cease. Though the root thereof wax old in the earth, and the stock thereof die in the ground; Yet through the scent of water it will bud, and bring forth boughs like a plant.
Job 14:7–9

Labels: The Scent of Water