And a Fun Day Was Had by All

<So the new blogger was rolled out I see. A minute in and I already see problems. Okay, Vee, calm down, carry on.>
If I get any further behind, I'll never catch up. I want to document, for myself, the wonderful Labor Day we enjoyed at my daughter's home on the river. I have made a little movie and I hope that it will show the shape of the day, but the movie is a little out of focus so I am also adding photos.
That beautiful September day, I drove to my sister's home and from there we went further north to Laurel's. Laurel was mowing when we arrived, but soon gave the job over to my grandson Sam... 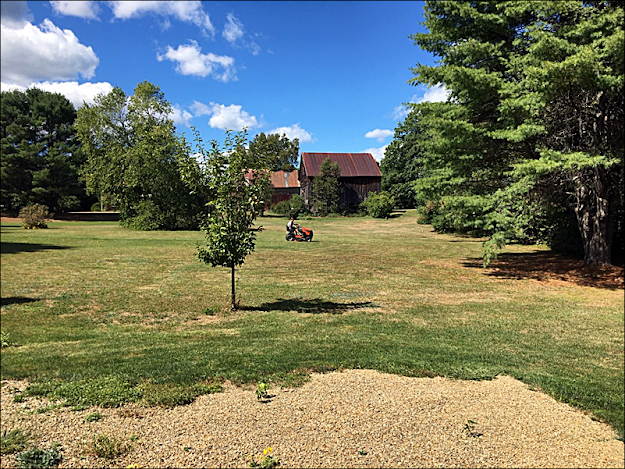 because she and her brother had to get the grill going. 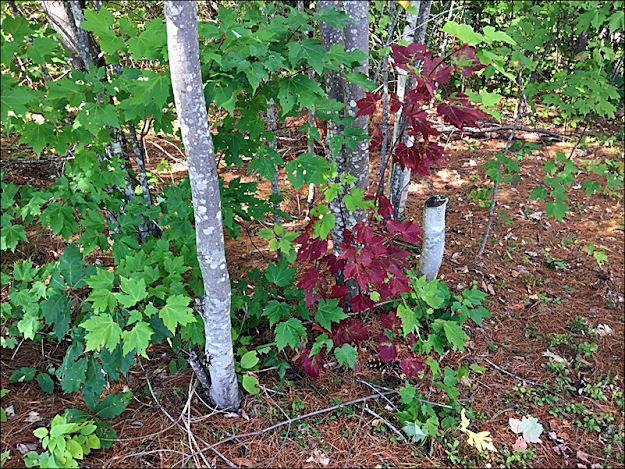 There was a bit of color... 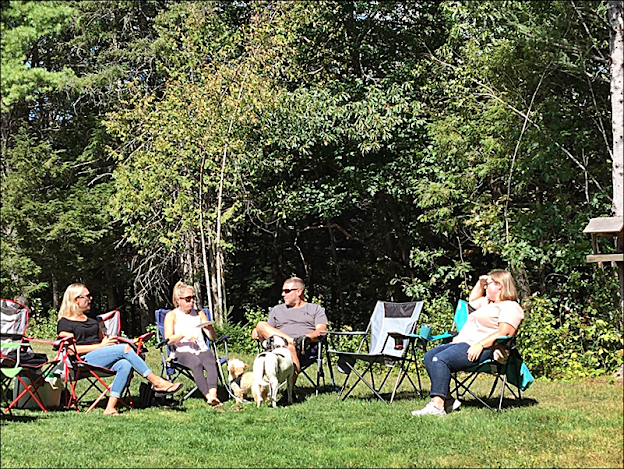 There was time spent chatting and eating, but it was a remarkably active crowd. 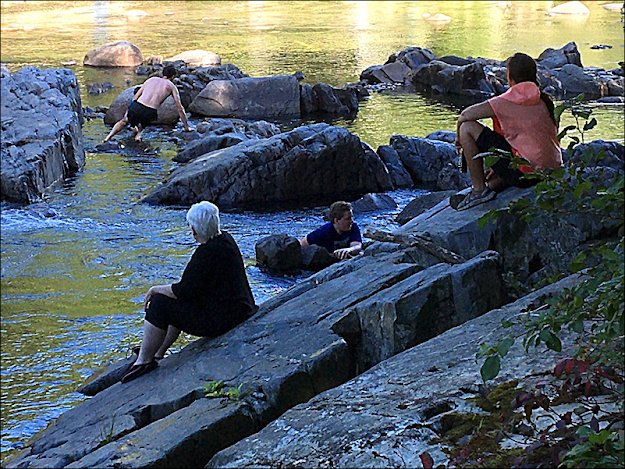 Time at the River... 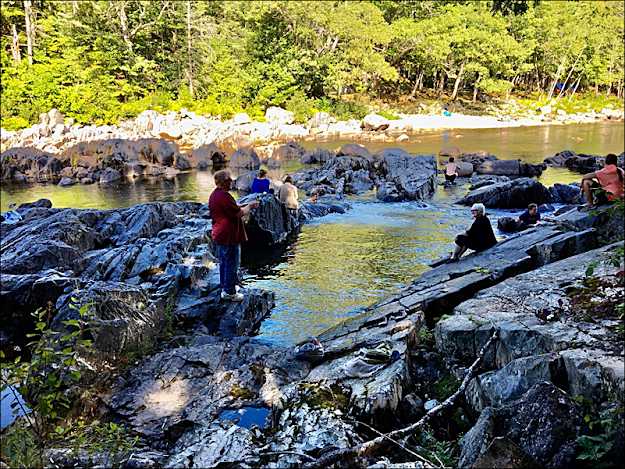 And time in the wiffle ball field... 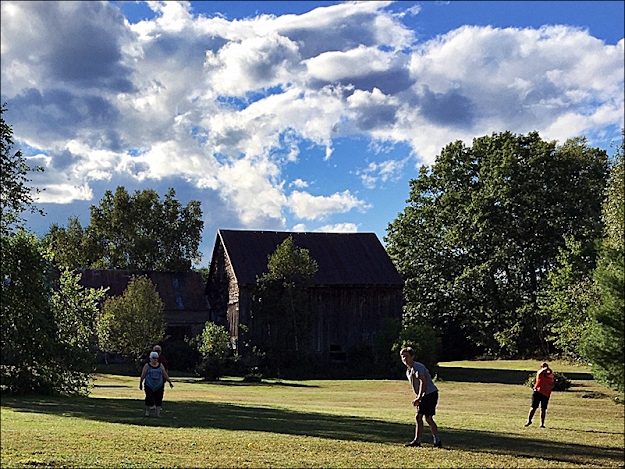 where big boys and little boys played happily together. (Girls, too, of course!) 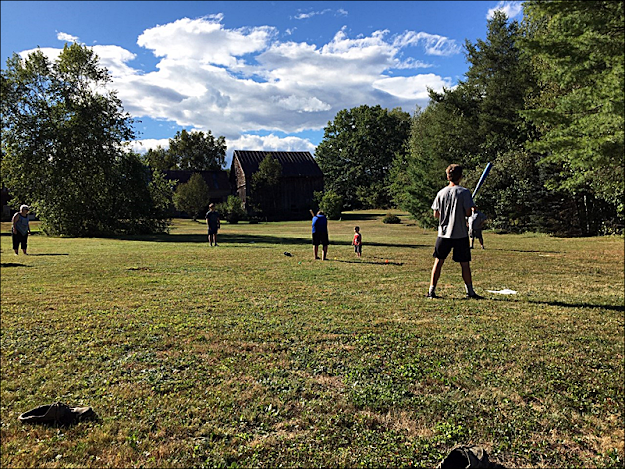 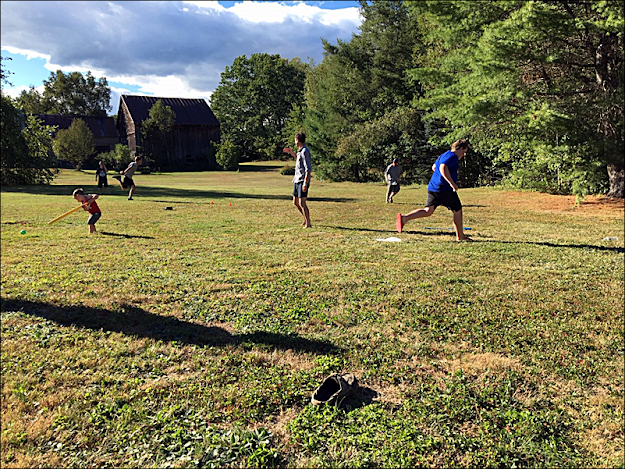 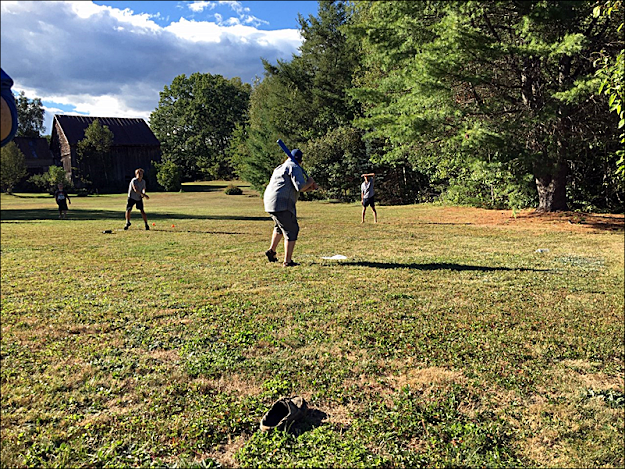 My sister's grandson spent some happy times in the middle of the field. At one point, when she had a hit and was running bases, he watched surprised as she sped right on by him. "Grammie," he said in an accusing tone. "I can't stop, Emmanuel, I'm playing a game." ツ
And that was not all...Laurel remembered Streamer Tag which captured Emmanuel's imagination completely. 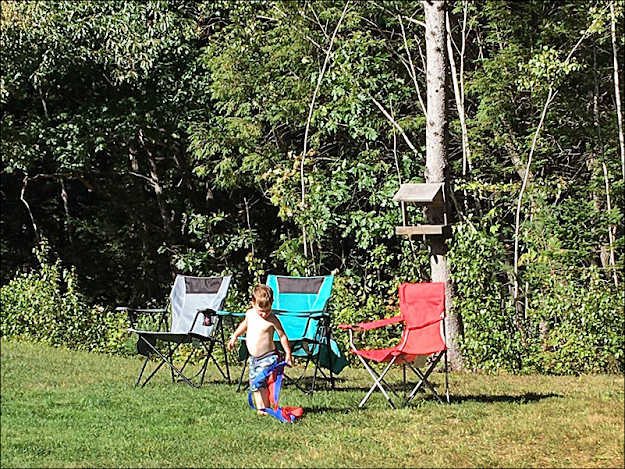 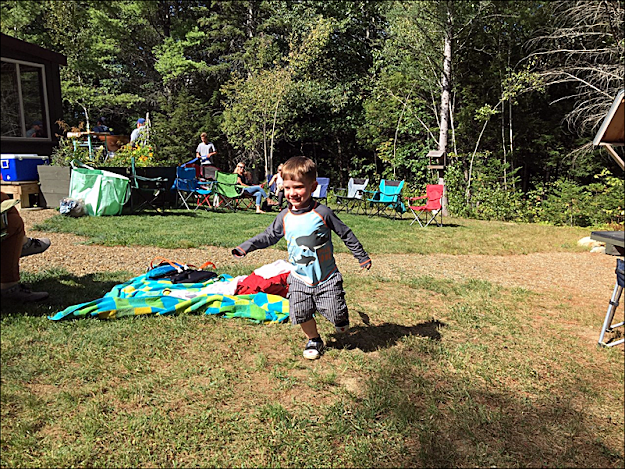 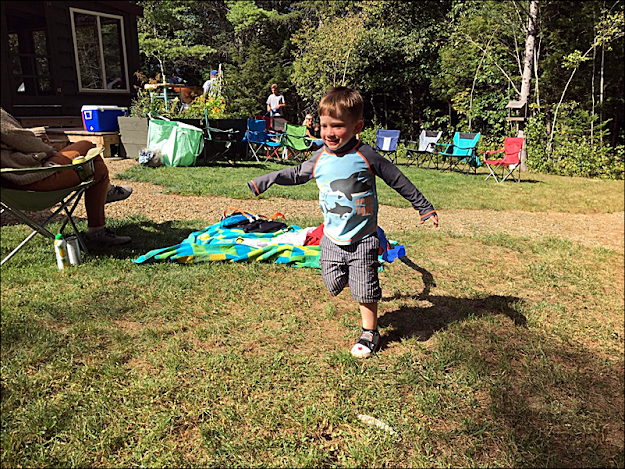 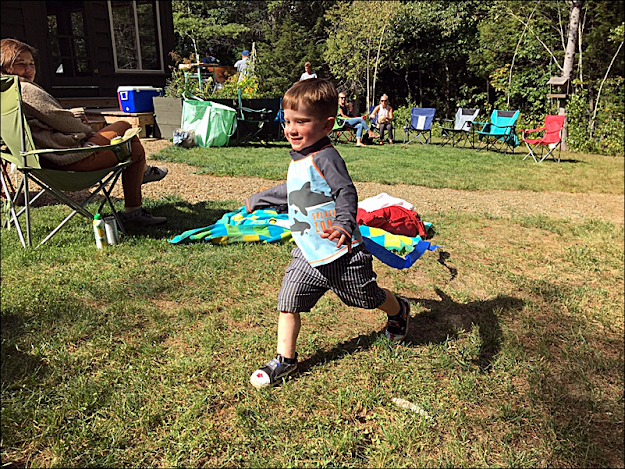 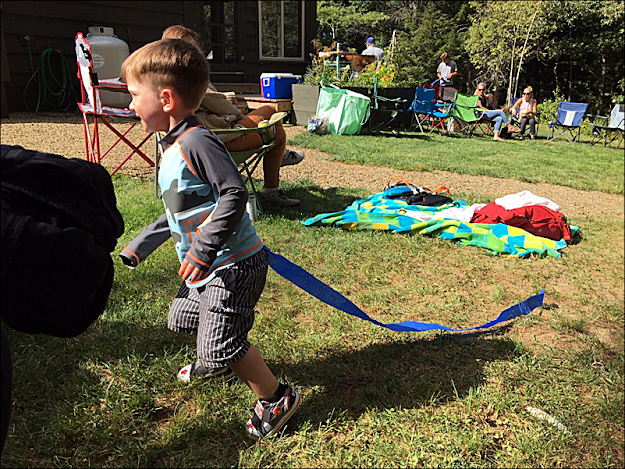 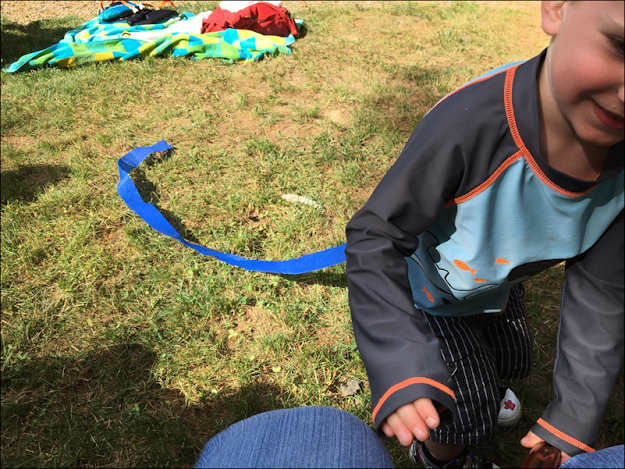 Emmanuel arrived at my knee because I had the nice cold drink he was making short work of. It was a lovely day and I am grateful for it.
Adam meets Anneke for the first time...

Since then, I have been stuck in the garage trying to reclaim some much needed space. Perhaps, if I get more brave, I'll share.
Yup, it's been an adventure posting. Hope it flies.
Thanks for your visit.