Inspired title, say what? Another warm and muggy morning and I've waited until the last possible moment to get Donna's photo challenge done. Well except for this. I can't show you this. 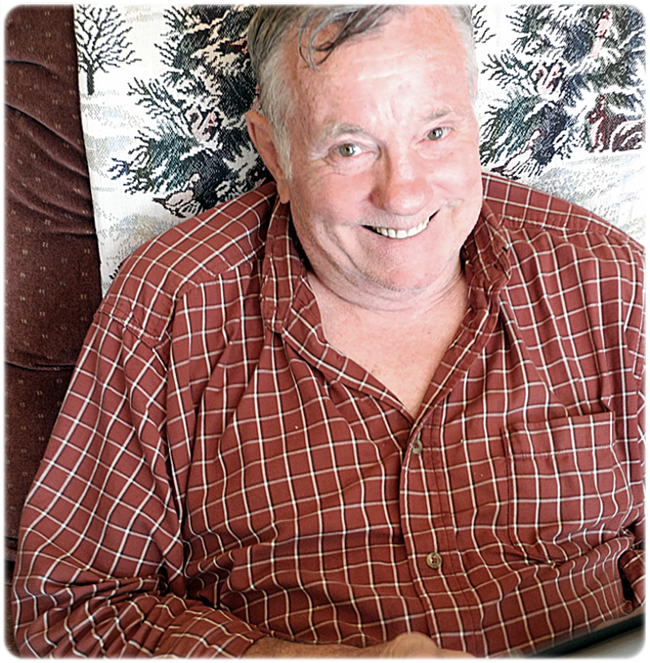 See what I mean? Poor man was in for lunch and it was another warm, muggy day. Still he was a good sport willing to pose for my experiments. This one was following the suggestion of taking a photo from above. I don't think that the subject is supposed to follow the camera, but we'll see how it goes. I want him to pretend to read something as that's the way I see him so often, but he wants to see what I'm doing. I may have to resort to stealing someone else's stuff like this photo of three fisherman that my niece sent me. 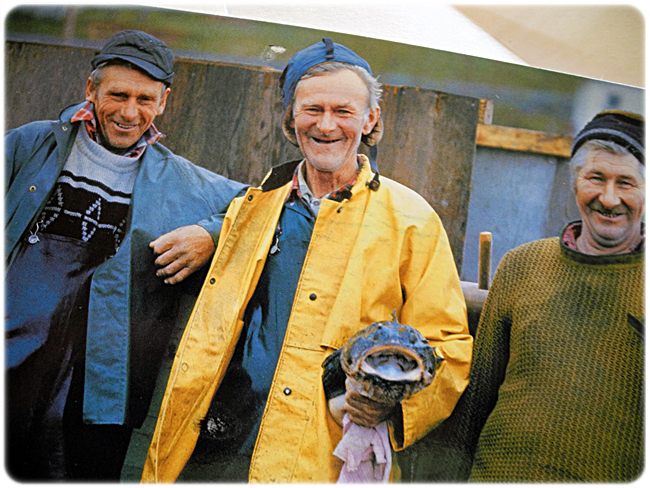 That's a great picture of all four of them! 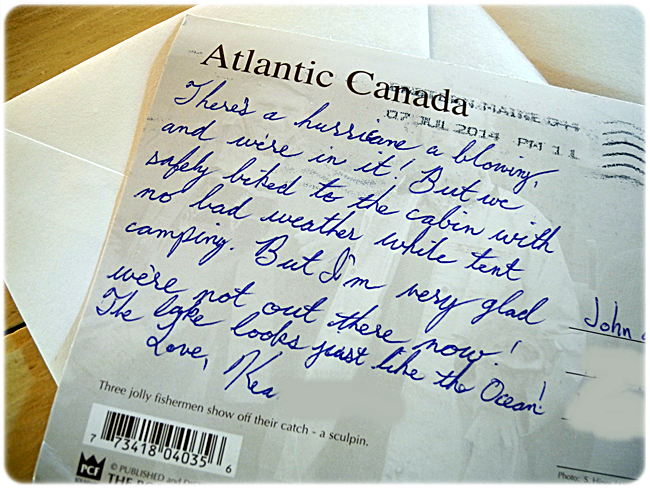 This was the cryptic message on the back. I'd have been worried, but I know that she is safely home in New York City. Note the difference in terms...she says "cabin;" I say "cottage."

Well I was going to say more, but I'm running out of time. I'll save it for Saturday or something.

Have the muggies returned in your corner?
Posted by Vee at 7:49 AM