The weather has been spectacularly fickle this season. Wonder what summer has in store. I am just popping in a few pictures of my wee garden at my wee haven for purposes of memory. 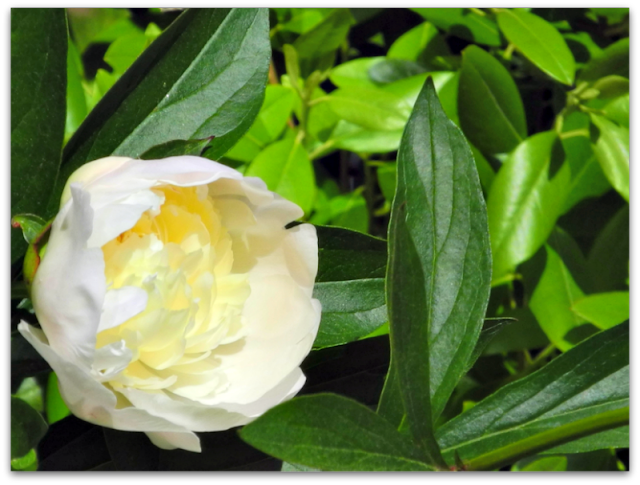 Those of you who grow peonies shall not be impressed with my small showing, but it has improved by two hundred per cent. Last year, I had only two blossoms; this year, six! They seem very faded to me and not just because they were in the sunlight. 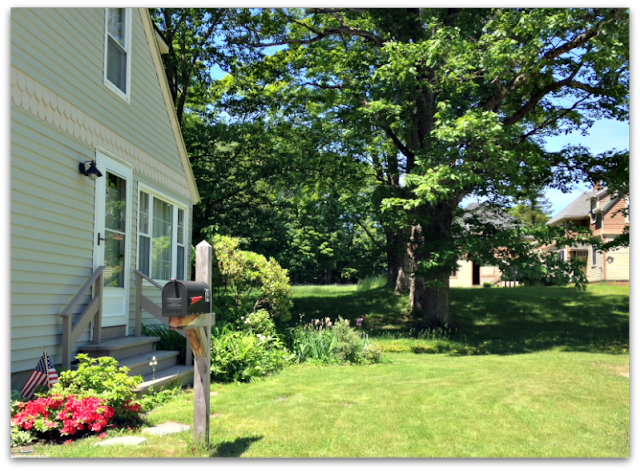 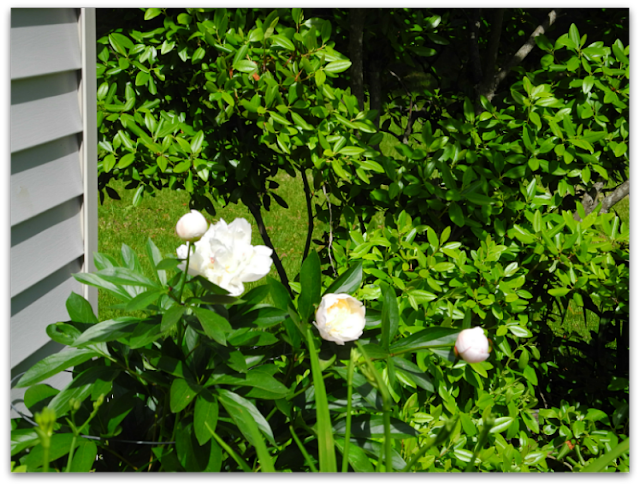 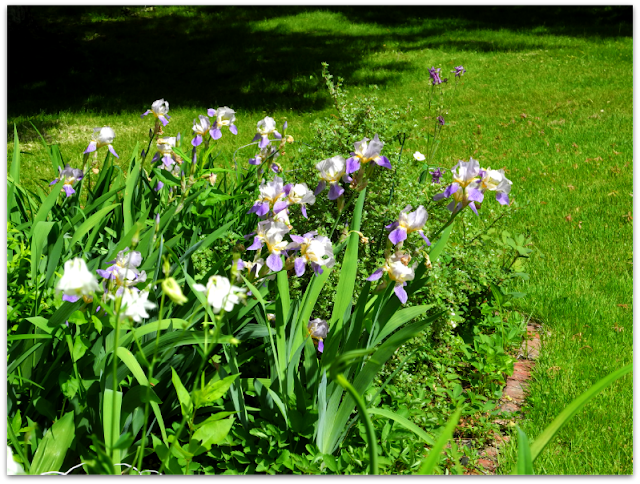 The irises have taken over quite well as I have plenty for household bouquets this year. This is the most I have ever seen. I should introduce more variety!

That's about it for the front garden. The pink azaleas have long gone by; the red ones in the foreground of the front yard shot are still blooming, but on the wane. I figure that we are two to three weeks behind based on the yellow pollen everywhere that usually arrives over Memorial Day. The petunias are doing well in the dappled light of the arbor and lilac tree. Since I learned how to properly deadhead them, I have a better time keeping petunias lush and full without getting straggly. These live in the back yard. 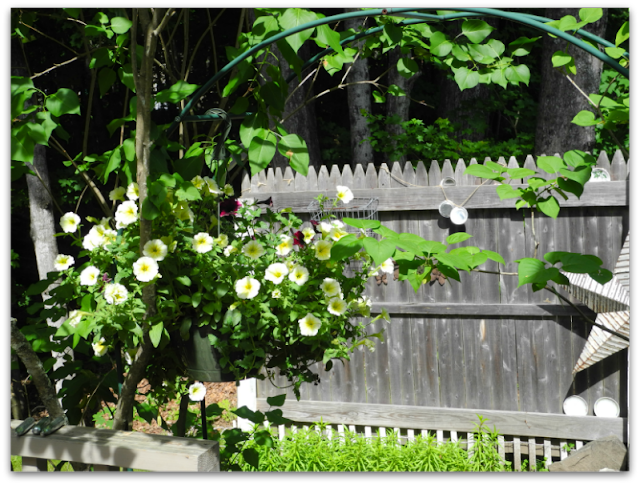 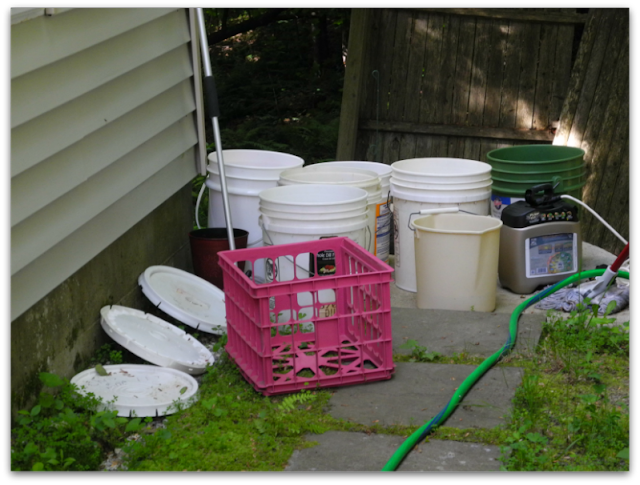 Also in the backyard...pails that needed scrubbing after the garage was cleaned out. My grandsons were with me the past two afternoons and they made short work of this chore. I love kid power! Then we marked 5, 25, and 50 on three of the cleanest of them for a game of toss. I'll be saving those buckets. The others are getting recycled. 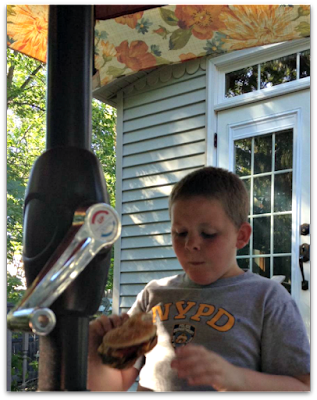 A double quarter pounder was Jake's reward on Flag Day. No, he could not eat it all. He thought he was extra hungry after scrubbing buckets. After supper, it was off to his final home baseball game. I finally made it to a game, but missed out on all of Sam's altogether.
< Slapping self in head. >

The boys told me that Jake's team lost 20 to zip. Discouraging. The coaches told them to just ignore the other team who were in high spirits as you might imagine. Jake said ruefully, "That's not very easy when they are yelling like that every two seconds." ☺

Yesterday was another lovely day. Jake arrived on the bus and Sam arrived on his bike. 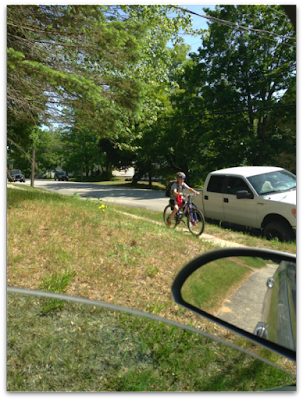 My back is feeling better with each passing day...thank you for thinking of me. Do you have a wonky back? What's your best advice? ☺

Postscript: Thank you to all who gave suggestions for a wonky back. I appreciate them and will use them and, IF I am ever totally incapacitated, I might even use Jill's (Thoughts on Life...) suggestion! Check it out!
Posted by Vee at 3:00 AM