What fun! *Stephanie* organized another gift exchange. This time she suggested either a mug or a tea cup. I signed up for a mug this time having done *a tea cup last time.* 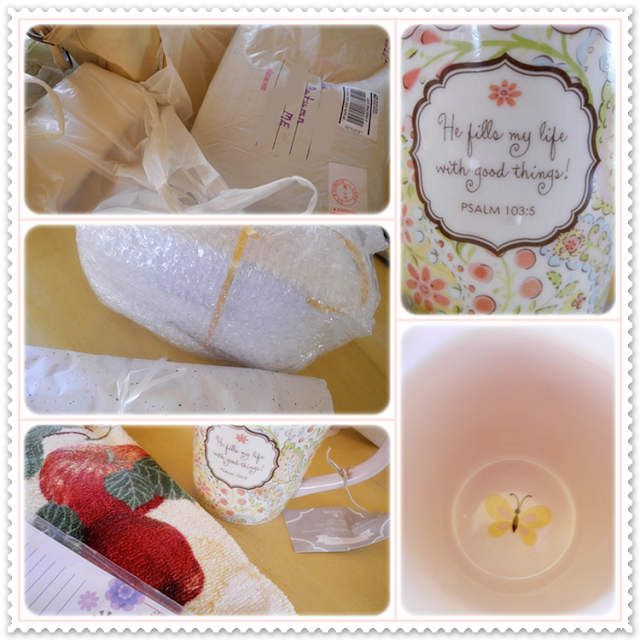 Why, yes, I really do live on Autumn Lane...

All the gifts were wrapped so nicely...


More than a mug — an apple kitchen towel and a magnetic list for the fridge...

The mug is beautiful with pinks and greens, blues and yellows, and the scripture "He fills my life with good things." It's a DaySpring mug.


Even the inside is pretty! 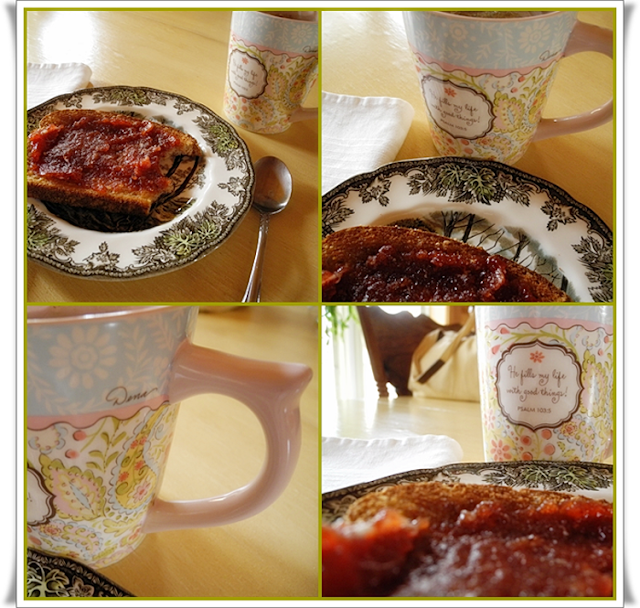 I have used my new mug every day. I especially love the design of the handle because it is so easy to hold. Roxy is the giver; she blogs at *Living From Glory to Glory* Thank you very much, Roxy. The Lord does fill my life with good things and one of them has been meeting you!

My recipient is Kitty at Kitty's Kozy Kitchen. It has also been a blessing getting to know her!


For those who have wondered about the apple butter mentioned yesterday, I followed a recipe found on Pinterest. However, it called for brown sugar and spices such as nutmeg and allspice. We're cinnamon fans and not so much nutmeg fans.

White sugar was used instead of brown. I added my peeled, sliced apples to the crockpot with the sugar and cinnamon and cooked on high for two hours. Then I cooked it an additional two hours on low. (I did stir occasionally.)

I mashed the apples with a potato masher because we like it a little chunkier. The recipe had suggested blending. I bottled the apple butter in a sterilized jar knowing that we'll be eating it up in a week's time. That's all there is to it.

I had about a dozen apples and not the greatest ones so perhaps eight good-sized apples would be the amount. A cup of sugar, two teaspoons of cinnamon, but do yours as you wish. I did add between an eighth and a quarter cup of water in the beginning because the apples seemed dry.

(I can not find the exact recipe I used, but *this one* comes pretty close with the exception of cooking time...ten hours! Wow. That's a lot of room freshener.)

It's best to make the apple butter your own. Consider texture, sweetness, spices. From there, you can create a customized recipe.

Come back tomorrow and I'll reveal the results of a recent giveaway here. Giveaway? Yes, I'm strange that way. A mysterious giveaway and one of you has already won. 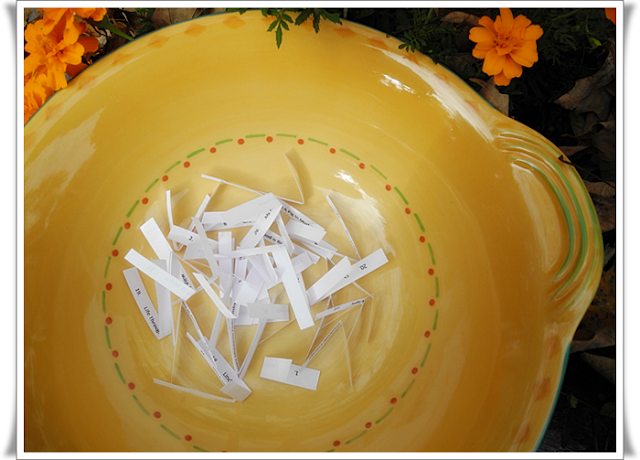 ~names in the bowl~

I'm sure that some of you are excellent sleuths and can figure this one out! 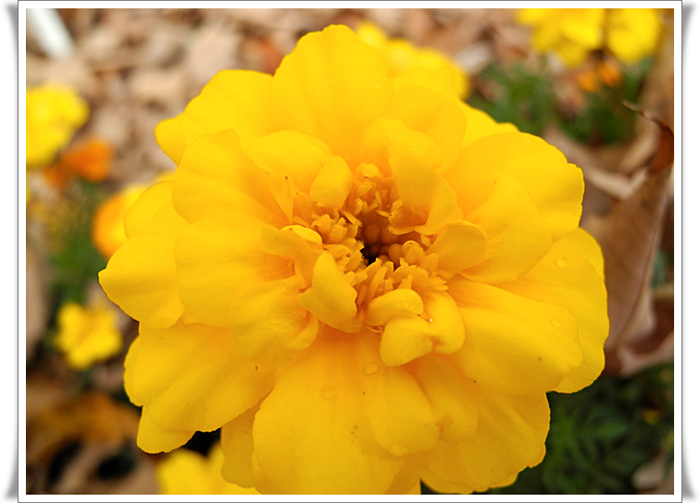 Hasn't this fall been amazing so far? Even my morning glory is happy. I'll show you another photo of her tomorrow, too.

A blessed day to you and a happy weekend!