Thank you for the great discussion yesterday! It was so much fun that I think it'll be an every Wednesday thing for the next few weeks of Downton Abbey. Next time, we'll only have Episode 5 of Season 4 to discuss so it won't be quite so involved. I promise that a notice will come first for those who are behind or don't wish to run into a discussion on a blog.

John and I had a little discussion yesterday morning that went like this:

Me: Honey, are you stressed?
John: Why do you ask?
Me: I think I have proof.
John: Like what? 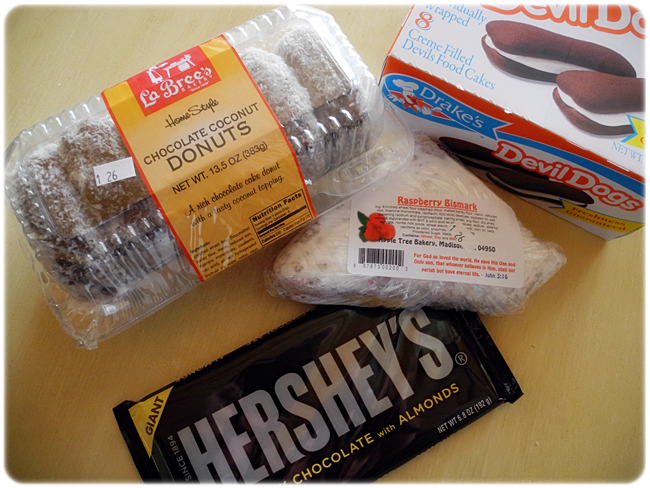 Whenever the table looks like this after John's been to the store, I can pretty much bet that he's having some stress. He was. The car. It needed repairing. We didn't have an extra grand to spare. He's been working on it. It's cold.  He is pretty certain that it's fixed. Ohhh...perhaps these aren't stress relievers after all; perhaps they're for celebration!

Later in the afternoon, John took out his stress in an arm-wrestling match. (No eight-year-olds were hurt in the telling of this story.) 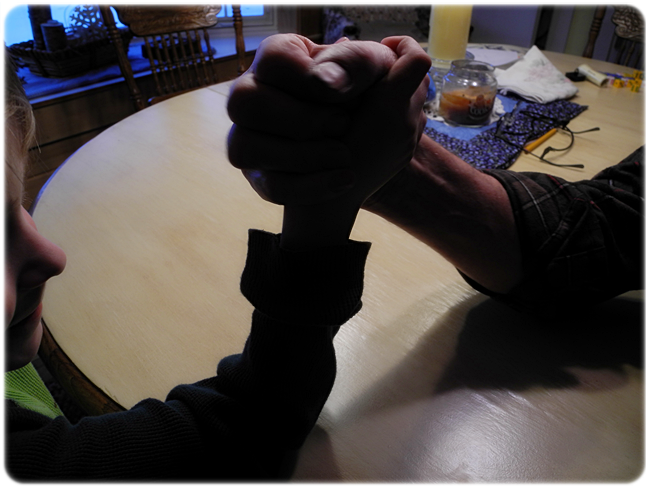 ~grim determination in the face of great odds~ 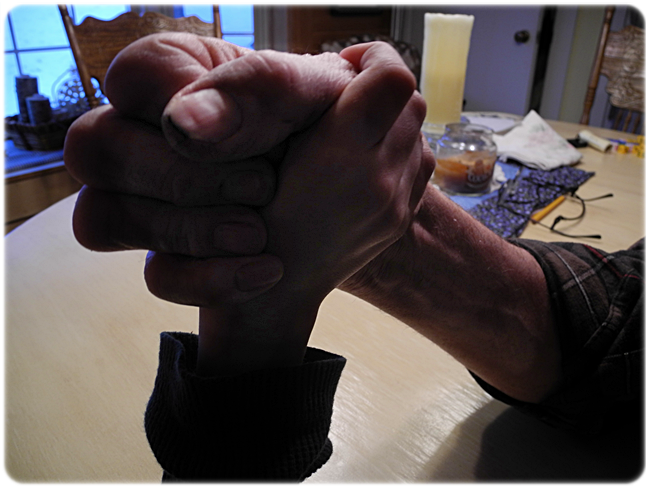 ~look at this mismatch~ 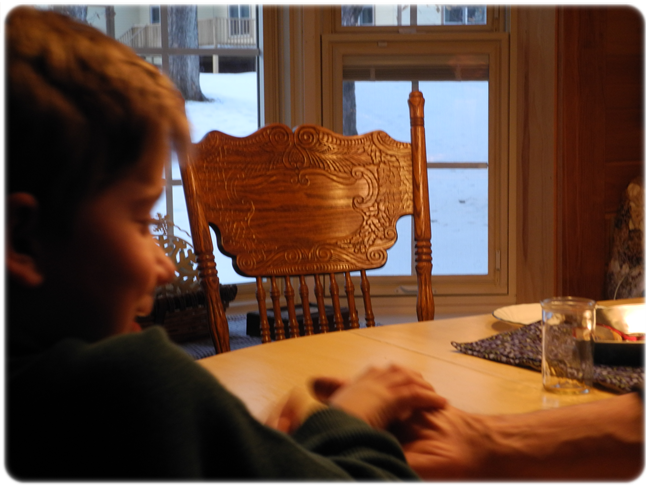 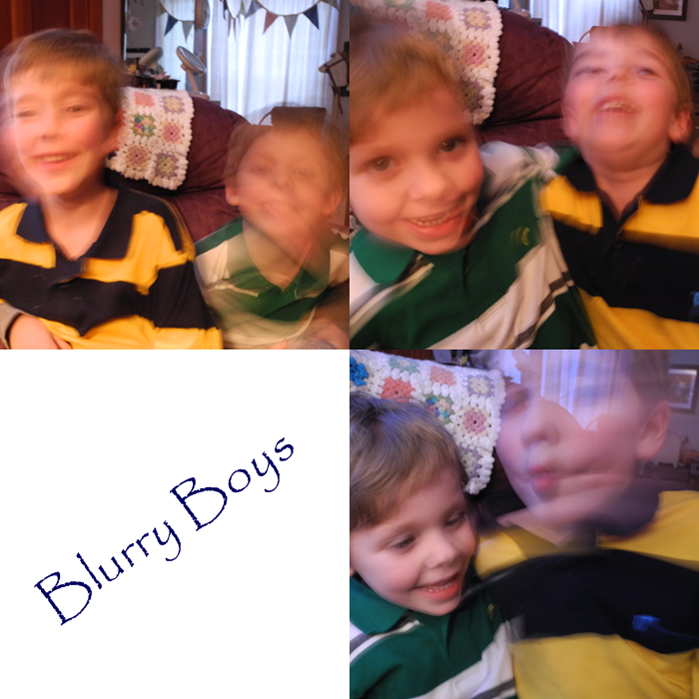 I'm going to start calling them the Blurry Boys. They sure can move! We come home from the bus stop, have a snack, do homework, read, play basketball, and end with some time on the iPad. An hour and a half of rollicking good fun! (Unless it's all day of rollicking fun as it was on Martin Luther King Day.) 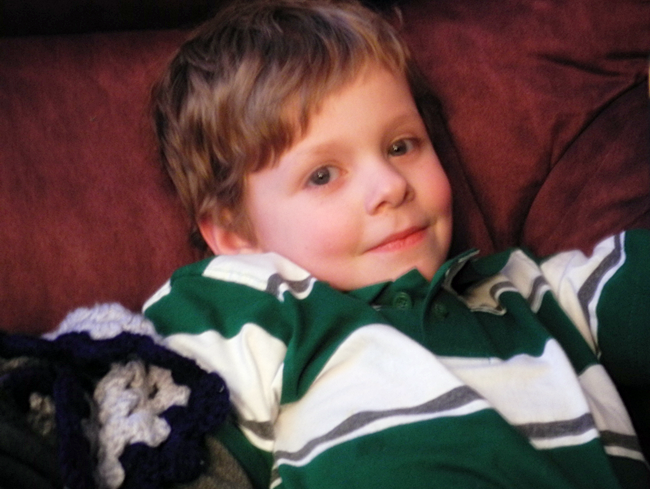 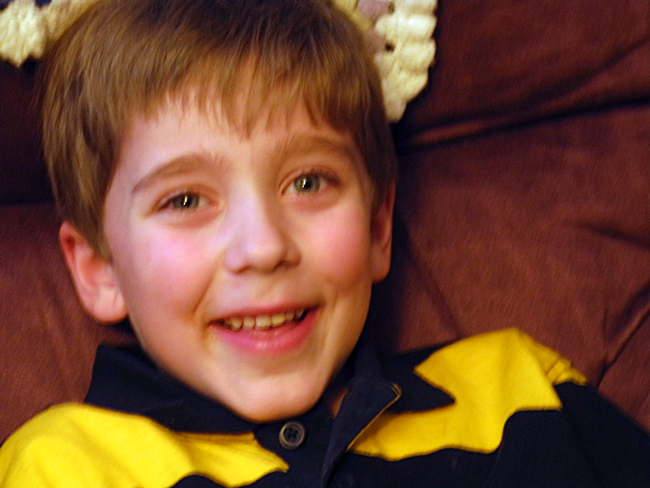 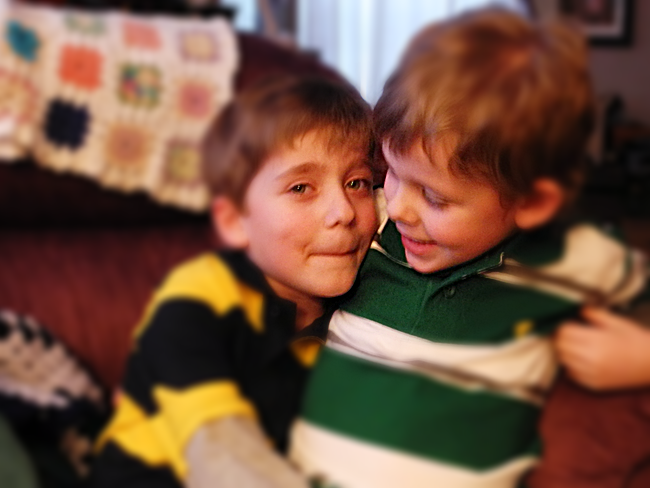 Both have recently celebrated their birthdays so now they are behaving like little gentlemen. True. I'm getting a lot of mileage out of those new ages. They are my favorite boys in all the world.

What do you do when stressed?