One thing I have learned about myself by blogging is that I love to whine. Yup. I'm a regular whiner with a bit of cheese tossed in.

Now that it is time to gather the moments of June, which is, as you know, nearly unbelievable, I see that I have been "happier" in June and am only "unhappy" that it has flown by so quickly. There have been many high weather days and I hope that they might continue into July.

The garden began blooming in late May, but early June brought the first irises. We are ending June with the bolero lilies in bloom.(No thanks to the lily beetle.) 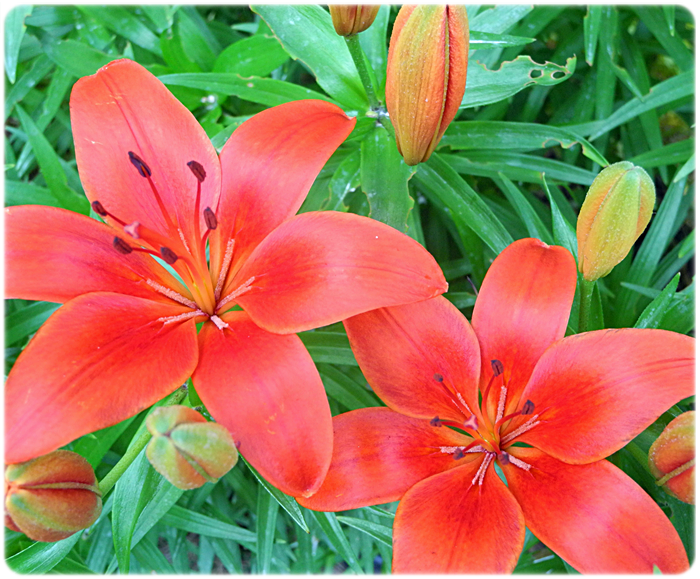 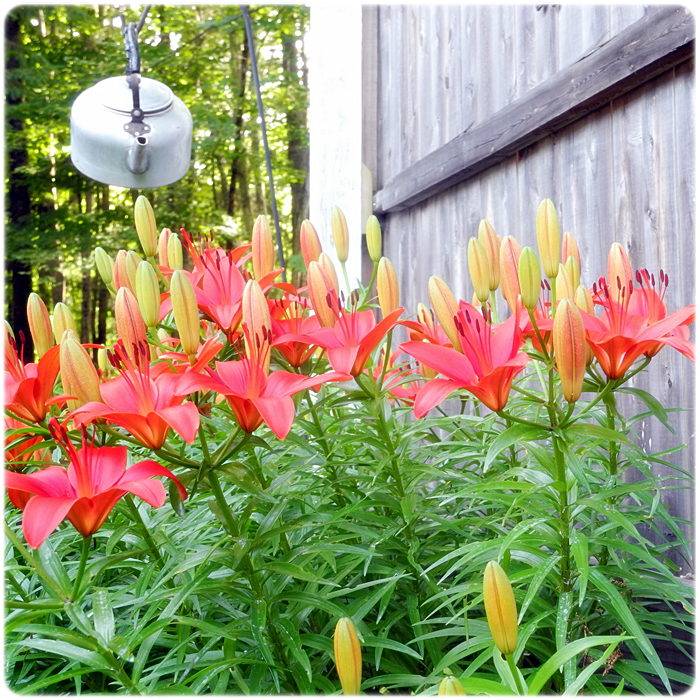 ~lots and lots of blooms~ 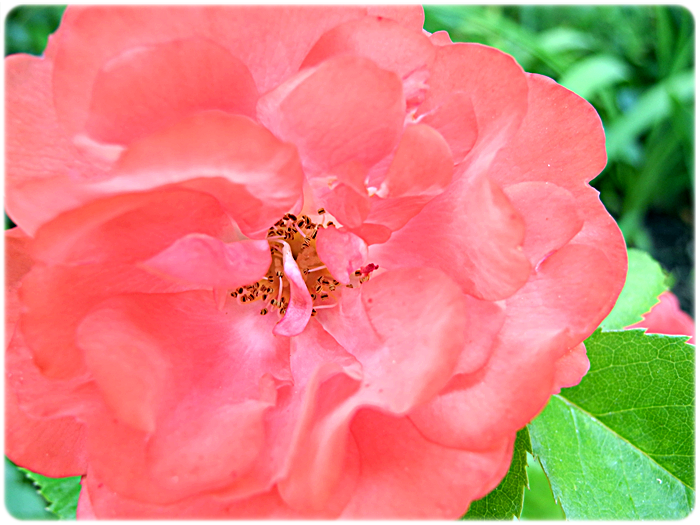 Today will be the first day without seeing the grands M–F. What a special time I we had to get to know them better and to enjoy them so often. I do have a date set up with them at the end of next week so that is something to look forward to. 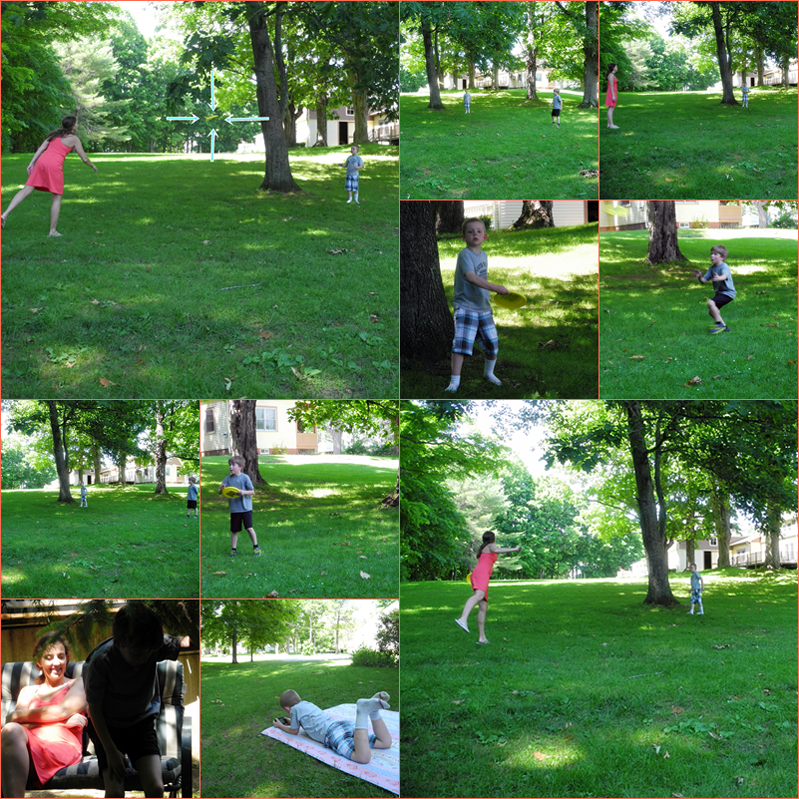 ~frisbee on an idyllic afternoon~

My daughter often came on one of her afternoon's off to give the boys some active playtime. I so appreciated it, too, because they love to play challenging things. I could hear Sam often telling his aunt that she didn't throw the frisbee fast enough and she would say, "What do you want? I'm wearing a dress!"

Speaking of active, we watched a lot of baseball in June. 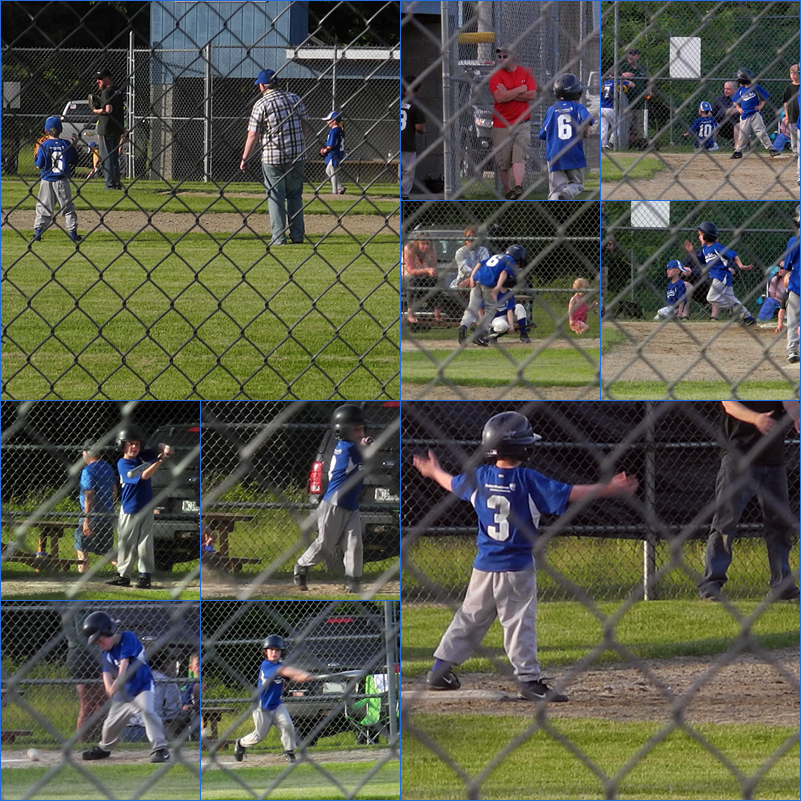 The grands saw a lot of action as did their dad who was a coach (seen all together in top left photo: #s 6 & 3). Then there were moments when nothing seemed to be happening as shown by Jake's upstretched arms in the bottom right photo. LOL!

And that's how I feel about a month of blogging. It might feel to me as if nothing has happened, but quite a lot did.

So I end the month being able to say, as I began it: God will take care of you.

Thanks to Cheryl at Thinking About Home who helps me remember to look for the good things and to honor the days.
Posted by Vee at 9:46 AM