This month's party took me in a completely different direction from my norm. Perhaps being fresh from Donna's Personal Photo Challenge (see sidebar button) and Diane's black swan in particular, I was inspired to try something new.

These photos were first featured as a mosaic on a post called Enchanted Place.

One thing that slightly annoyed me about the original photos was the way the light blew out because I had zoomed on my grandsons as they walked farther and farther away. PicMonkey helped me remedy that by filling in the white patches with a twilight sky. 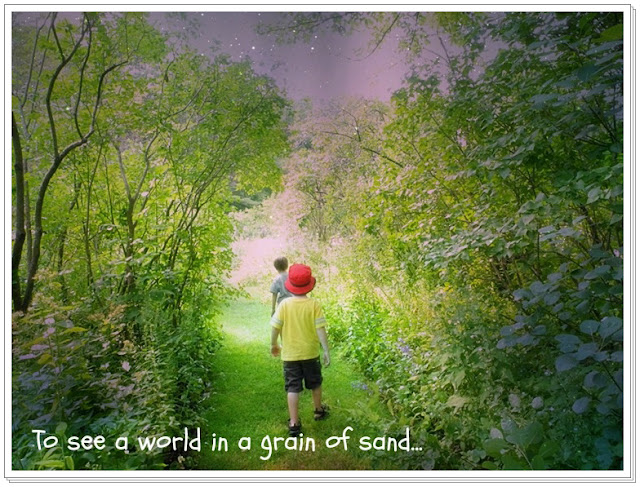 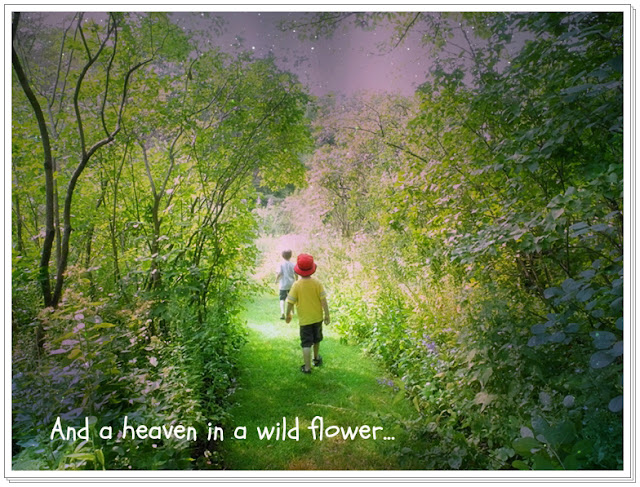 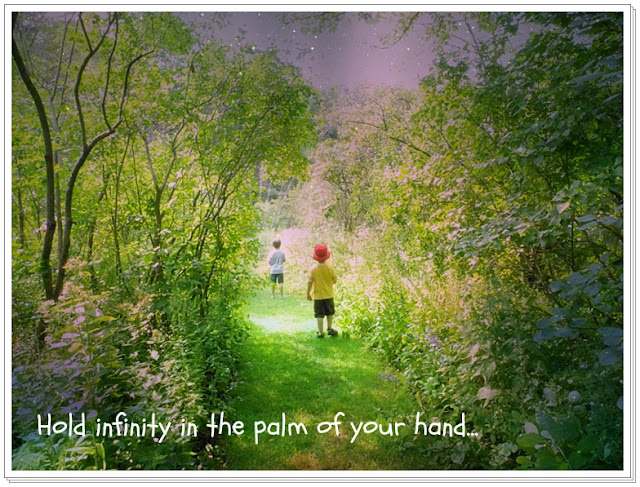 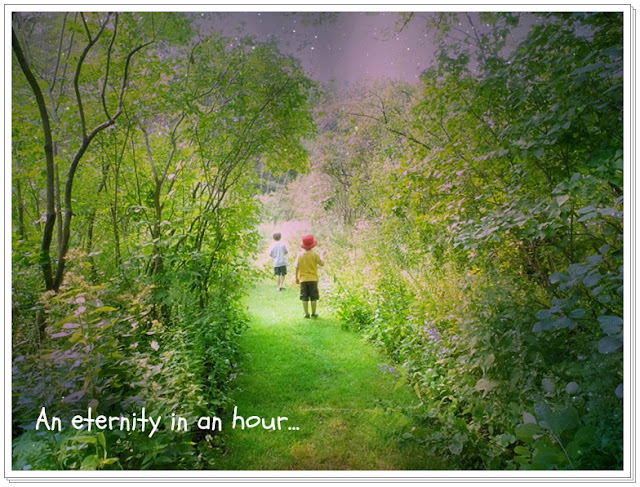 Now the grands are walking in a twilight garden. I thought that John would say that it looks like The Twilight Zone (he uses that line a lot), but instead he teared up and said, "They are walking ahead of us into the future." Okay. That's about enough of the sappy stuff. *Sniff*

Inside each card, I'd print the poem stanza:

To see a world in a grain of sand

And a heaven in a wild flower

Hold infinity in the palm of your hand

An eternity in an hour ~William Blake