How Are the Elves Doing? 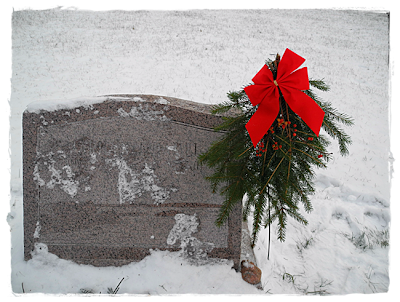 It had been very much on my mind in the wee hours of the morning and not so much when I could do something about it. That is the Christmas arrangement for the cemetery. I used to say for my mother, but that's ridiculous. She's been happily living in glory for nearly three years. Time goes by so fast. Anyway, I would fret in my nighttime thoughts that it would snow and the gate would shut and I would not be able to get in. Sure enough! That's exactly what happened.

Yesterday morning found two figures walking bent into a stiff wind carrying the paraphernalia required for setting up a small spray. We were some kind of cold! I asked John later how far we had walked and he began with a mathematical equation, the likes of which I had never heard, and finally concluded that it was about a half a mile all told. I don't know. What I do know is that I should pay attention to those nighttime warnings. 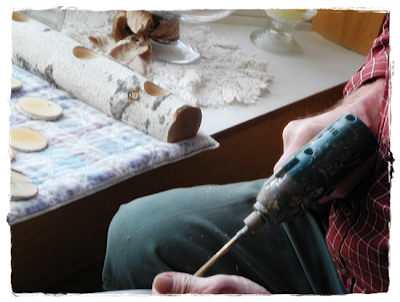 We have both been quite busy. John has been working at his shop in this bitter cold, but did this drilling for my project right here at home. 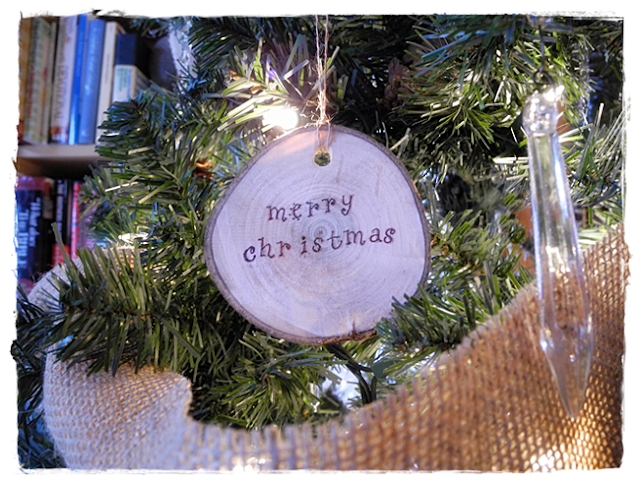 There are a number of these to do. I will put names on many and Christmas phrases. This is a Pinterest idea. The method I used was to stamp the disk first and then retrace and fill in with a brown Sharpie. 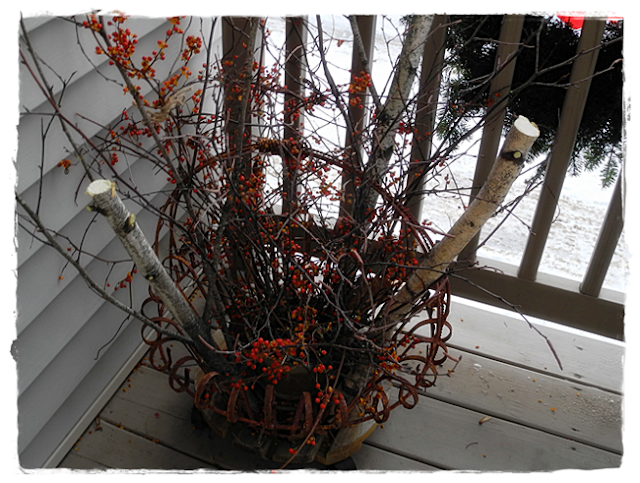 Nothing is wasted...not the bittersweet from Thanksgiving nor the twig ends from the birch saplings. Now I must gather the greens and fast — a blizzard is coming! *This idea* from Rosella was so darling that I copied her! 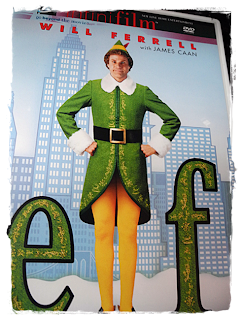 Elf will be our weekend movie viewing. There is one scene that I compare to the fantastic DIYers out there who put me to shame. It makes me howl with laughter. I need a good howl.

Have a delightful weekend...