Please boot it outta here if you haven't watched Downton Abbey Season 4 and would like to do so at your leisure without spoilers.

Oh my! I hardly know where to begin. One might think the beginning a good place, but I know that I shall be bouncing about a bit on this. Hold onto your hats, it could be a bumpy ride. 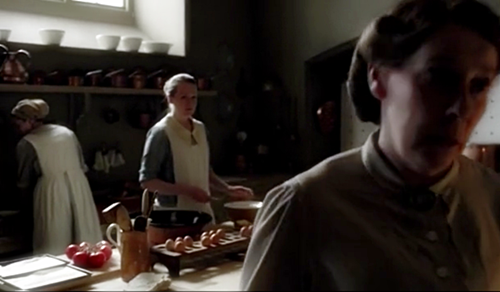 I found Ivy one of the most sensible characters in this week's episode. She has noticed that Lady Edith looks much more tired than she did eight months ago before going to the Continent (that fantastic time leap spoken of) and she (Ivy) will be the one to leave Downton Abbey for America to serve as Harold Levinson's cook. (Nice tidy wrap-up that.)

The show begins with Mrs. Hughes saying that she and Daisy must get off to Grantham House in London because the housekeeper there is ill. She sighs when Ivy mentions "tired" saying that they're all tired and about to become even more tired.

Ostensibly, this program is all about Rose being presented at Buckingham Palace to King George V and Queen Mary. It also involves the Prince of Wales' first love Freda Dudley Ward and a stolen letter that might ruin him. The Prince and Mrs. Dudley Ward carried on a romance for fifteen years prior to Wallis Simpson coming on the scene. Just a little historical background.

The other point of historical background that I needed to look up, and I'm sure that there are many more, was the point about Brown Shirts in Germany. Edith makes a passing reference to the fact that Mr. Gregson was attacked by Brown Shirts.

Now, presuming that Mr. Michael Gregson is off the scene permanently, I'd like to suggest this "Why Not." This was first suggested by one of you and I have no time to verify which you now, but I rather like the idea. And I loved the way Tom told Edith that the two of them would have to stand up to the Crawleys or be bowled over. That's when Edith stood up to her aunt and explained that she'd (Edith) be returning to the Continent and we all know why: Baby retrieval time!
Edith strikes off for London, with Mrs. Hughes and Daisy, and is the first to greet her American
family—Grandmother Martha Levinson and Uncle Harold Levinson. What a pair! Didn't Carson have the look of sheer panic and I laughed to see the way Martha glommed onto him holding his arm as she made him walk her into Grantham House. Do you like the American side of this story? I know that Mary does not!

The machinations in this final show were pretty intense, interconnecting, and amusing. The loss of the letter...the THEFT of the letter by that card shark Sampson...written to Freda Dudley Ward by The Prince of Wales was a significant subplot. We learn that Robert is a serious Monarchist who will go to any lengths to protect the Prince and that Mary is a
"practical Monarchist." She knows that the Prince is something of a scamp and she doesn't trust him not to run himself off the rail. 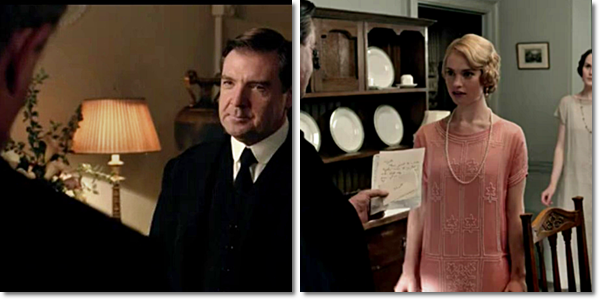 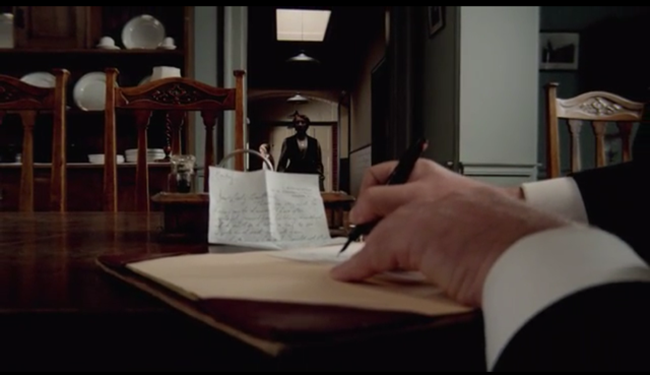 Oh yes! Bates is a good man to know and Robert asks him for his help in letter retrieval. The first effort failed.

Now there are many other stories floating about...so many. Please feel free to pick up a thread and run with it. Do you wish to discuss Edith's story with Mr. Drew? Mary's story with her Desire of Suitors? The Lord Asygarth and his daughter Madeleine Allsopp's story? Harold and Madeleine's story? (What an odd couple!)The ongoing Thomas/Tom antagonisms? The catching of Sarah and Tom by Thomas in the Gallery? The ticket in the coat pocket? Mary's decision concerning same. Oh my! Any one of these could lead us a long way down a number of paths. Any specific quotes?

I thought I'd mourn Matthew forever. Now I know that is not true. There'll be a new life for me. ~Mary to Gillingham 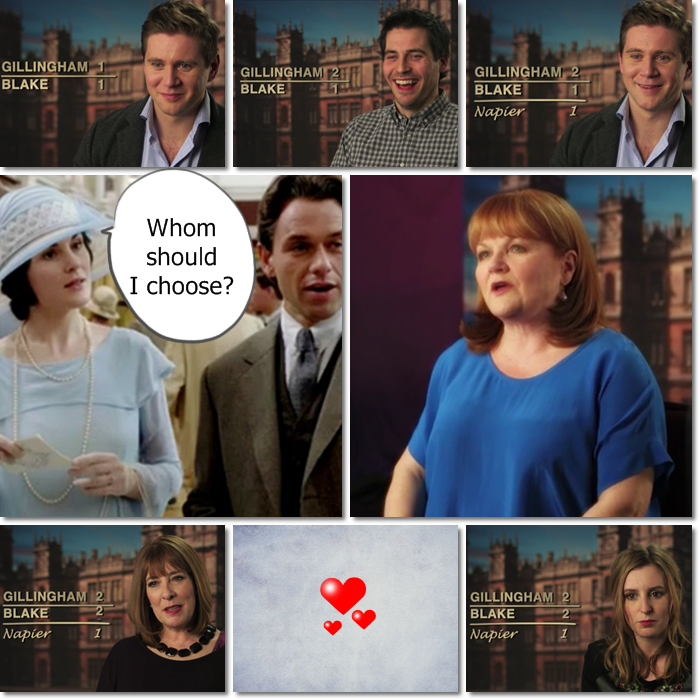 I found a clip on PBS where the stars of the show discussed whom Mary should choose. Fun!

But let us wrap this puppy up with a bow. Cora asked Carson to plan an outing for the staff because of all the extra "kerfuffle." That's another story you might wish to discuss. 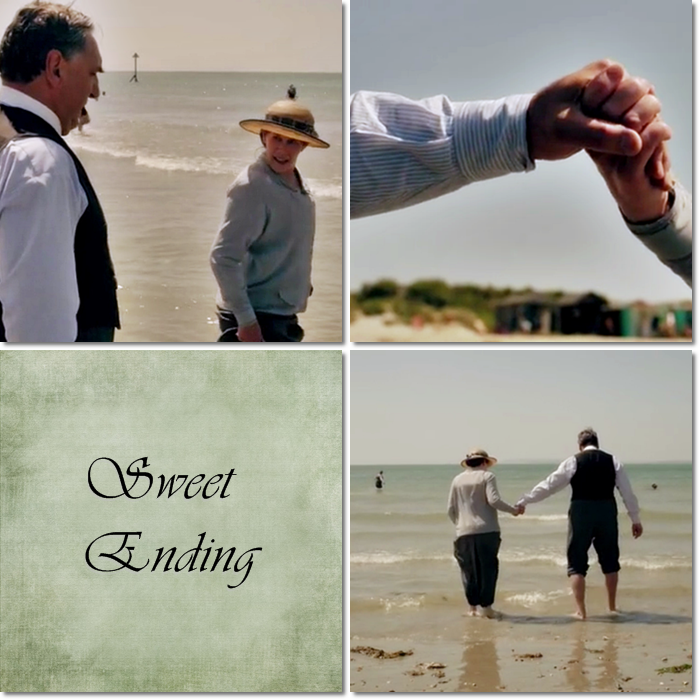 You can always hold my hand to steady yourself...We're getting on, you and I, we can afford to live a little.

And the best news? There will be a Season Five!
Posted by Vee at 8:00 AM