It sifts from leaden sieves,
It powders all the wood,
It fills with alabaster wool
The wrinkles of the road.
~Emily Dickinson 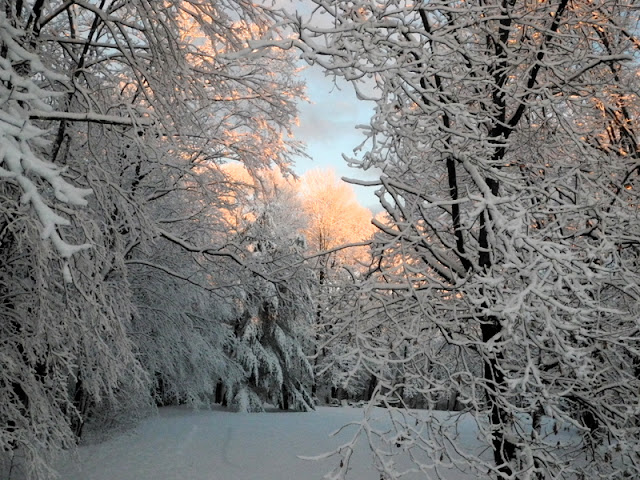 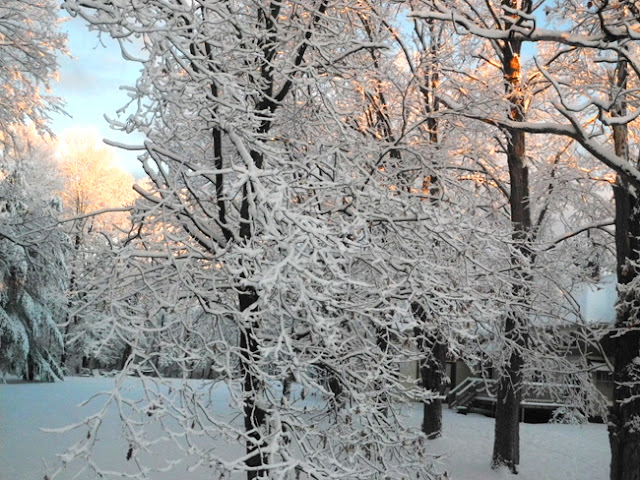 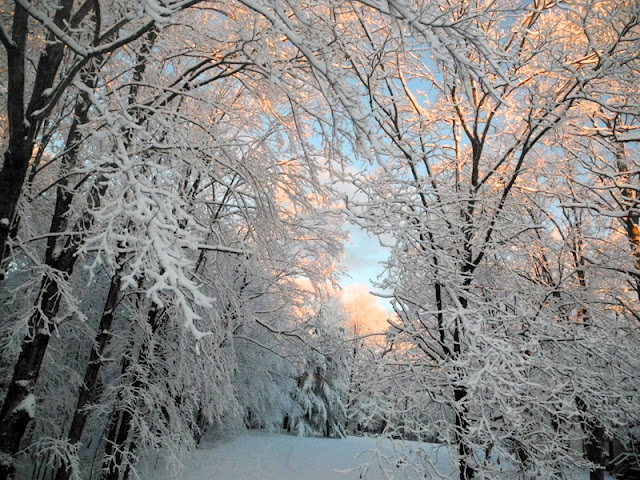 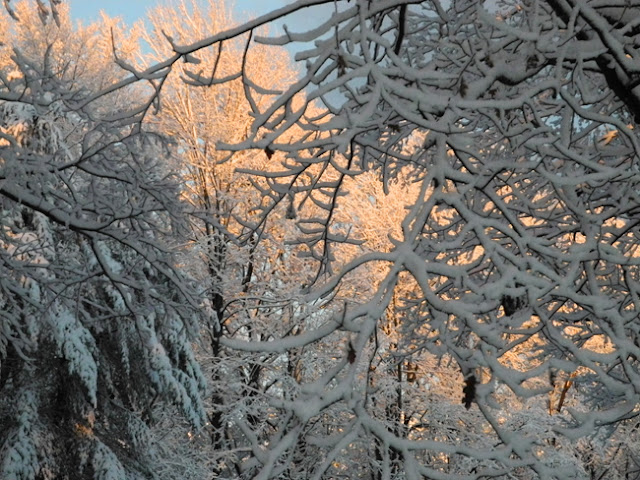 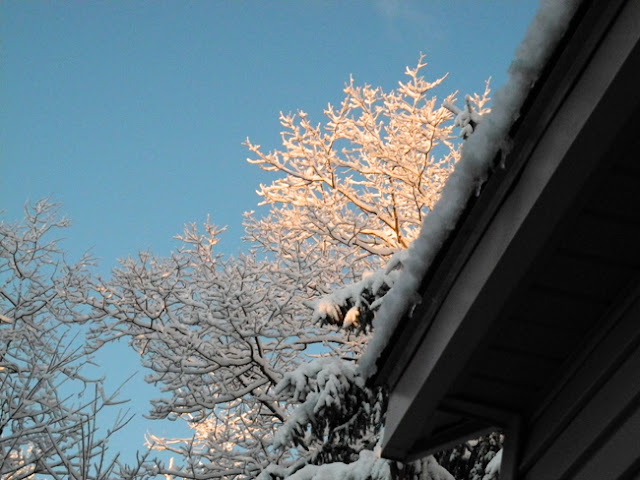 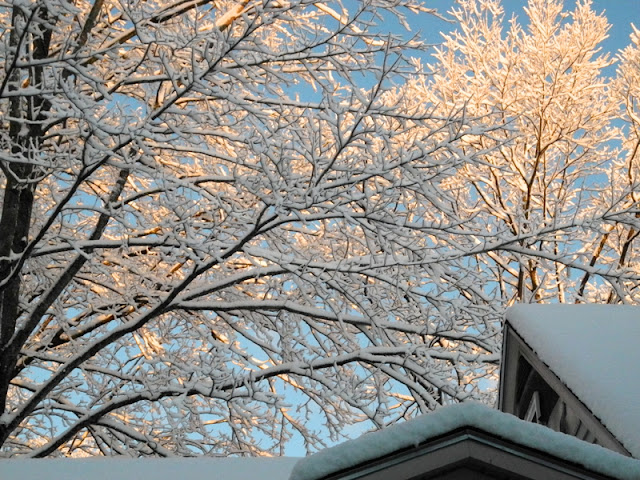 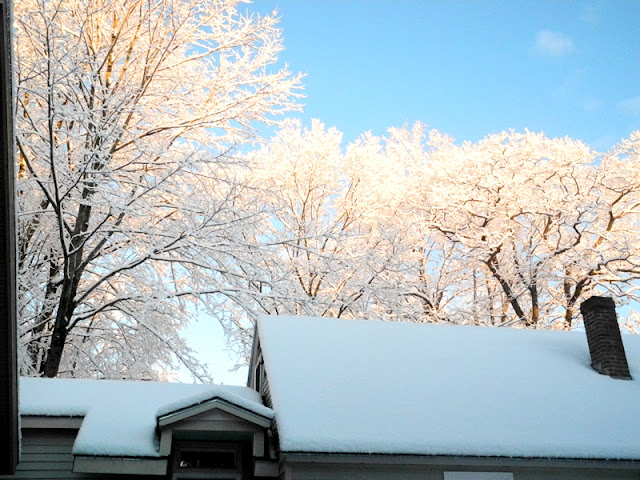 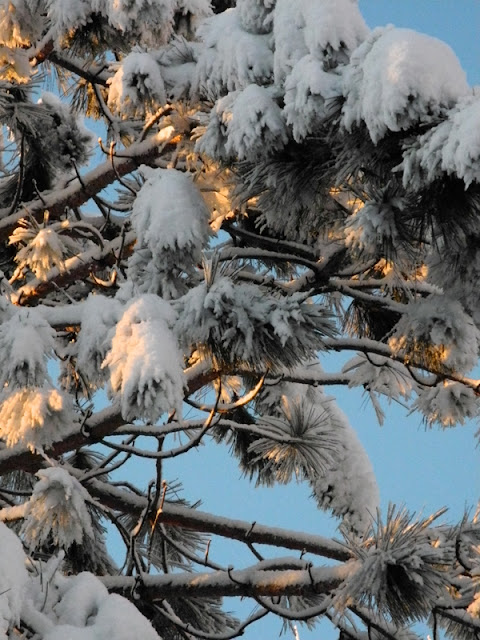 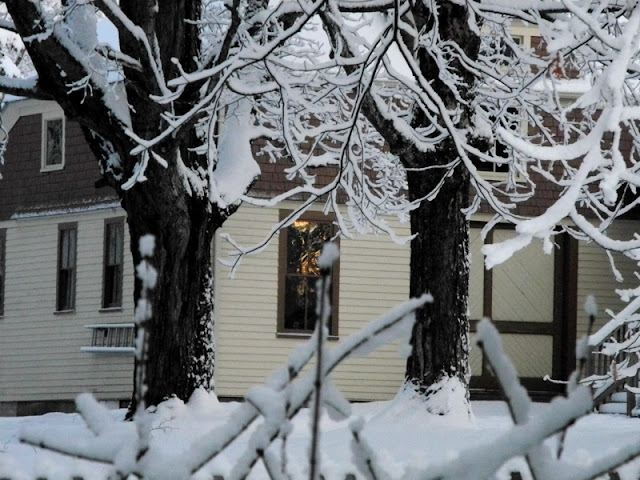 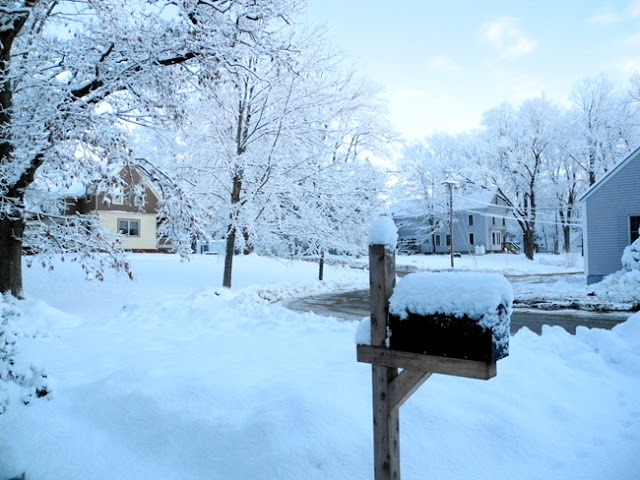 I was planning to discuss steam today. The snow seems more the subject and the beautiful light. These photos were taken between 6:30 and 7:00 this morning. I kept exclaiming over this or that and John would say, "No, no, let me shovel more so that you can see this!" There's not as much of it as first appears...three or four inches and the temps are warming. Perhaps a snowman is in order!

Have a delightful Saturday. Did it snow last night in your world, too?

It is melting so fast that it looks as if we were having another snowstorm. The only sound you hear is the coffee pot perking away... 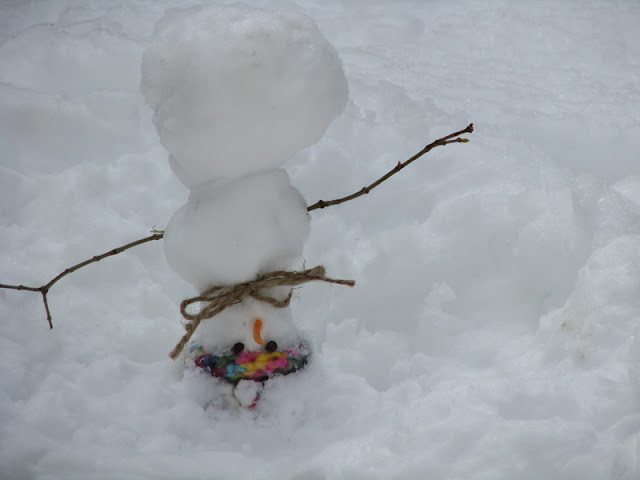 And just so you'll know that I'm not slacking over here... This little fellow should make the grands happy. Doesn't it look as if he landed on his head in last night's storm? He is made upside down from something I saw on Pinterest. He's only eight inches high or so. He has a chopstick down through his middle to hold him together. I had a remnant of a crocheted item that I used for his hat. Place the hat down first and put some snow in there to anchor the head. Then build a larger snow ball for his tummy, and a larger one yet for his bottom. I gave him twig arms, mini chocolate chips for eyes, and a sliver of a carrot stick for a nose. I think he's darling and, if I had more time, he could be even better. Don't forget to have fun today!
Posted by Vee at 7:28 AM

Vee
After blogging for fourteen+ years, I've already told way more than I know. This blog remains ad, award, and word verification free; however, as a Blogger blog, this site collects cookies.