If you were to take a foreign language which one would you choose? When I was a student in high school, I selected French because my corner is right next door to Quebec and there are a lot of people in my area who speak French. If I were to select a language today that I may communicate with the minority in my area, I suppose it would be Somali.

When Jill told us about Captcha and Duolingo, I signed up for German lessons. Don't ask. No, no, you may ask. Duolingo offered two choices: Spanish
and German.

When I went to college, I tried to sign up for more French classes. Because I had done so well just skated by in high school. There were two languages open on that registration day: Spanish and German. Every time I have been given a choice between Spanish and German, I have selected German.

It's just as well. German is the closet language to English. (Sometimes John, having never taken any language, French, Spanish, Somali or German, comes in and translates my sentence for me making it all look so very easy-peasy. He says it is "logical."  I say he's a show-off. )

Anyway, I had been waiting patiently for my invitation to Duolingo for a while. It arrived last week. I have been studying dabbling ever since.

Yes, I have been learning ever so much. 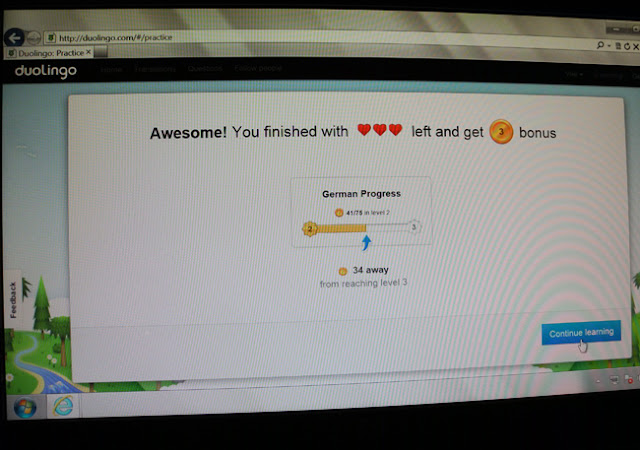 I'd just like to say that I have, by now, reached Level 5 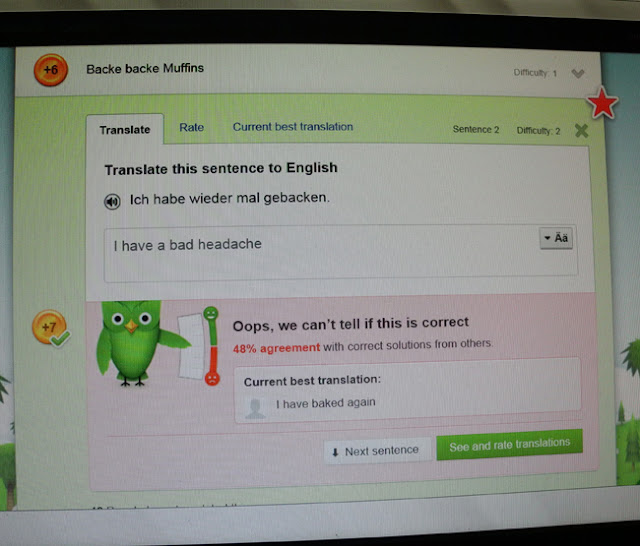 When in a bind, tell the truth. It will confound the green owl. 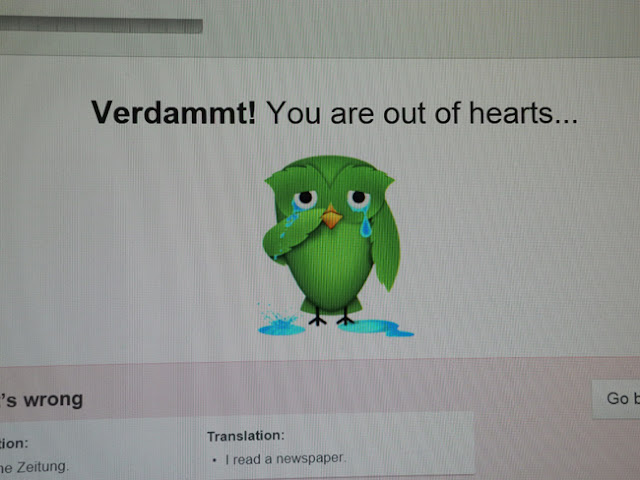 Either that green owl needs a taste of Lux or this is going to come in handy. 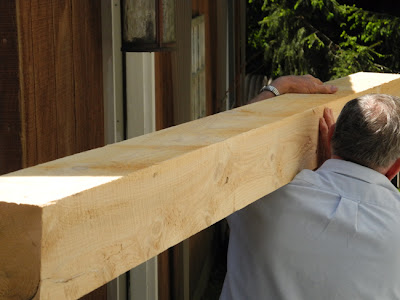