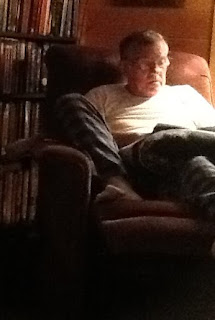 So I was reading the final chapters of the book I mentioned yesterday when I began to wonder what John might look like if he were a member of the Duck Dynasty. More on that in a bit.

Two unlikely gals introduced Duck Dynasty to me: Debbie of Words on Wheels and Auntie of Auntie Sezzzzz (Found it!) Oddly enough, both of these wonderful bloggers have pulled a disappearing act. Anyone seen either of them lately? They may be hanging out in Louisiana — groupies! 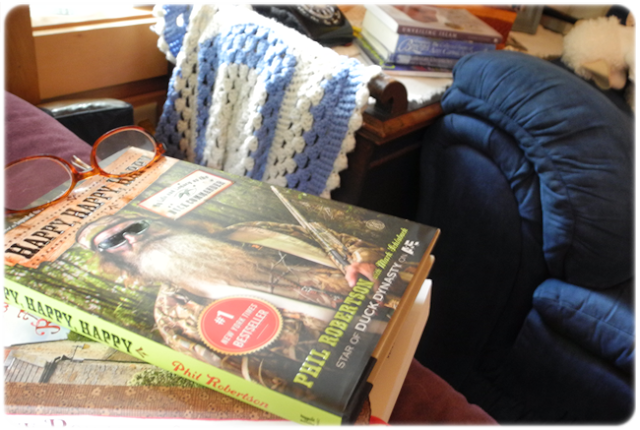 This is the book I was talking about. I did not expect to like it. John picked up the book that I was hoping to read so, having nothing to read, I went with this one. And I loved it. LOVED it. It is a powerful testimony. At one point, I was reading aloud to John about the part when Phil decided that he would repent. I glanced up to see John's eyes glistening a bit. John had been there once upon a time you see. Neither Phil's story nor John's is mine to tell so you'll just have to read it for yourself!

Now back to that earlier question. What would John look like as a Duck Dynasty dude... 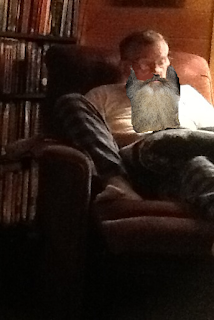 Pretty good if I do say so myself except that he has dimples under there. He shouldn't cover them up!