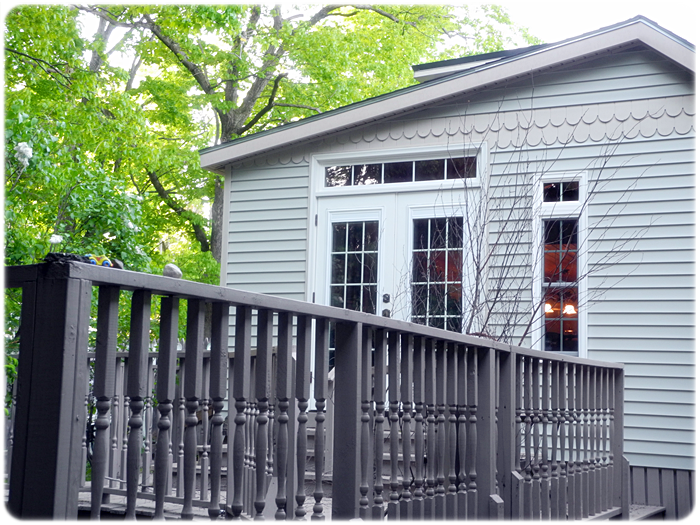 Behind the house there's a car parked on the deck railing, 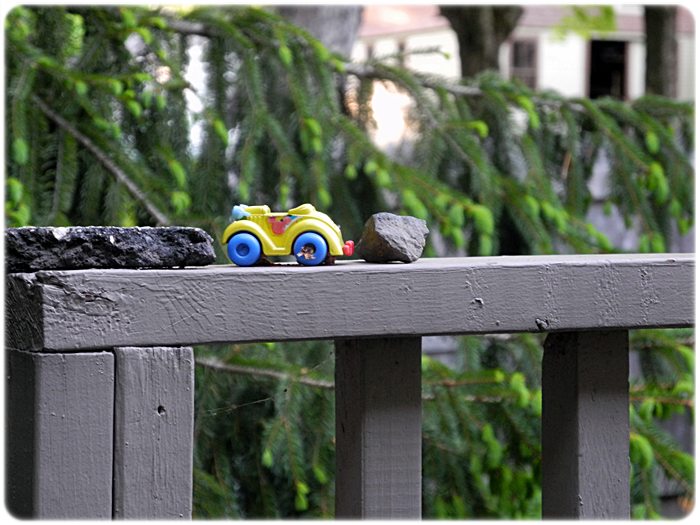 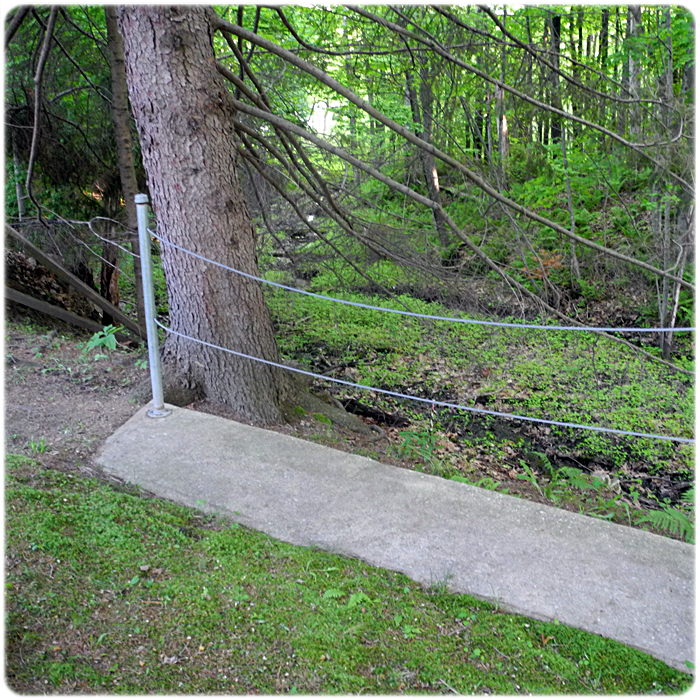 and these fellows to the left of the tree... 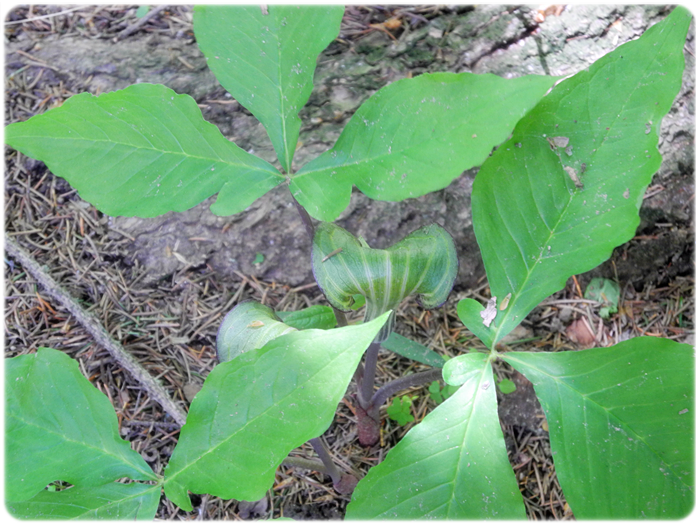 I nearly mowed them down, but decided to get the Round-Up with those leaves of three. 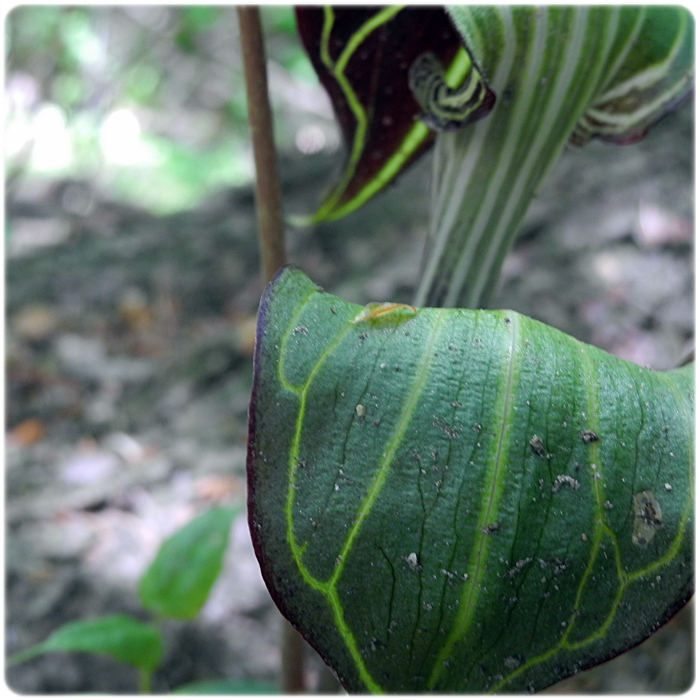 Good thing I took a closer look because it was a couple of Jack-in-the-Pulpits! I haven't seen them in years. 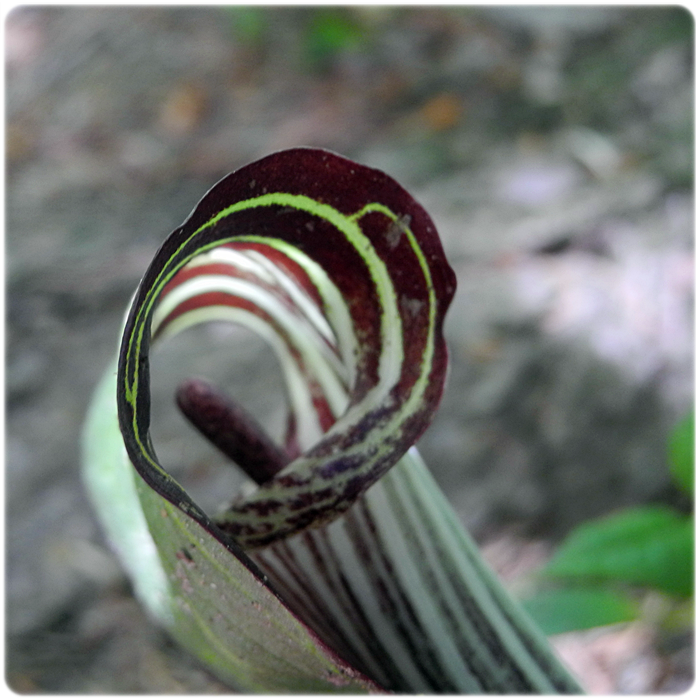 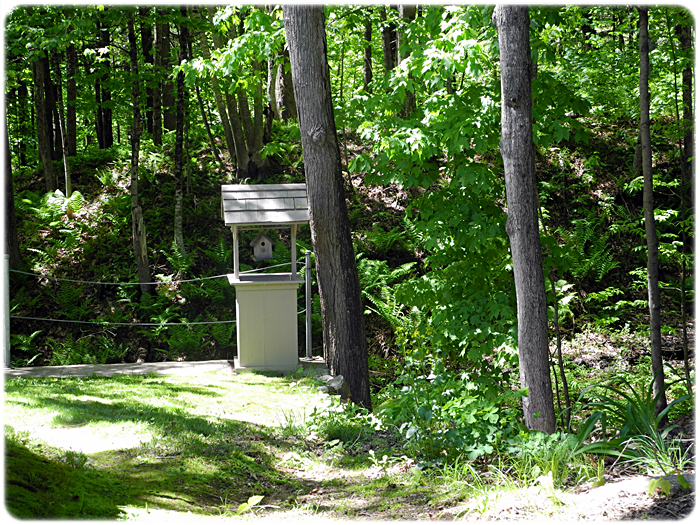 On the right side of the back yard is the luge and my cull pile. When anything healthy must be removed, I toss it over the banking. Now I have a nice little garden of daylilies and columbine on the corner of the forest. 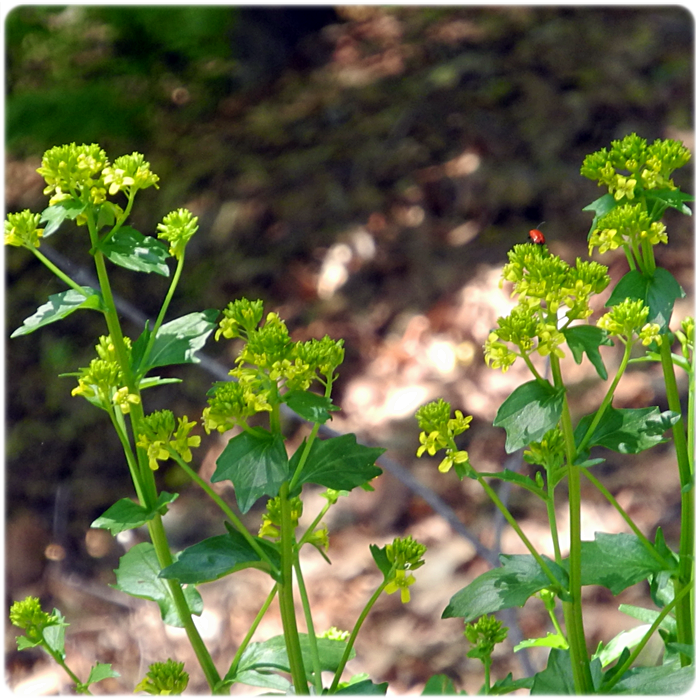 But what is that little red bug? I hope it is not the dreaded lily beetle. 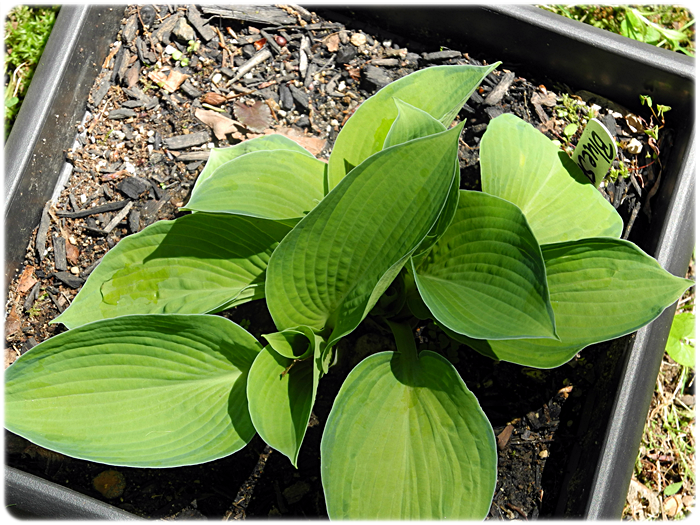 On one side of the house, my blue hosta came up. I was worried for a while. 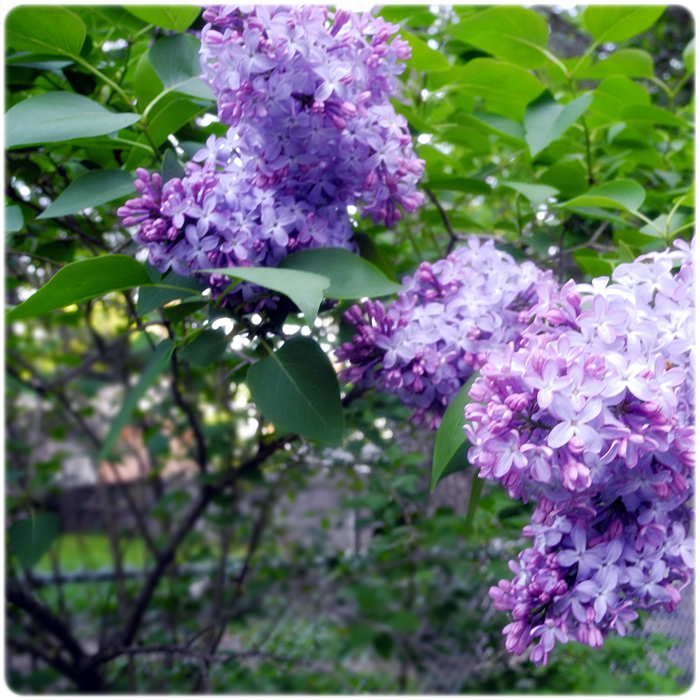 On the other, my neighbors' lilac bush and my rhubarb patch. 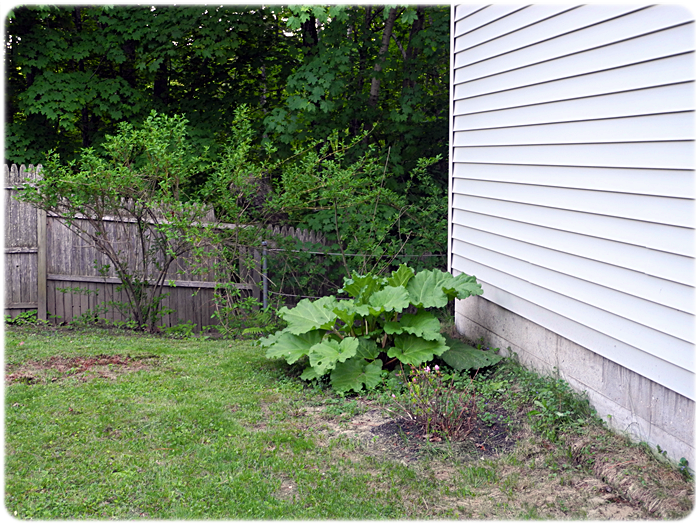 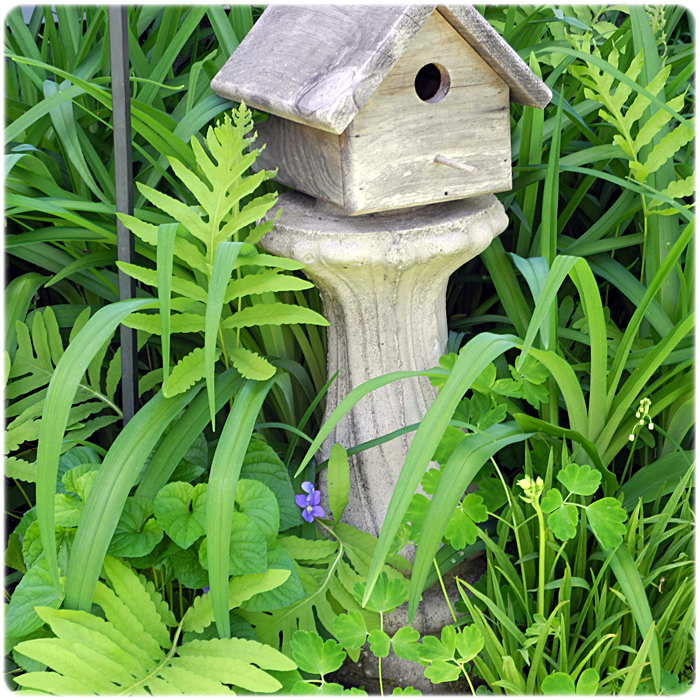 The front yard is lacking color these days since the azalea shed her gown of pink. At least, there's a violet or two and a sprig of lily of the valley here and there, though I do plan to use Round-Up on that, too. (I put a box over the top of it and squirt them so the other plants are not touched. I will never ruin my health again trying to dig them out. It's impossible! And they can not be allowed to take over once more.) Some day, they'll have their own patch far away. 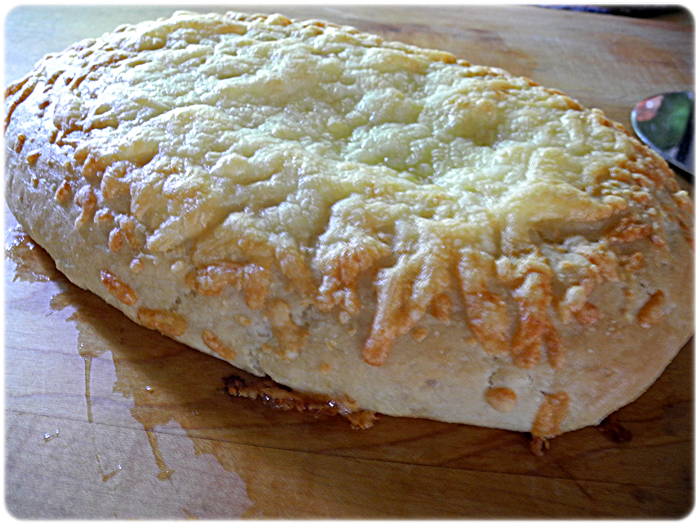 And, in the house, some yummy bread sticks. I've featured them before and you can find the recipe *here.* 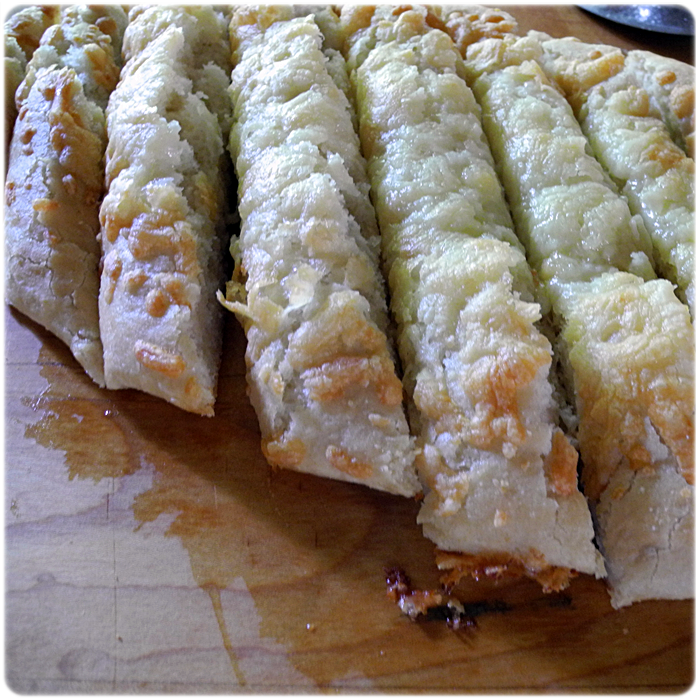