Thank you for all the kind sympathies on my sports injury. One thing is sure, many of you have endured a stubbed toe at one time or another so you empathize very well. My stubbed toe is doing better: the swelling and redness is down by half; the colors are up by half; and I might be able to sleep by tonight. 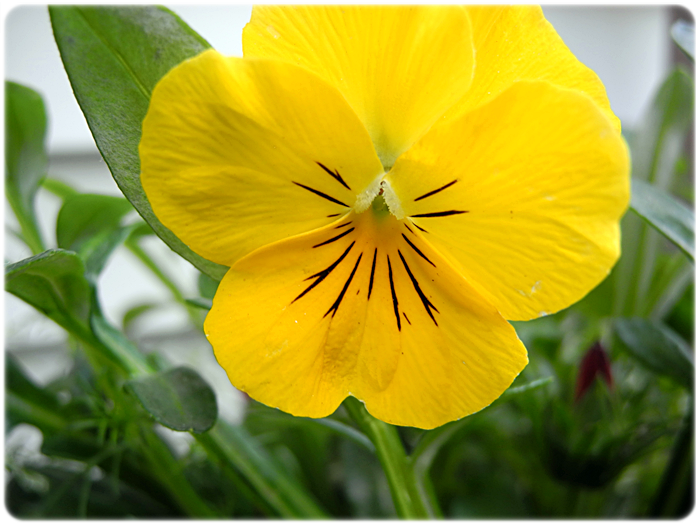 ~as yellow as a school bus~
So there the toe and I were standing beside the car waiting at the end of my son's drive for the school bus driver to stop the bus and let off the grands. John had graciously agreed to drive as I could not because of the sports injury.

The doors opened and off flew Sam, the driver put the bus in gear and drove away with a great roar of the engine. "Where's Jake?" I shrieked.

"Run up to Grammie's (other grandmother) and tell her that Jake did not get off the bus and that I forgot my phone (of all days). She'll know what to do." (It was pretty obvious that I didn't know what to do beyond yelling at the departing bus with my hands in the air. Even the toe was screaming.)

Off Sam zipped. Grammie knew exactly what to do and before the bus had reached the stop sign at the end of the street, it was turned around and heading back with our Jake.

I tell you. Some days are way more exciting than others. What was the problem? Seems Jake was "tricked" (his word) into believing what his little friend (with whom he was sitting) was planning — a play date. Right. All on their own. I don't know what the bus driver's excuse was. Actually, I do. He said that he didn't know that Jake was on the bus. ???

Perhaps I should hold a sign at the end of that drive that reads: Sam AND Jake.

One thing I do know. Grammie deserves a medal!