By day the goldfinches dip in yellow flight, by night the frogs sing that song that never goes out of favor.

A Report in Spring 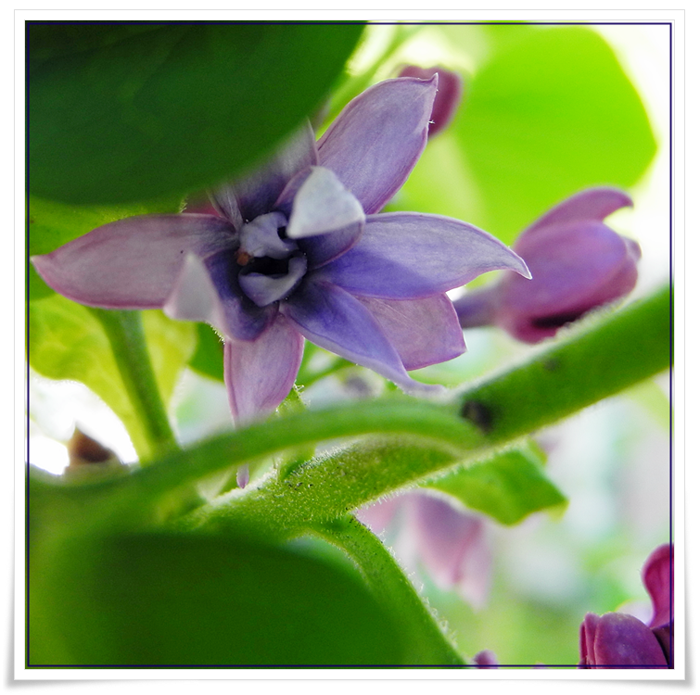 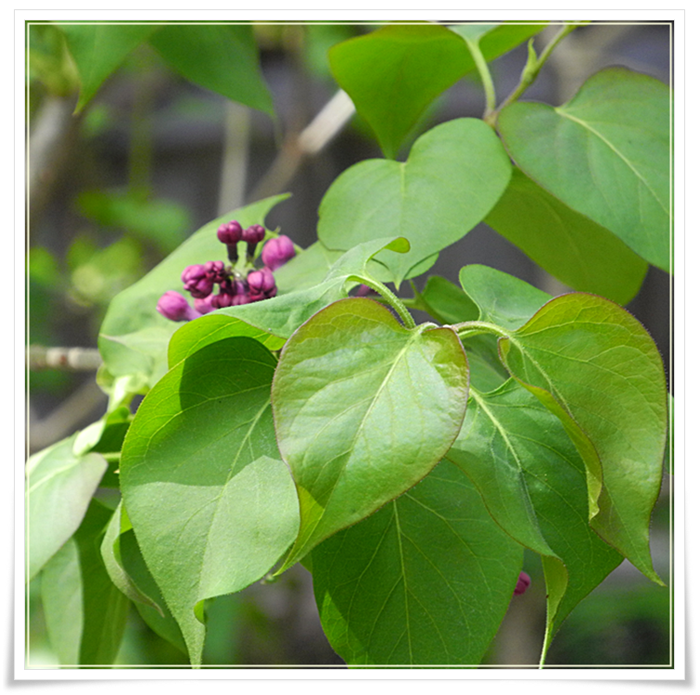 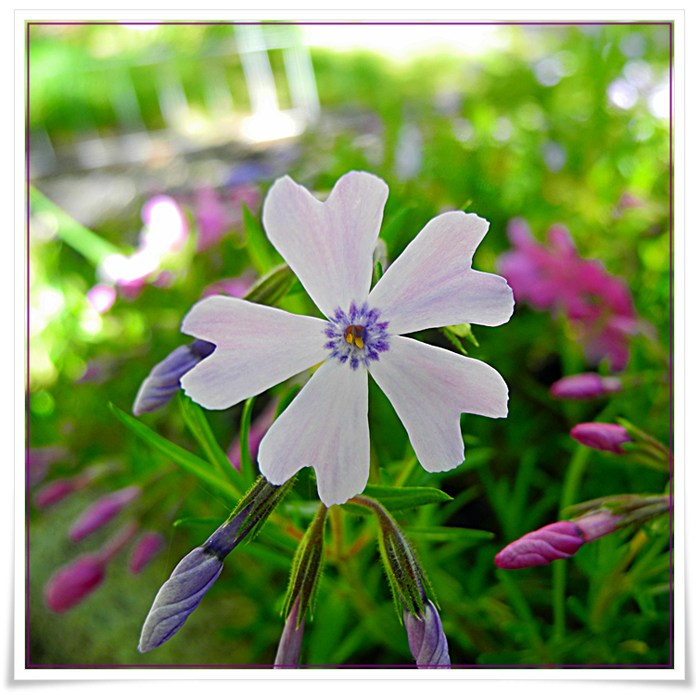 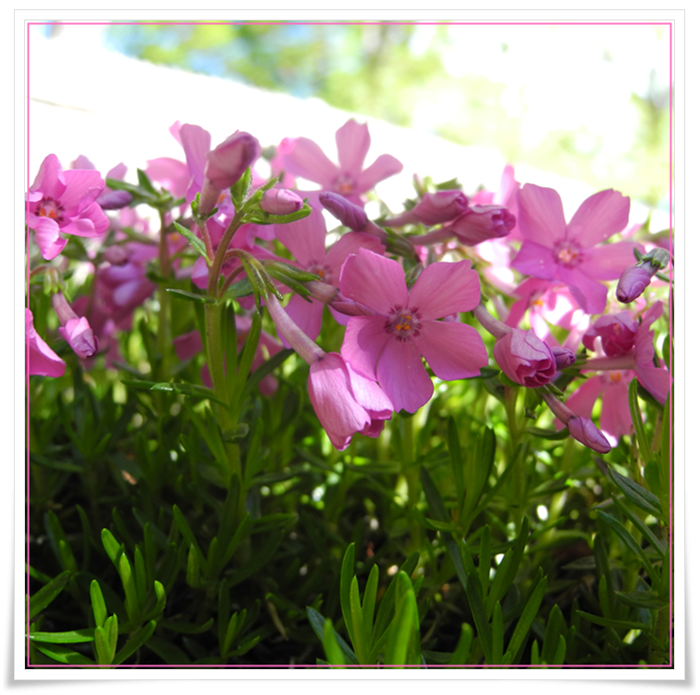 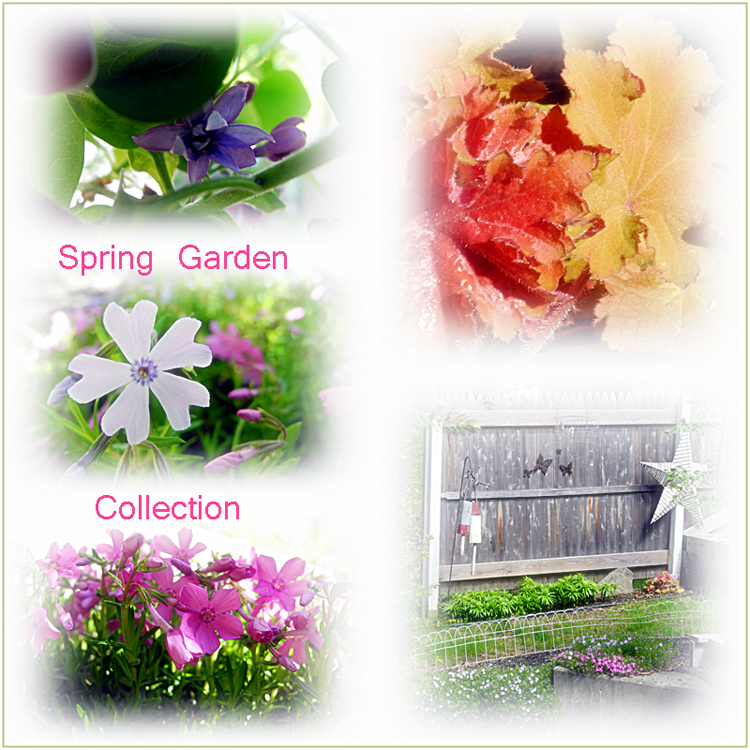 The collage reveals a secret or two and a cheat or two. (Secrets and cheats revealed: The flowers were all taken in the wee patch of garden shown on my box top. I used the macro setting and thereby tricked some into thinking I had a lovely clematis when what I really have is a patch of lavender and pink phlox with tiny blossoms. The lilac bud was, by a few days, a former photo and the new single lilac bloom peeking through the leaves is shown on the box top with my big fingers in there pulling the leaves away so I could get the shot. The final cheat is that I showed the coral bells on the box top, but not in the set of four. The color didn't quite work, though the plant does live in that same small patch of garden.)

Couldn't resist the call of the springtime garden even though that was not my first choice.