I've an odd assortment for you this morning... 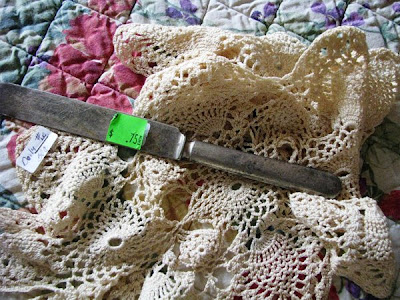 Shopping at the flea market is a couple of hours of "cheap entertainment" as John says. "Cheap" being the operative word. I found an old beat-up knife with a monogram (echoes of Little Red House) for a mere seventy-five cents and a beautiful doily for fifty cents. The knife is giving us a lot of fun as we've decided that it's worth a lot of money being an "authentic" Paul Revere. ;> The knife needs some burr removal, which John is undertaking today, but it cleaned up beautifully. 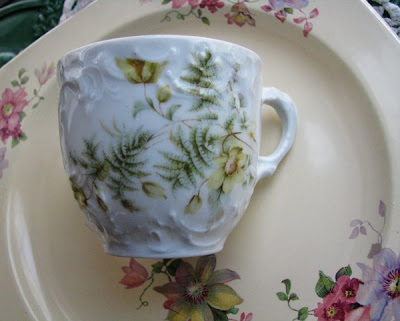 Then this delicate little cup decorated with maidenhair ferns and yellow flowers was such a bargain for fifty cents. It was badly stained on the interior, but after a night of soaking, it has also cleaned up well. I had thought I would use it as a scoop, but instead will display it under my make-shift cloche. 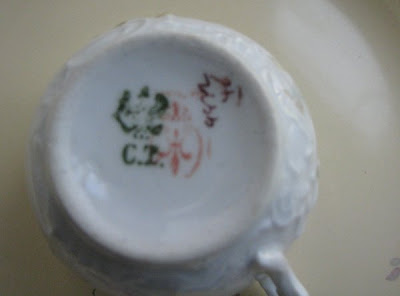 The cup is nothing special, but I always wonder about markings. Perhaps I'll be able to find out something about my knife *here* and something about what I now recognize as "Germany C.T." with a green Phoenix and a red fleur-de-lis pattern *here.* Ahhh, the thrill of the hunt even if nothing turns up and all for a fifty-cent cup. (Edited to Add: Thank you, Robin, for all your sleuthing! That proved very interesting. Readers can find what Robin discovered by reading comments.) 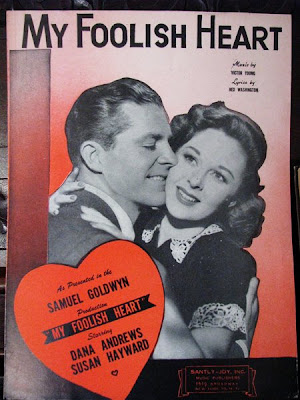 Now this sheet music was the thrill of my afternoon and the most expensive splurge. Five dollars, but I have looked for this 1949 song from the movie by the same name (My Foolish Heart) for years. I could have bought it online for the same amount of money, but I would've been using my own paper and ink and I would've missed out on this great picture of two of my favorites...Dana Andrews and Susan Hayward. Anyone remember seeing this movie? It was a real tear-jerker.

Render therefore to all their dues: tribute to whom tribute is due; custom to whom custom; respect to whom respect; honor to whom honor. ... 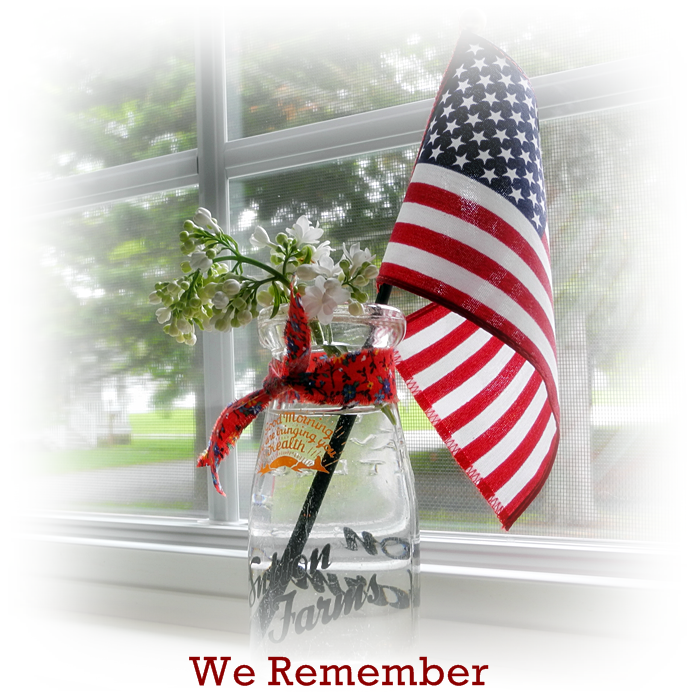