What a nice surprise! Noooo, it really was more than that when I received an unexpected package earlier this week. It was more like a reminder...just a little something to say I'm thinking of you and wanting to encourage you. In fact, those were the kinds of words that Kathy used in her email later. It worked. 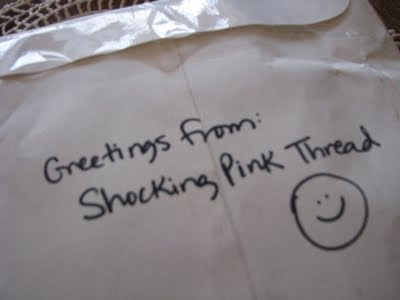 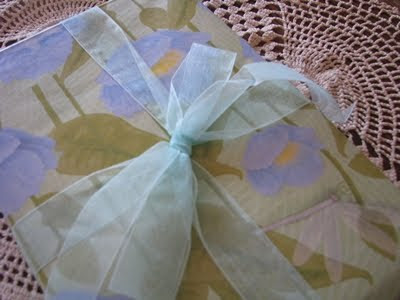 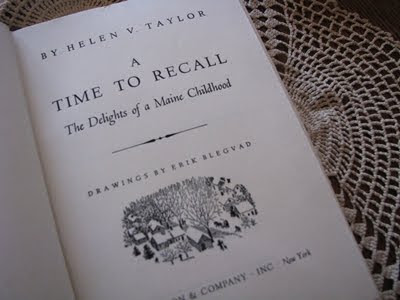 It's a vintage book of essays by Helen V. Taylor about growing up in Maine. Kathy suggests that my family may want to read the book aloud...true, but I've been doing some advance snooping and I've found a paragraph that could be written about my life here at Haven.

As an old lady she was like a little sparrow. She chattered and chattered and much of what she said was about herself. She was curious about everything and when a team went by the house she quickly went to the window and stood to one side and told us details about the passerby...her gentle voice flowed on and on, around us and beside us, and she didn't often expect a response.

Yes, this could have been written about my grandmother, perhaps about many grandmothers. Nan has, given her front room location, the job of town crier. She is quick to let us know when the mailman has delivered the mail or the plow is making another sweep. She doesn't think that I can hear these things without her announcement. Too cute! Her favorite announcement is that John is home. Mine, too.

Mostly, it reminds me of a Laura Ingalls Wilder book being from the same genre. And the illustrations are so sweet. The chapter called "Maine Winter" describes nearly every winter I've ever known...

Winters in Maine were long and severe. Snow usually fell in early November and the ground was not bare until late March.

But my favorite is a little recipe from the same chapter. Next time it snows I'll try this and report back...

When soft clean snow had just fallen on the kitchen windowsill, Mother would let me open the window quickly and fill a bowl with snow. Then I sprinkled it with sugar and the juice of an orange. It made snow ice cream which had to be eaten fast before it melted. 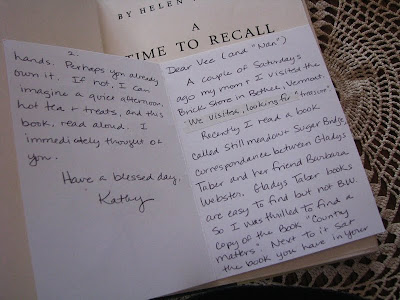 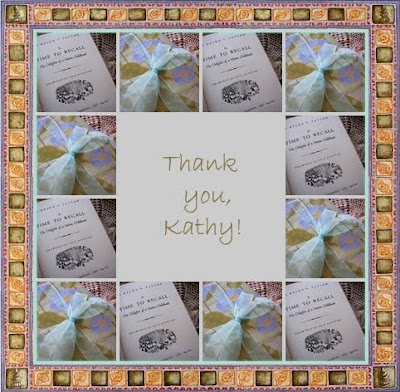 You will find Kathy at Shocking Pink Thread and you'll be glad that you did!
Posted by Vee at 5:32 AM