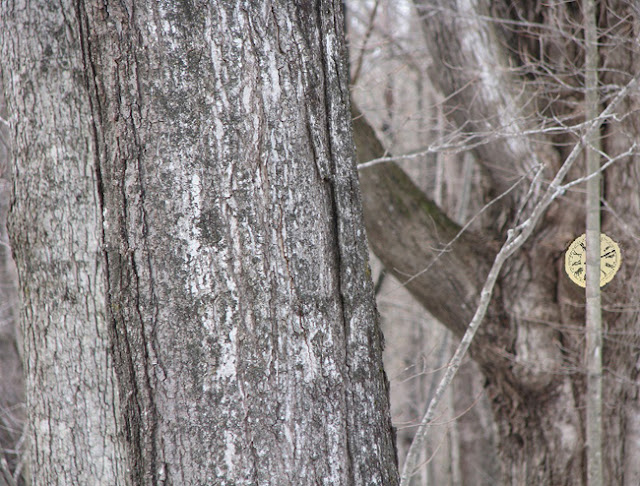 I used my limited knowlege of my Paint Program to create a "better" clock. My imagination can not be explained otherwise. :D
I confess that I've recently watched The Chronicles of Narnia: The Lion, The Witch & The Wardrobe again. Perhaps that is why, every time I look out my window and see this tree, the spot where a limb was removed looks like a giant clock. If I start hearing ticking, I'll let you know.

Over the weekend, I had a nice catch-up conversation with friends who are married to each other. He loves this movie; she has never seen it and doesn't care to. She isn't "into fantasy" she says. I told her that there is a far cry between fantasy and allegory. Far. Way far. I encouraged her to watch this movie in preparation for going to see The Voyage of the Dawn Treader. It'll be fun to learn if her curiosity was piqued at all when I see them again Christmas Eve. (It is my fond hope to see The Voyage of the Dawn Treader next week and I'd love to have them go with us.)

Okay, I am certain that I hear that clock ticking...gotta run. Is there a big old clock ticking in your world, too?
(My apologies for having this post get away from me last evening with its being posted, removed, and returned. Perhaps I'm too analytical because I'd really like to know what happened. The post dating thing just didn't hold. Anyway, it's all straightened around now.)