Documenting a long overdue birthday party of sorts. My daughter-in-law has been ill with the flu much of the month, along with her mother and sister. One of the grands got it; the other is still vertical. My son has managed to stay vertical as well. Illness made getting together to celebrate a six- and seven-year old a challenge. At least we made it while it was still January.

Carol first mentioned a recipe for breadsticks *here* and I was intrigued because my grandsons love them. I remembered being out for lunch recently with one who scarfed them down and didn't eat much of his pizza when it arrived. I decided then and there that I could happily give up the pizza as well and have breadsticks and salad or soup and be perfectly content.

**The recipe I used was found *here* and it does come very close to its claim of being a P*zza H*t knock-off. Not quite, but close. Each one of those pieces was sliced into strips on the diagonal. What I loved about it was the speed of it. Mix up the bread dough, allow to rise for just 15 minutes and bake it off for 25 minutes. An hour from start to finish was perfect! I used a jar of marinara for the dipping sauce and it was great.

{**Edited to Add: January 28, 2020
The recipe I linked to no longer exists and so I have rounded up *this one* that mentions Pizza Hut breadsticks. I don't recall that my recipe had dry milk powder. Oh well, there are many recipes out there.} 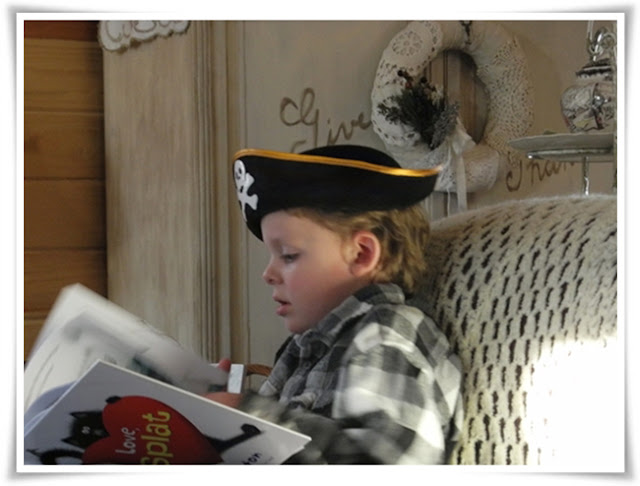 This boy especially enjoys dressing up and had asked for a Super Hero cape. My sister gifted him with a pirate's hat and he promptly took the name "Smee." 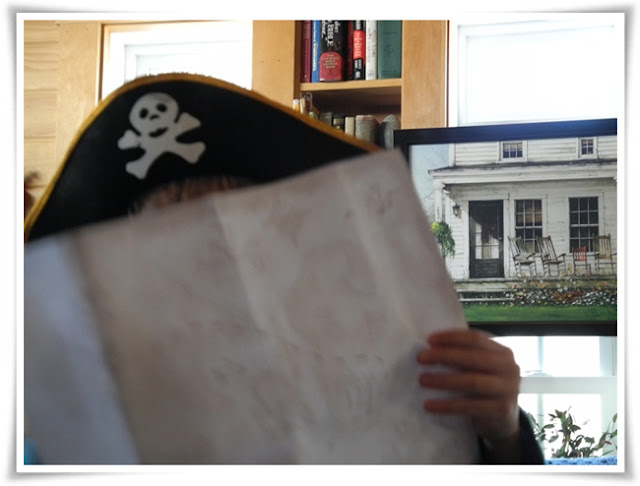 This pirate is now known as Captain Hook. Not sure that he ever found treasure though he studied his map carefully. 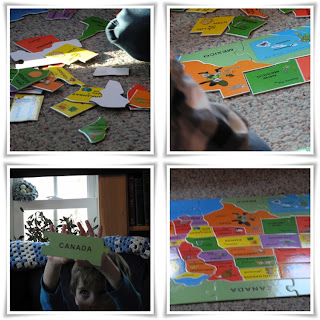 Puzzle time with lots of good instruction going on from dad about north, south, east, and west, etc. They seem to have enjoyed it. Sam Captain Hook definitely knew where Canada was and Maine. 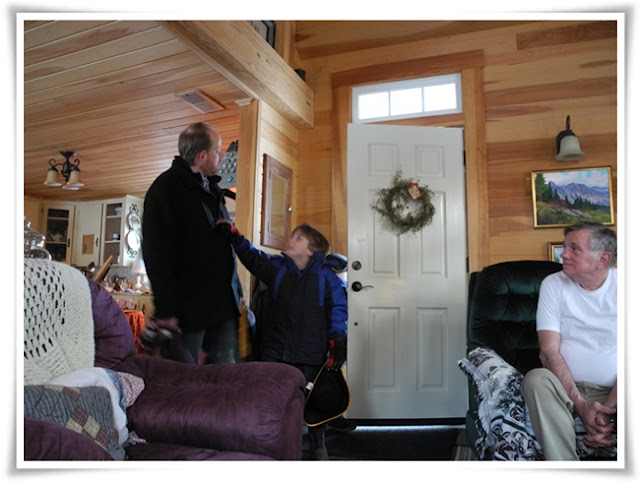 And then, too soon, the afternoon was over and Sam Captain Hook grabbed his father by the throat and they were off! Jake Smee's already nearly out the door.

Happy Birthday, Boys! We ♥ you!