Saturday was such a beautiful day. Sunny and with just enough chill in the air to let us know that it was October and not August. Nearly perfection. That's why John's grinning. Trust me, I'm wearing a grin, too. It's only that I haven't got the whole "he's a lot taller than I am" thing worked out for photo taking. It's okay. My hair was a fright.

John and I were picking apples in the orchard where I began my career as an apple picker. "Apple picker" is much too lofty a job description for I was a drop picker at first. After a while, I learned all about placing ladders, climbing them, picking the apples, which is more like rolling them, and then climbing down without bruising the apples in the heavy canvas bag at my middle with the straps worn over my shoulders. The bag had a folded-up bottom that allowed me to loosen two straps and gently release the apples into the bushel box. On a good day, a very good day, I could pick 20 bushels. My mother could pick 100 bushels plus on a very good day, forty bushels on an average day. John and I picked four apples. The rest we found on the ground. Tip: the best and ripest apples are on the ground just be careful they are not bruised.


I want the final bit, but the middle of the story is told in pictures. 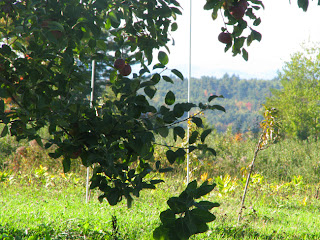 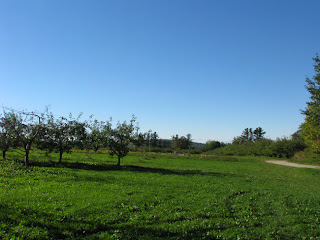 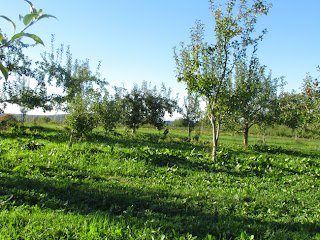 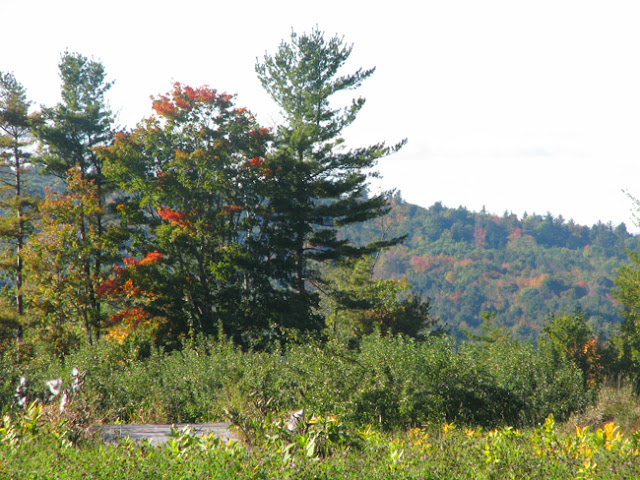 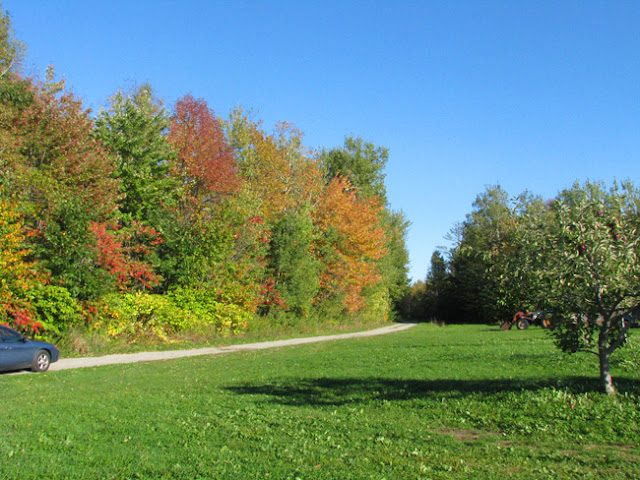 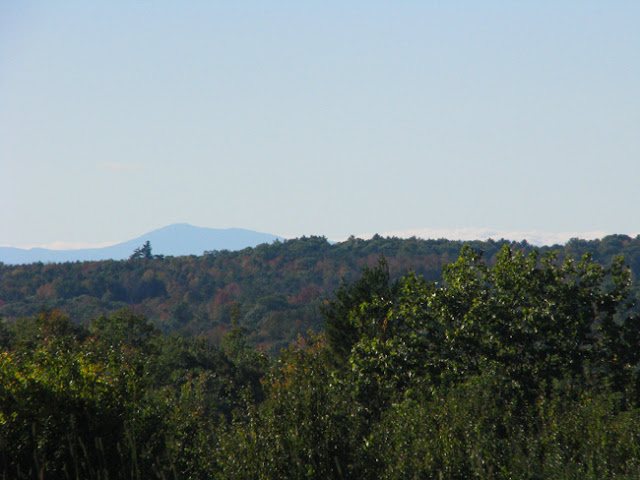 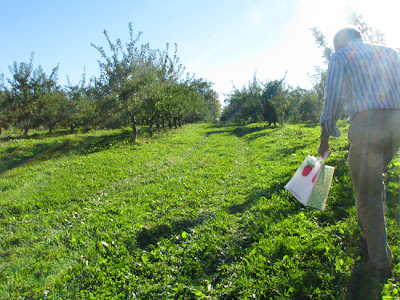 It was so sunny and bright that I didn't always get the best pictures, but I still liked this one of John striding down the apple row. 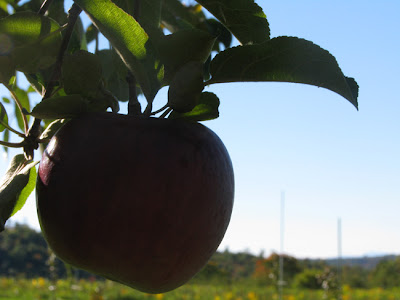 Not the best picture, but it was a great apple!

Wonder if I always look this smug when I'm about to be kissed in an apple orchard...
True confessions: Though we were pretty sun-kissed already, this has been put through the diffuser about three times. Hahahaha, sometimes I crack myself up.

Have a great Tuesday!

P.S. As a result of seeing these photos, I have an appointment this afternoon for a much-needed haircut. Perhaps I'll tuck in a photo later or perhaps one shouldn't count on it for I am vain...very. 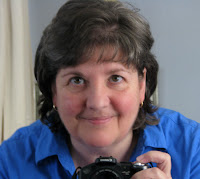 Edited to Add: I'm so proud of myself for keeping a half-hearted promise to you. Here's the haircut and the face sans makeup or even any lip gloss. Has a squirrel been chewing on my eyebrows again?! I can't blame squirrels for the bangs as I, in a fit of exasperation, started whacking on them last week. John is not a fan of short hair so I warned him before I left. When I arrived home he said that he'd forego judgment until I had washed and styled my hair. What?! What in the world did he think that I'd been having done for an hour? Men!
Posted by Vee at 11:36 AM