Shield your eyes! This is the dud mosaic for yesterday. What was I thinking? 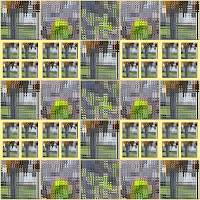 In my own defense I'd like to say that I was very tired last night. I've spent the last several days cleaning the yard. Then yesterday afternoon, John and I cleaned the garage because we were moving a bunch of stuff in. 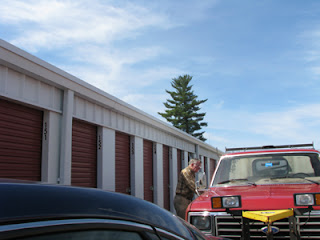 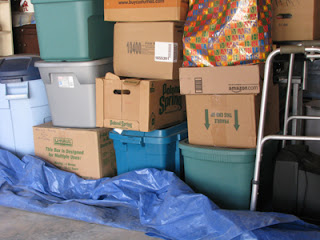 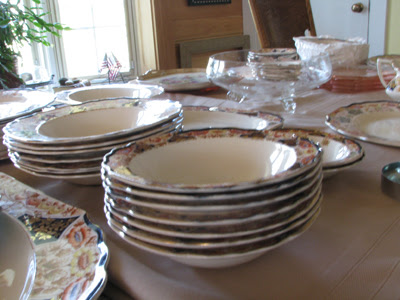 Ever since, I've been unpacking Nan's china. (My mother's is still at her home.) The table and counters are loaded with it. I'm washing, dividing, and repacking it. Sis gets half.

Nan's china is named Derbytone from Myott and Sons, England. The pattern has been discontinued. My mother told me that, when she was trying to replace some chipped pieces, she learned that the factory had been bombed during WWII and the pattern was lost. Therefore, there are precious few replacements. The china was a gift to my grandmother from my grandfather. (I've told you what a sweet gift giver he was.) Sometime prior to WWII, he was shopping in Boston when he came upon this set of china. He liked it so well that he purchased two sets, one for my grandmother and a set for his mother-in-law as well. 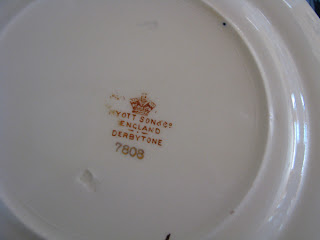 I remember eating from these dishes only on very special occasions—Thanksgiving, Christmas, and Easter. 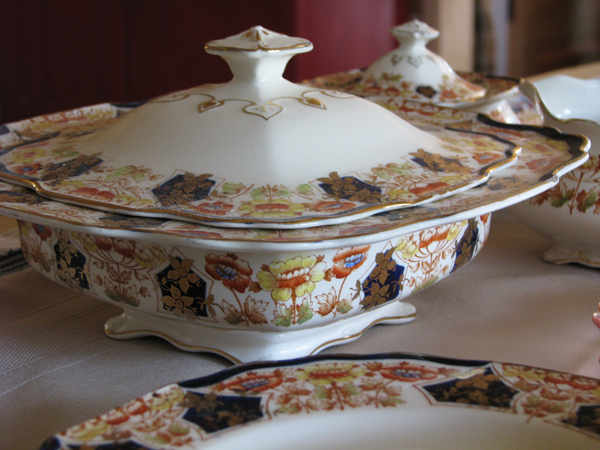 Scattered throughout the Derbytone are pieces of Bavarian china. This little plate is darling and so modern looking to me. The top is porcelain and the bottom is rougher like stoneware. It's called Royal Silesia (Possibly Prussian). 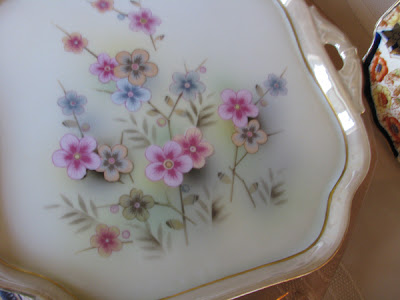 There'll be more to share as I delve into the depths of those boxes. It's a bittersweet day. How are you spending yours?