Judy is hosting "Let's Take a Trip" at My Front Porch this week and I want to play, too. She gave me permission to share a day trip; now I'm wondering if she'll give me permission to play twice because I am taking another day trip Thursday.

Since one should seize an opportunity, I've decided to focus on my Pemaquid Point Day from last September. You can read about the day as posted then right here; I have selected some new photos to share as well. (Perhaps you'll notice a titch of difference in my cropping skills. ;D)

We wound down to the coast that September day via Jefferson so that my daughter could show me this scenic view. 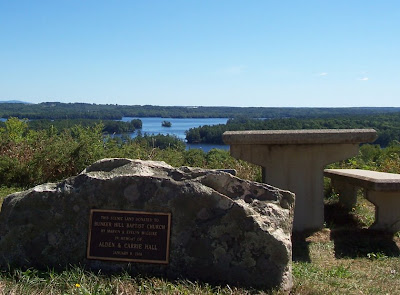 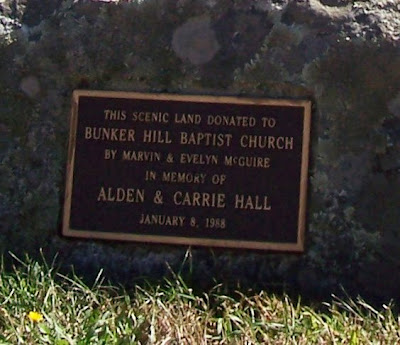 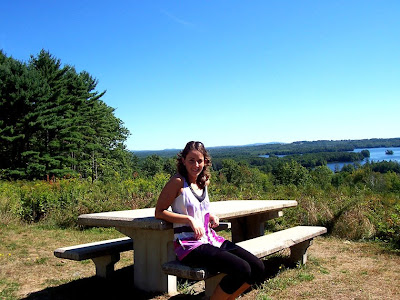 Of course, I think that all scenic views are improved by having my daughter pose in the middle of them.

This is the church spoken of... 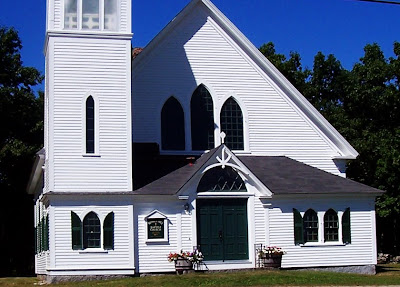 We had already picked up our picnic lunch consisting of Italians and chips. I found the graphics on this chip bag interesting so took a photo. 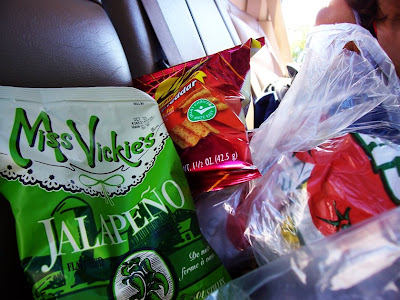 Pemaquid Point is a cozy spot high upon a bluff overlooking the Atlantic. Its main draw is the scenic lighthouse and the beautiful vistas of seascape. 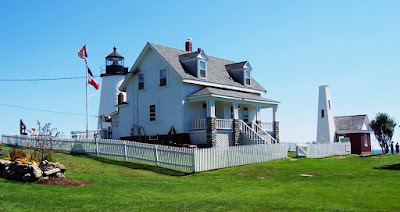 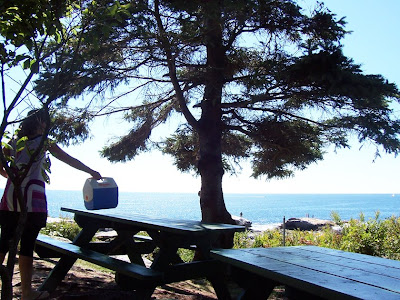 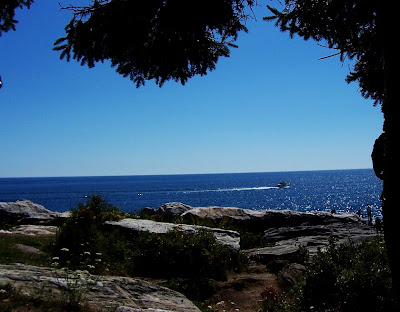 Funny to think that a few hundred years ago, lobsters were used as bait or even to fertilize fields...they were that numerous. People who ate them never told anyone because it was considered shameful to resort to eating such a creature. Personally, I don't like lobster unless it is dragged through mayonnaise and lands in small bits in a lobster salad roll.

We left Pemaquid after a few hours and wended our way along taking lots of pics... 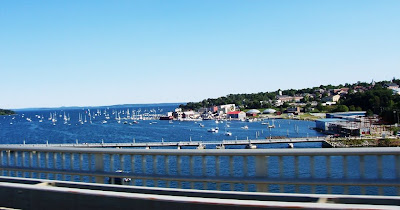 The following pics were taken for my father who, as a true son of Maine, drinks Moxie until it runs out his ears and loves nothing better than eating at Moody's Diner. 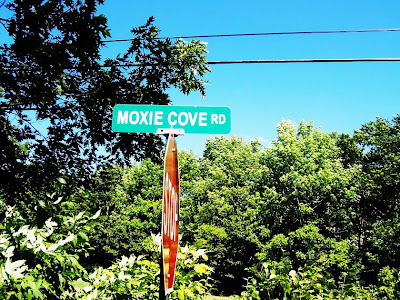 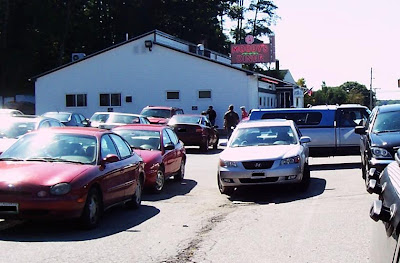 Closing with a favorite photo from the day... 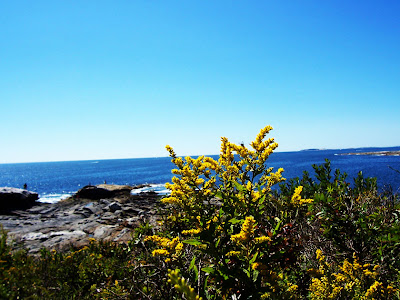 Hope that I'll see you on the tour!

I decided to re-edit some photos to see if I could improve them. ☺ Either that or mud. 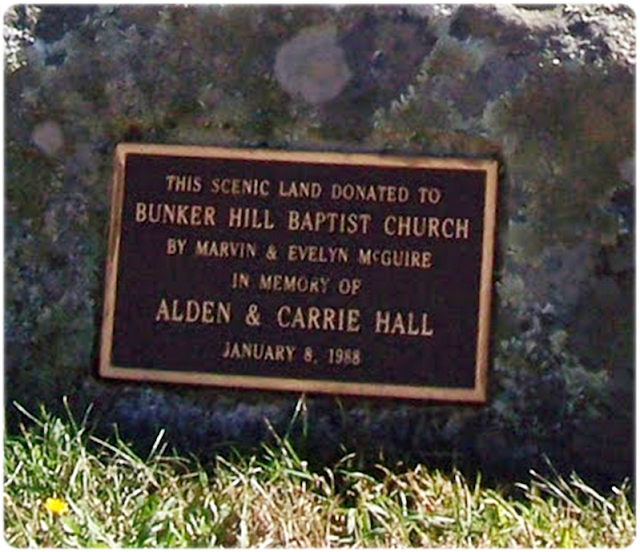 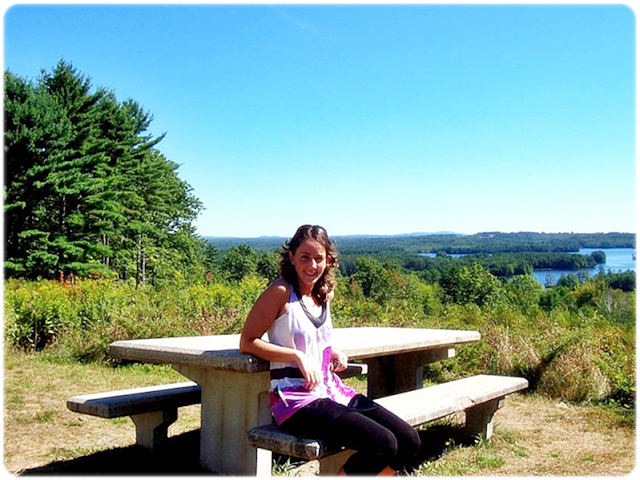 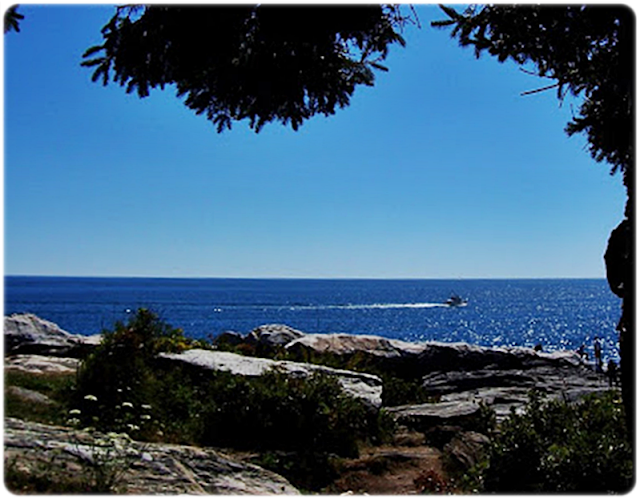 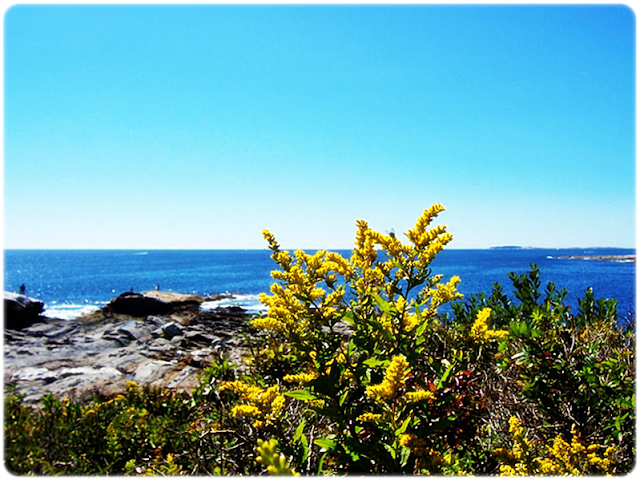 Thanks, Mrs. T for making me take another look!
Posted by Vee at 7:08 AM