ETA: Disclaimer...this recipe is a work in progress; I am not happy with the progress...stay tuned!

ETA Again: They're not pretty, but they're tasty. That they're not pretty is my own fault, but some adjustments definitely are in order. My tips are added in red below, along with some pics.

My son called last evening to say that he was bringing the boys over this morning around ten. Yippee! I am up early to get busy with this day. Right after I toddler proof the downstairs and get dressed, I'll be slapping these Cinnamon Rolls together.

I often search The Cake Mix Doctor for recipes, but I don't know where I got this recipe. It's not my own; it's not from another blog; that's all I know. Later, I should have a pic or two to add, but how bad can it be presented in a skillet and created from a cake mix?!

Cinnamon Rolls in an Iron Skillet

* Dissolve yeast in warm water.
* Add dissolved yeast to cake mix/flour mixture.
* Mix with wooden spoon or just use hands.
* Allow to rise in warm place for an hour.

* Divide dough into two equal pieces before rolling out

* Roll lengthwise and cut into about 24 rolls.

* Butter bottom and sides of two 10-inch skillets using a stick of butter per pan. (No, no, no! A half stick per pan will be more than enough. I only used half a stick per pan and you can see below that it was MORE than enough.)

* Sprinkle buttered skillets with the remaining brown sugar and nuts.

* Put the rolls in skillets and allow to rise an additional hour.

* Bake at 350° for 15–20 minutes until golden brown. Remove from oven and turn rolls out of skillets onto plates. Use any remaining caramel in the skillets to spread on the rolls. 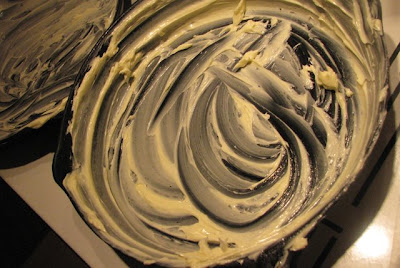 As you can see, a half stick of butter per pan is more than plenty. 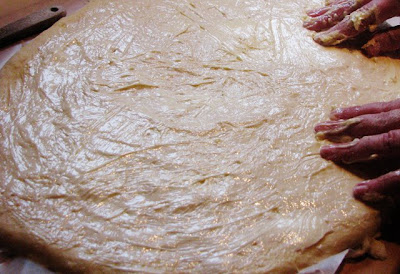 This should have been divided for ease of handling, but the recipe did not say that. Don't make my mistake because there is no way to create beautiful cinnamon rolls this way. 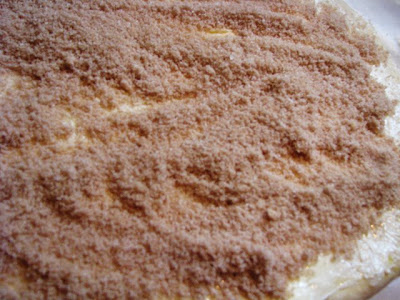 I made some of Lovella's Paska frosting to go with the cinnamon rolls. You can find that recipe right here on March 13. 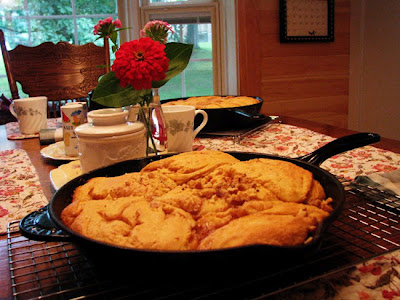 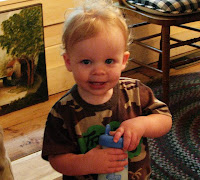 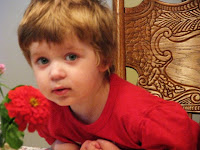 Have a happy Saturday and a great weekend!
Posted by Vee at 6:44 AM