I've committed yet another commenter error. What now this time you're probably thinking. Well, I've made a comment on a dear blogging bud's post and an anonymous commenter attacked her for my comment. Did you know that that can happen? It can. Readers sometimes judge us for what our visitors say in response to our posts.

This caused some name calling on the part of the anonymous commenter and an attack on my verbiage. Seems that the A.C. thinks that anyone who believes differently from her is a dolt, completely unenlightened. Apparently, she also believes that only her opinion should be expressed. Sigh. There is no way to intelligently discuss any topic with such people.

Now I did learn something about my own commenting behavior once again. I learned that I was guilty of attaching my opinion to another's post. That should be reserved for my own blog where commenters can attack me for my opinions instead of my readers' opinions.

However, I do not apologize to her anonymous commenter. In fact, I'd like to address Anonymous directly:


Why did I bring this up? Why not and why else — so we could all learn something. I used to think, and not so very long ago, that I had to be longsuffering with these types of commenters. I used to have several of them lurking around in the shadows, but I have learned that I can dispatch them and I do not hesitate to do so today.

My advice to them is this: You are welcome to comment when you can enter into an intelligent conversation where you allow variety of opinion. Otherwise, don't let the door hit you where the...

And when I read *this* devotional from April 1, 2010 at Our Daily Bread, I positively cheered. About time and thank.you.very.much.

Today, I felt the liberty to post as I have and, in case you think I'm having a bad day, you're wrong! I'm having a great day!

You go and have a great one as well... (that means you, too, Anonymous!)

P.S. Just a reminder...this blog no longer accepts anonymous commenters due to an incredible deluge of spam. Have always despised that stuff... 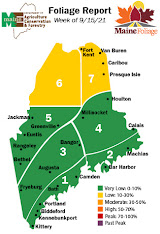