Did you have a lovely Easter? We certainly did, though it was much different in many ways. Last year, both my grandmother and my mother were still with us. Last year, my sister and brother-in-law were still living in state and, last year, my hometown niece wasn't working Sundays. Though we may have limped along a bit, still we celebrated the day.
My daughter was the only guest at our table besides the "Unseen Guest" who is always with us. She requested lasagna, which made for an interesting Easter dinner. I'm not sure that I've ever had lasagna for Easter before.
Darling daughter had planned lots of activities for the boys who joined us later in the afternoon, along with their parents, of course. She planned a treasure hunt using pictures for the clues. It was a very good idea for children who aren't yet readers. 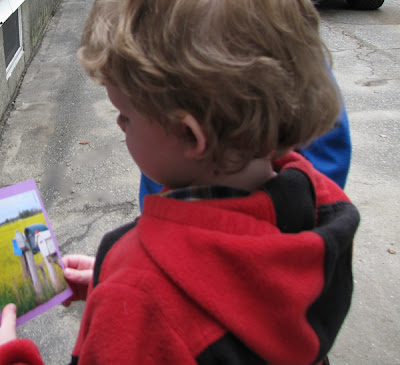 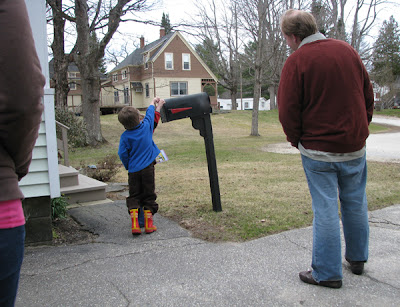 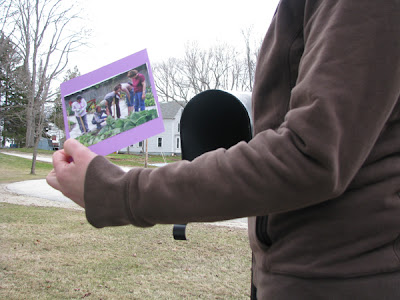 They'll be finding the next at the chippy fence
﻿
Needless to say, the grands both loved it!
One of my favorites was a rousing game of tag where we were split into two teams—blue and orange. Each person had to tuck a length of streamer into his/her waistband allowing a bit of it to drag on the ground. Then we were off trying to step on the opposing team's tails. Lots of fun, though still nice and safe with no shoving and pushing and, if the tail was stepped on (I lost mine early), it caused no stumbling. 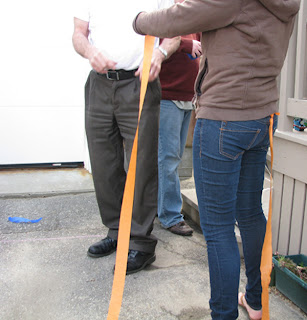 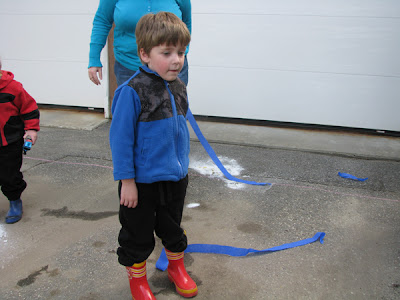 Blue tails waiting for the game to begin
All that salt on the ground? John was also cleaning up from our egg in a spoon race. 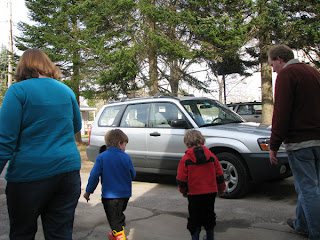 Oops!
I'll be visiting your corners before the day is out. Have a wonderful Monday... 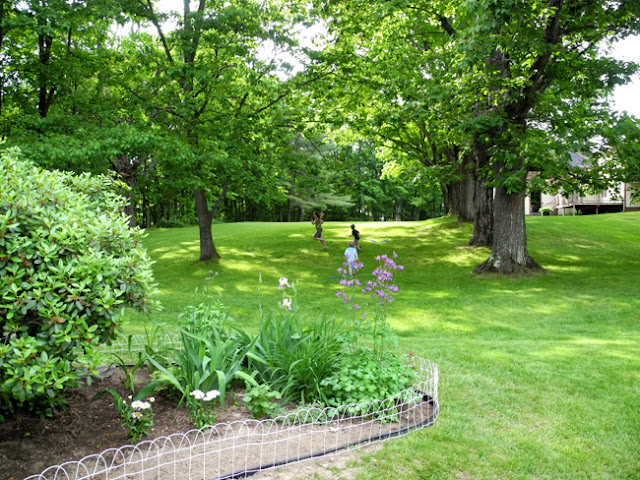