The World Will Always Welcome Lovers

(Having now watched the wedding and the balcony scenes, I am able to add my own review and photos. ☺ Edited bits are posted in red.)

Why I'm writing today is anyone's guess as I'm sure that every eye around the globe is on some tv screen watching the wedding of Prince William and Kate Middleton.

I've been known to expound on this topic a bit...was it in your blog???...about all the hype and hoopla. I went the hype and hoopla route for Prince Charles and Diana and had/have no intention of going that way again. Prince Charles really was a cad for whatever reasons and, while I have more hope (way more hope) for the current royal couple, I simply wasn't going to get involved this time around. 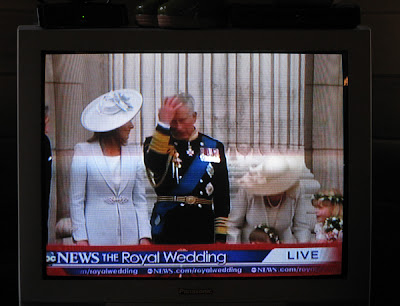 "I can not believe what Vee said about me!" ~Prince Charles


Late yesterday morning, I found a couple of somethings that changed my mind a bit. Another royal couple was hanging out in my sewing room. What? You don't believe me? Just follow along and I'll show you. 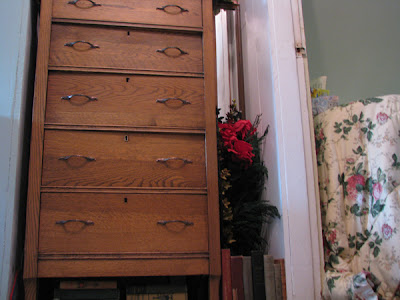 Right up to the top of the stairs we go. 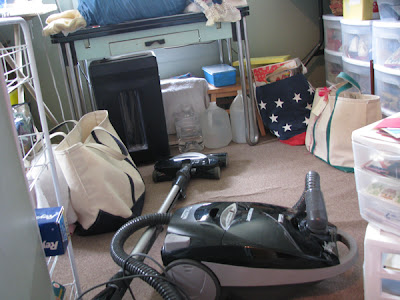 And into the sewing room...don't trip on the vacuum cleaner or that wrinkle in the carpet! 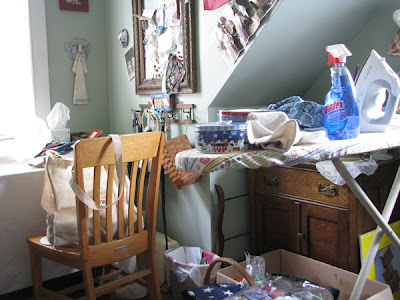 See that bag on my chair? Let's take a closer look, shall we? 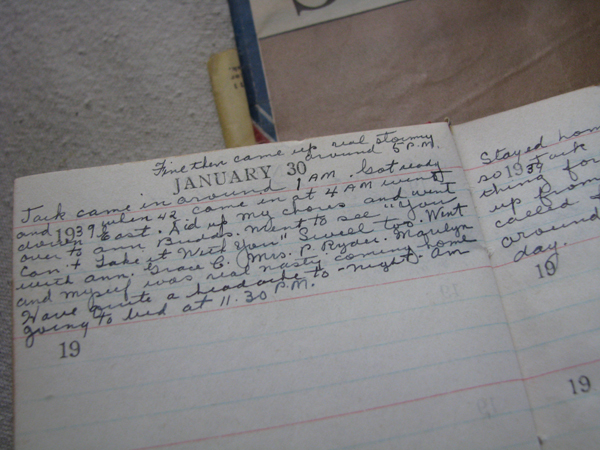 Nan's diary saying that my grandfather "Jack came in around 1 a.m." Yadda, yadda, yadda and then she went to see the movie You Can't Take it With You. "Swell too" she adds. Now I want to see that movie. I'm a sucker for a good review.

And who is this? 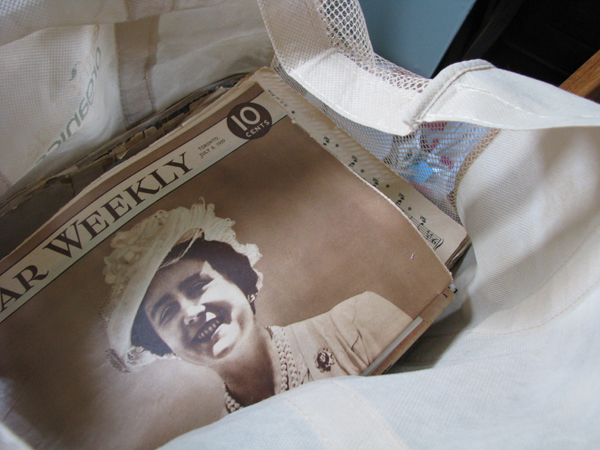 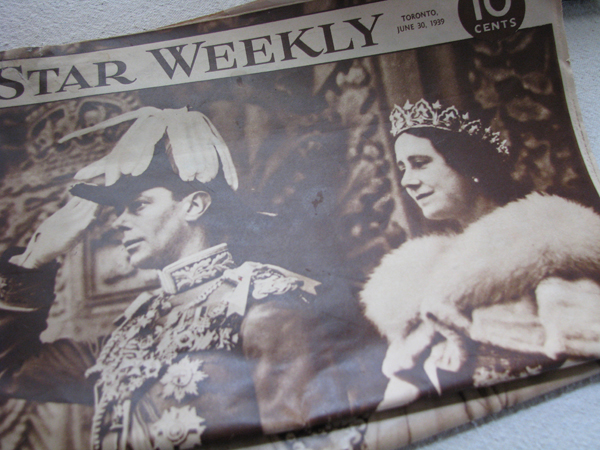 And her beloved King George VI! 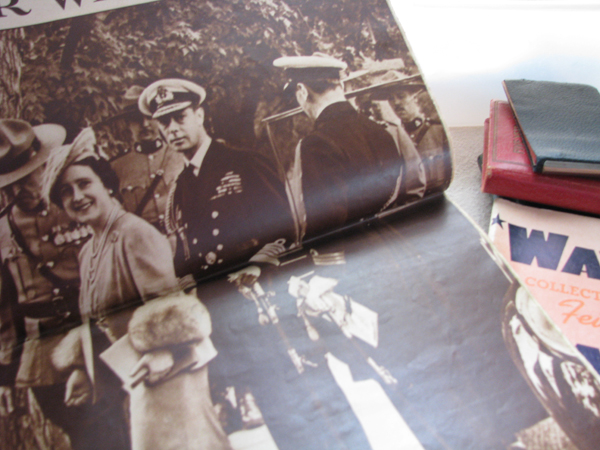 What a radiant smile she had! 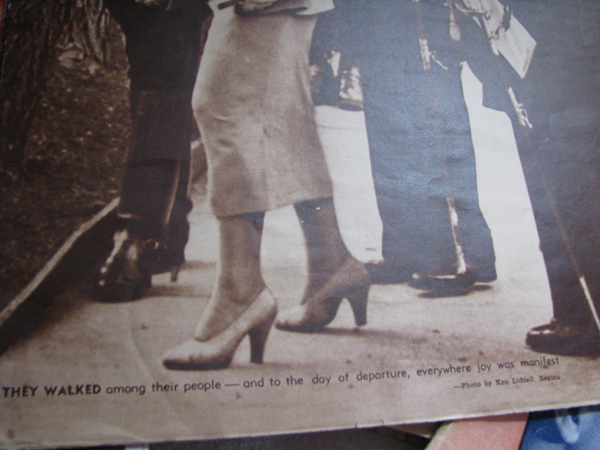 ﻿THEY WALKED among their people — and to the day of departure, everywhere joy was manifest. 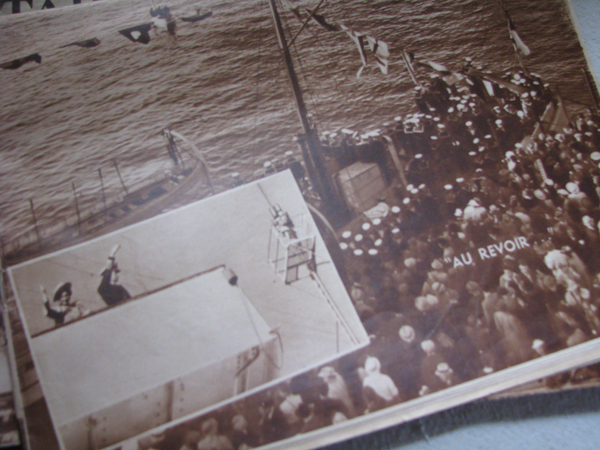 There are some striking similarities and interesting parallels between Prince William and Kate's courtship story and his great-grandparents' story. You can Google it and find out more. (Wikipedia offers this {under Marriage} and this.) I think that The Queen Mum would give Kate her heartfelt blessings and approval. 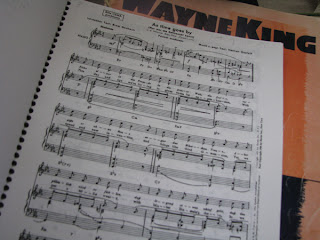 The last thing in the bag? A music book...first song up... As Time Goes By. Seems appropriate somehow... 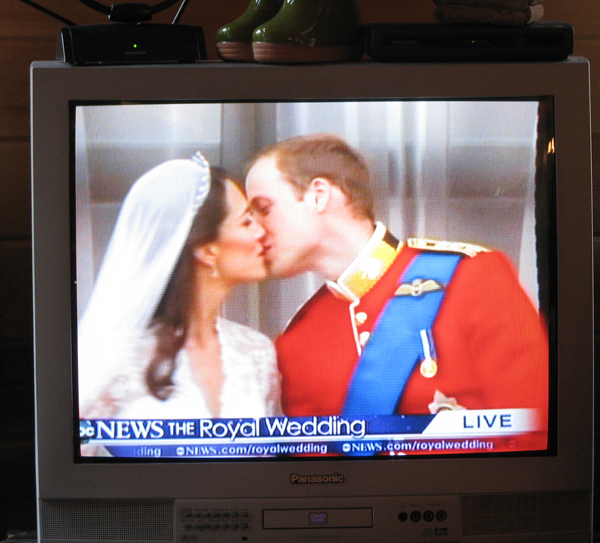 As Time Goes By
by Herman Hupfeld

And when two lovers woo
They still say, "I love you"
On that you can rely
No matter what the future brings
As time goes by

Moonlight and love songs never out of date
Hearts full of passion, jealousy, and hate
Woman needs man and man must have his mate
That no one can deny 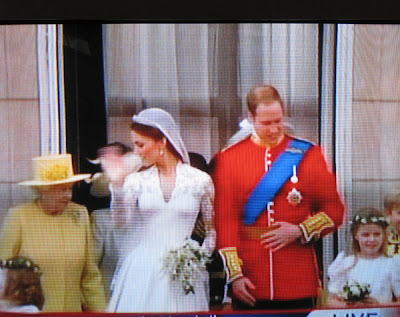 Of all the outfits worn, after the bridal couple's, I most loved the Queen in yellow. Did you watch? What did you think?

I think my grandmother's 1939 diary was in with the magazines because of the year. Sadly, Nan did not write about the royal trip to Canada, even though, as a loyal Canadian, she kept the magazines. This should be a lesson to us all when journaling. Do talk about the events of the day! (Just clearing up a couple of misconceptions because I wasn't clear in my explanation yesterday.)

It's interesting to note that the Duke and Duchess of Cambridge will visit Canada from *June 30 to July 8.* (Note the date on these magazine covers.) What a great time for Canada to have the royal couple over Independence Day!
Posted by Vee at 7:18 AM