The Flat Princess Among Other Things 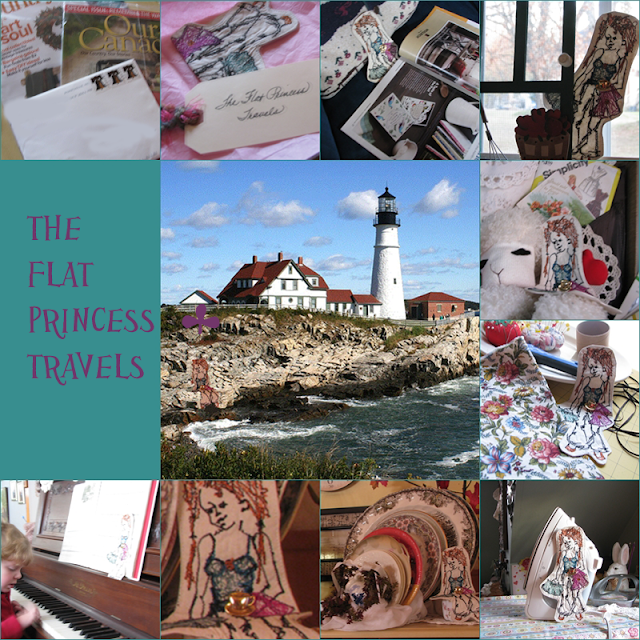 The Flat Princess came to me from Penny at The Comforts of Home. She arrived in my corner of New England on the 21st of October atop a couple of magazines. I could tell that she'd had a topsy-turvy trip and soon had her settled down with tea and a good read just as I so enjoy. A month's stay was not quite what I had in mind and, fact is, I have felt quite guilty about the way The Flat Princess has been treated while with me. I had hoped to have a lot of sweet photos of the iconic views of local scenes such as the P*ortland H*ead L*ight and L.*L. B*ean and perhaps even the W*hite M*ountains of NH. It was not to be, except via bad photoshopping. The little princess basically hung out with me drinking a lot of tea, a lot of tea. She did enjoy a concert one day, but basically she was just invisible. Would you be interested in having her visit your corner? I'll send her anywhere. She's a quiet and very well behaved princess. The first person who mentions in comments that you'd like her to visit has the honor.

sitting on a tea cup 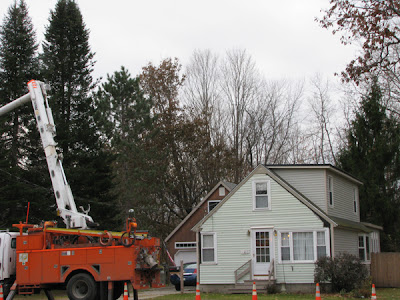 Last week the power company came to make the switch. And just yesterday, John finished the last stragglers. Yes, he did get the upper and lower levels reinsulated and sided on the right side of the photo. What crazy architecture this little haven has! I am not responsible for the raised roof side, but I do appreciate it when I'm in those rooms. Just the front and the garage to do now. 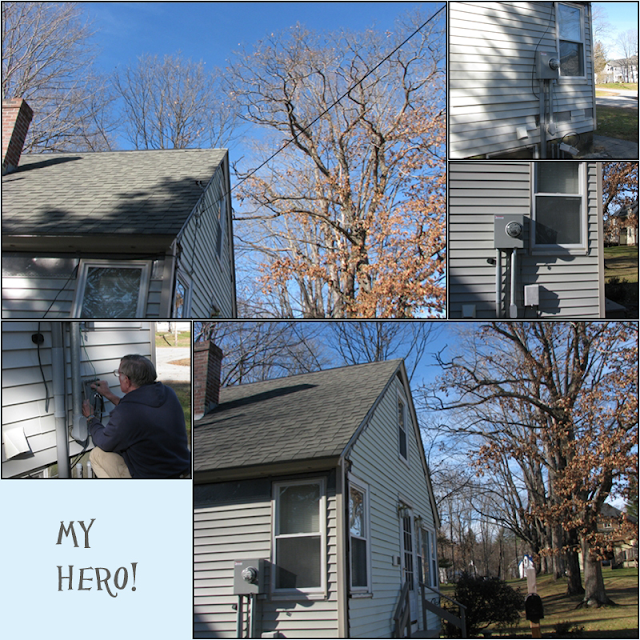 I love the look without all those wires all over the place. Hope that you can figure out the befores and the afters as I forgot to note them.

Now my progress, which is laughable. 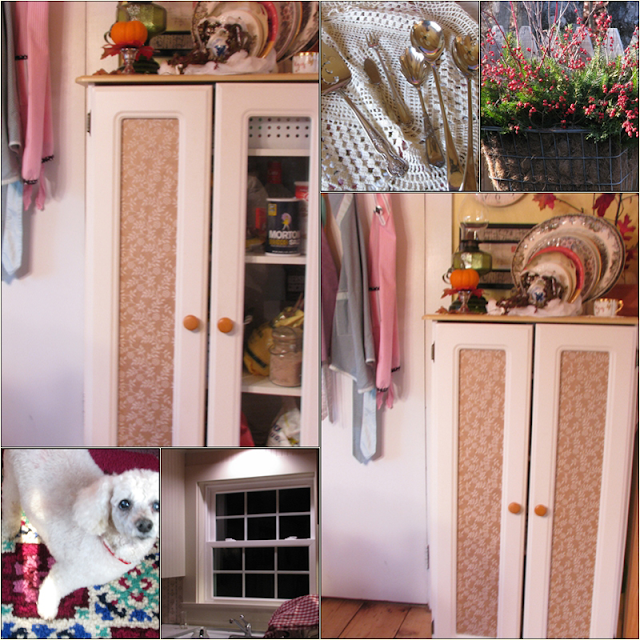 Focusing on what was accomplished:

Now it's cleaning and doing some cooking tomorrow. Finally. And shopping. And decorating.

Don't forget, if you want The Flat Princess, and are the first to say so, she's all yours!﻿