My son made a wreath holder, my daughter purchased a wreath, I made an arrangement, the grandsons brought their bikes and we struck off for the cemetery. 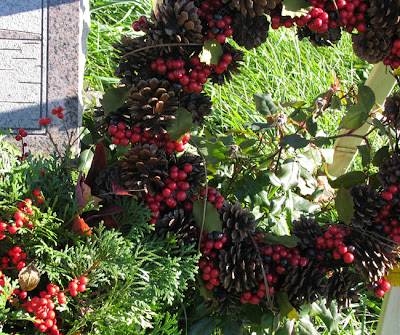 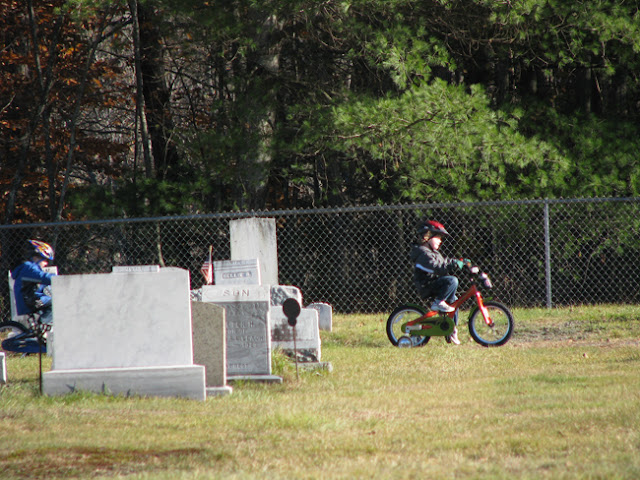 Where I learned that activity and fresh air are antidotes for the gloomies. (I also noted that the bike seats on those grands' bikes need to be raised already. They are growing like weeds.)

When bike riding ended, we sat on a granite wall and talked for a while. Then the eldest grand said, "Let's go to Nonni's!" Oh dear. I remembered that there were ladders up, inside and outside, paint cans, nails, a regular fright show so I suggested another day. This did not compute with grands at all. I explained. Still no understanding. More explaining. Finally, Sam said, "So you don't have time for me today, Nonni?" Nearly broke my heart in two. And, though his father intervened reminding him that we'd spent a nice long time already, the gloomies settled in.

In the end, a party was planned, which is when I re-learned another important thing. Make plans! Plans are good. 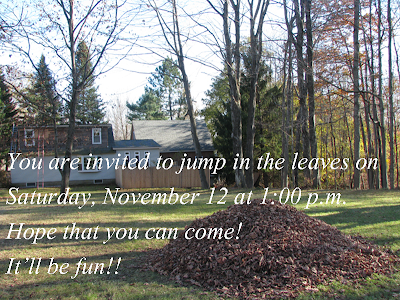 The party is today. I'm prepared more or less. Must do an apple cider run and a doughnut run. This will be one of those growing posts. When I have more pictures, I'll be popping them in.

A happy Saturday to you...

Such fun; such silliness! 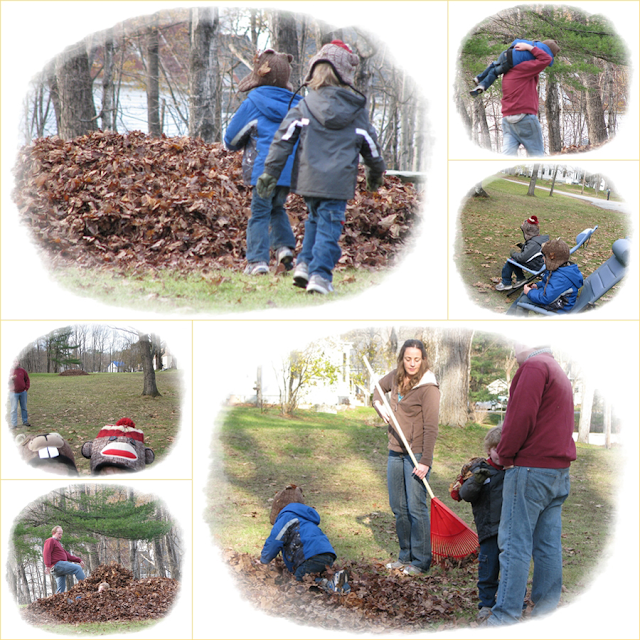 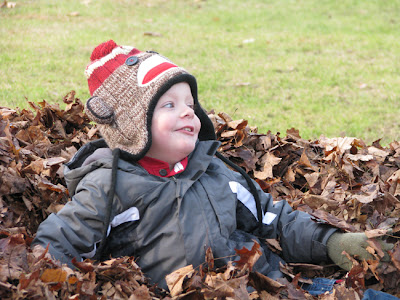 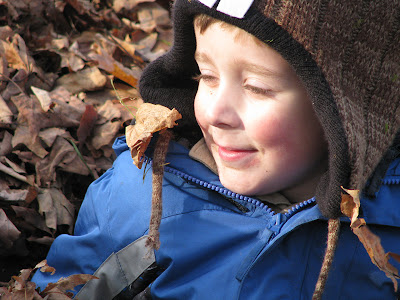 It was a happy day!