Yes, what with two surgeries in the family this week, we're in need of a bit of levity.

Thank you for praying for Sam and family. He is home and doing a little better and will continue to do better. The family is still a bit frazzled...you know how vile the guilt monster can be. Sam will require more surgery in about a year as that metal plate in his leg can NOT stay. Odd as it seems, there is no cast. He'll move about on crutches or using a walker just his size.

And John and I thank you as well for praying for John's cataract surgeries. As of nine this morning, both eyes will have been done and he will be one happy camper. Though I do swear that he's ready to drown in drops. Twelve drops a day per eye until we run out of drops. Is it wrong to pray for the end of eye drops? It is, however, a small price to pay for his good sight and good eye health.

We have a lot of old books hanging around the place. They're in various stages of disrepair. I'm not much of a fan of the latest new decorating thing where the covers are torn from old books and they are displayed wearing nothing more than their longjohns.

John is completely disgusted by decorating with books. To him, books are for reading and that.is.that. He tells the story of shopping for old books at the Salvation Army store where he overheard a discussion that went like this:

Lady 1: Yes, the covers all have to be blue.

Lady 2: Will this blue work?

Finally, John could bear it no longer so he asked the obvious question: What in the world does blue have to do with a good book?

The answer: Everything, if you're decorating a client's room and she likes blue.


Sunday afternoon I happened to look at this old green book. In my world, it's hanging about for its green color and the cute embossing on the cover. I had never looked inside before. I couldn't even remember if it was one that belonged to my family or one that John had picked up in his travels. We now believe it to be his. 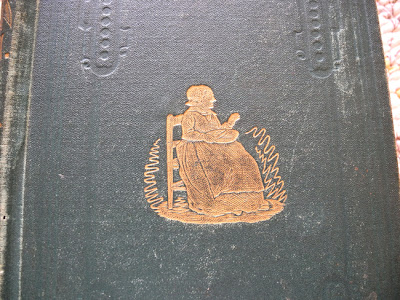 The cover is nearly off so I opened it gingerly. Inside there were quaint graphics and the most unusual dedication. 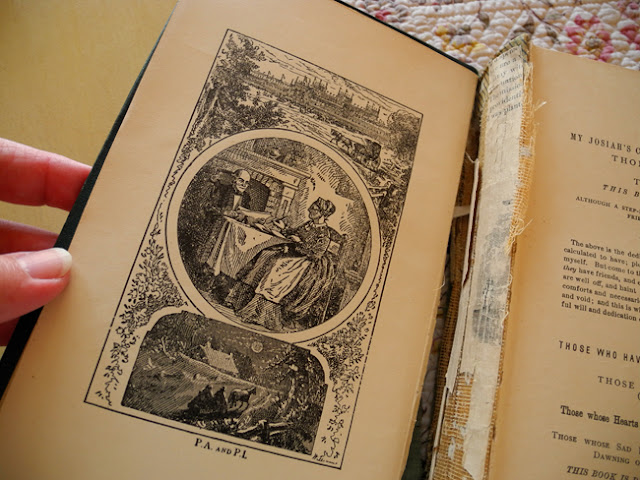 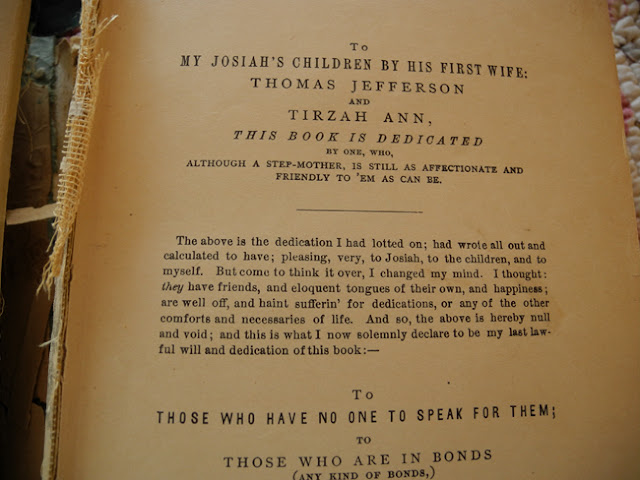 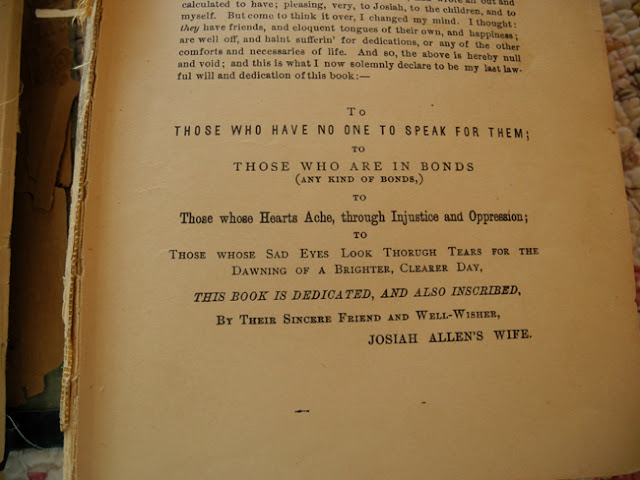 How funny I thought. Wonder who wrote this book...obviously not Josiah Allen's wife (Samantha—she's shown on the front cover in the first picture).

It was not long before I was reading snatches of the book to John and we were laughing our heads off.  At one point, a character named Widder Doodle (Widow Doodle) enters the story. Her head is so soft that if she hit the top of it nothing would prevent it from flattening like putty. Maybe we were tired, but we laughed at that for five minutes. And on and on. After a while, I became convinced that Mark Twain must have written the book (though I had never heard of his writing under a pseudonym).

Thanks to the internet, I soon had an answer to my questions. The author was Marietta Holley who in her lifetime was as popular a writer as Mark Twain. Mark Twain was not only a contemporary, he was also a personal friend. By clicking her name you can find out the interesting tidbits. She told stories in the Downeast tradition, which about explains everything.


Yes, we have a long tradition of Downeast humor in my corner. One of our state treasures is Tim Sampl*. Above, you see a sample of his style in this short clip called "Is That Your Cell Phone?" If you listen carefully, you'll hear him slip "out of character" ever so briefly. Some may recognize Tim from CB$ News Sund*y M*rning where he submitted a P*stcard From Maine piece every few weeks.


Which Way to Millinocket?

We also have Bert and I stories, which are a wonderful listen. Some are quite lengthy, but worth every second. And dry. Dryer than a hot August Day with a Canadian high blowing in. The clip above is about a minute and a half long and represents the style well.


Our contemporary lady of Downeast humor is known as the Marden's lady: Birdi* Go*gins. Do you suppose that's her real name? And, after listening to this short piece, I really want to know more about her sister! 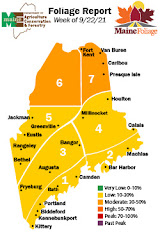