This is not a tutorial. I am showing my process minus detailed explanations. Google, if you need details, and you'll find many tutorials that do a fine job.

So I had an idea. It was a gathering of ideas from many different places including *this post* at Sweet Nothings. It was a swirling of thoughts over the past months about how to find more presence in my displays in the home, how to incorporate meaning into those displays, and how to work with what I already have. 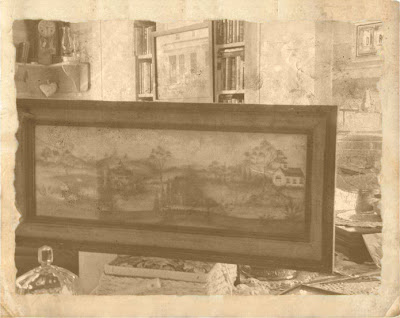 So I had this old frame purchased at The Christmas Tree Shop in 2008. ☺ It had a garish print perfectly matching what was going on at our place. After a very short while, I grew weary of it and tossed it into a hallway corner where it's been  gathering dust for the past two years. 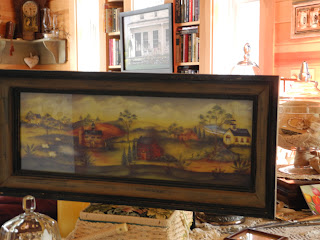 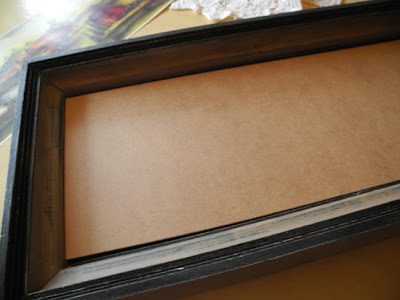 When I took the frame apart, I found a nice sturdy backing hard as a board. Excellent. 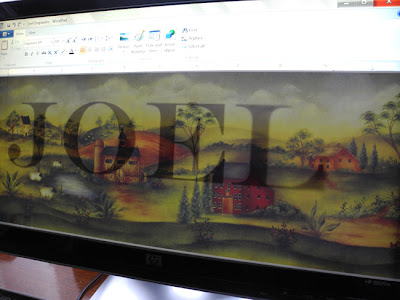 Going directly to the computer, I found a font I liked and a size that would work and printed off Joel 2:25. The photo above shows testing the font behind the old print. The computer screen lit it up nicely. I was looking for a font that could be traced and filled in. Found my burlap, cut the correct size, ironed it well, placed the font beneath the burlap and centered it more or less...I had extra. Then I carefully traced the outline using a black Sharpie. 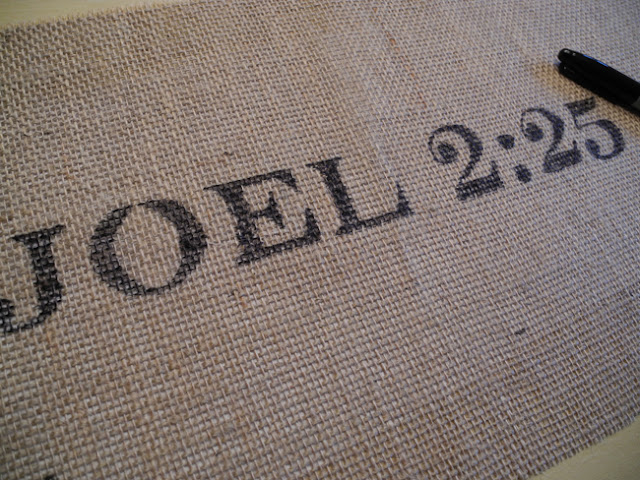 Then all I had to do was fill it in. This is for John. It's his favorite verse. He considers it his promise from the Lord. Some might consider it his "life verse." Does he like this project? The jury's still out on that... 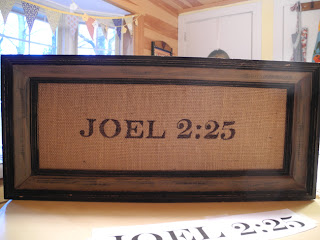 I wrapped the burlap around the sturdy whatever.it.was. and taped the edges on the back down. That's the really ugly part. I'm not sure how such things are professionally done.

So to sum it all up:

Meaningful √
More Presence √
Used What I had √

Now I'm waiting for some light so that I can show you where it is. (I'll pop another photo in soon. Done!) 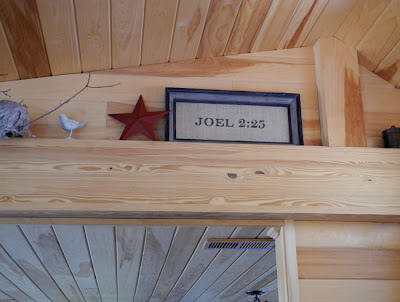 What has been your latest project? I'd love to hear about it!