♥ Why Worry ♥
Sung by Mark Knopfler and Emmylou Harris


Here we find ourselves four years later. We, John and I, chatted a bit about these past four years and I asked him if they had been the four roughest years of his life. He grinned without responding. Right. Just as I suspected. 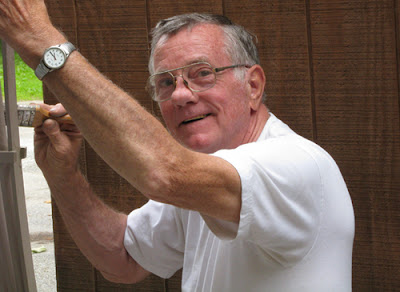 Personally, I don't know how I would have made it through the past four years without him. God sent him just when I needed someone most, just when my grandmother and mother needed someone most. God was so good to us in sending a kind man like John. My grandmother once said to his sisters, whom she had just met, "John is such a kind man." They responded in unison, "We know!"

Soon after my mother died, I was talking with a family friend who told me that my mother had shared this with her: I can leave this world in peace knowing that my girls are happy.

So, in the words of the song,

...There should be laughter after pain

There should be sunshine after rain

These things have always been the same

So why worry now