All is Calm; All is Bright; Not!

One might get the idea from taking the Holiday Tours in Blogland that all is calm, all is bright, all the time. Not so! Oh so definitely not so!

Take, for example, my moment with the oil lamp, which you can plainly see glowing all pretty above in my header. (Thanks, by the way, to those who've commented on it. Just one of those chance shots that looked so good that I couldn't resist.) Anyway, I was home alone wanting to take a cozy shot of the lamp for my holiday home tour when, all of a sudden, it flared up and the fire went straight down into the bowl of the lamp and lit all the oil on fire. Very pretty. Very scary. Only my quick wit prevented me from pitching it through the bay window. Instead, I rushed it out the door.

Later that same afternoon, John came home and I told him about it. He gave me that little hmmmm that he does and I asked him to light it. (No, you're right, no one has ever accused me of being exceptionally brilliant.) So he did and sure enough! The fire went right down the wick and started the whole bowl ablaze again. Wow! Can John ever move fast when he must! After a bit, he suggested that I take this picture of the bowl filled with smoke; wish it could've been a few moments earlier. 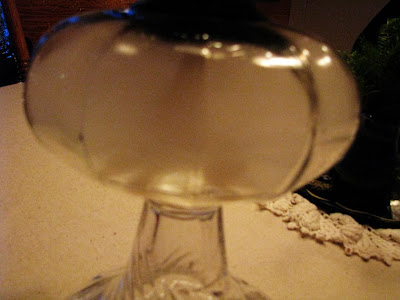 Then, if such a thing even be possible, this happened. 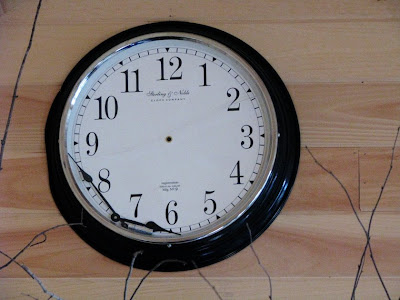 You've heard of time standing still? Well what can one say about time crashing? (Actually, if it would crash for just about two more weeks I might get everything done.) 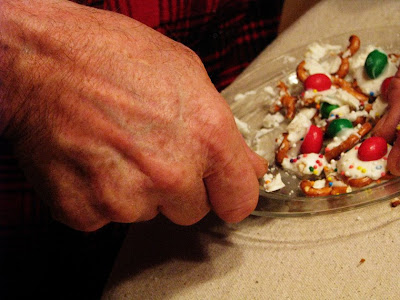 Still tasty, though! I also made the Mini-Turtles that Angie suggested in the comments on this recipe post. Oh boy howdy are they ever yummy little things! Don't worry about the "mini" bit and Rolos. Regular-sized ones work.

Today is supposed to be snowy. (I wrote this last night. Gotta be careful of saying things like this lately. I get so confused.) Leaving you with some Christmasy shots I took of John plowing the yard. 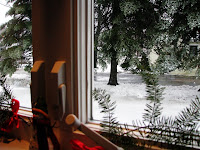 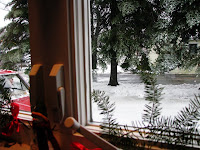 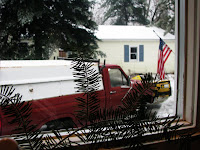 Now I'm just wondering if I have the courage to attempt making a gingerbread house for the very first time from scratch. I've made the dough and I'm ready to go. Check out the button on my sidebar to visit Suzanne's third tutorial.

Have a wonderful Wednesday, Dear Ones, and remember to follow directions!
Posted by Vee at 5:30 AM