Emotional, raw truth. It may make you weep.

I love this gal! She can be pleasant and snarky at the same time and she doesn't allow the media to push her around. (I am not a fan of most media. They are truly embarrassing. Not many real journalists left. The genuine ones make a very short list.)

There is much to be concerned about in the past week's events. Yet nothing compares to what New York legislators did with Governor Cuomo at the helm. Unbelievable and frightening. I much appreciated what *this doctor had to say:* 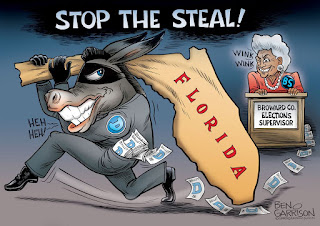 
Great Interview with President Trump from Pat Robertson of CBN. Pat may be elderly, but he is a sharp cookie and he knows what's going on. Further, he actually allowed President Trump to answer, which allowed me to learn many new things I'd never learn from the Fake News Outlets.

This has been a difficult week in the political sphere. The tone of political discourse has become totally foul and ugly and I blame many on the left for it. The problem seems to be that we can't courteously disagree. I am in complete agreement with the following quotes from Mark Steyn and I have provided the video sources from which they come. I double dog dare you to listen.

Source: https://youtu.be/ESJ_ahwwoJM
(Oddly enough, I am not allowed to embed it. I am invited to try again later, which I certainly shall.)

Right, and if you're shooting Republican senators at a baseball practice or cheering about it, you're the fascist. If you are pretending to stab the President or decapitate him, YOU are the fascist. (Sorry, I know the word should be capitalized, but I refuse to do it.)

Now wouldn't that make the best sense of all? Imagine...robust and civilized. We can all heed this good advice. 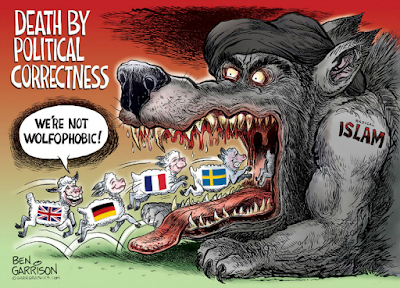 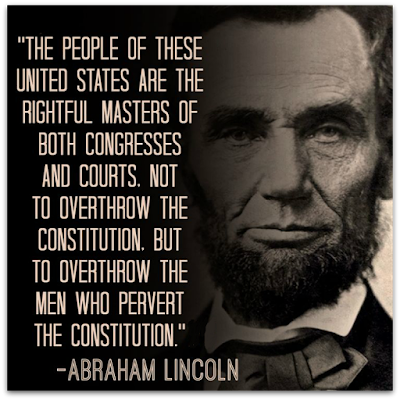 from last night's speech to a joint session of Congress:

Time for some levity... 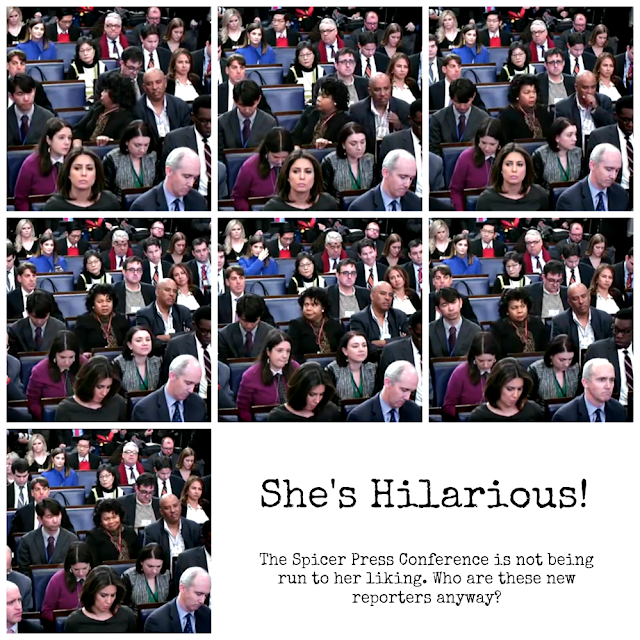 Something very fishy going on here...

When it comes to public safety, there is no place for politics...we want safe communities for everyone...I will be a President for everyone. 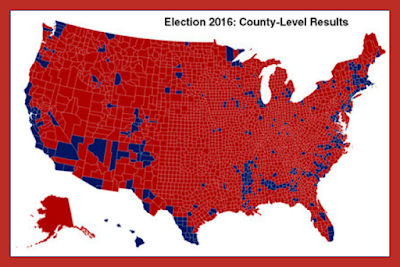 
Three days after the election and progress has already begun. I'm not here to educate anybody so Duckduckgo.com it for yourselves. ☺

Oh the pearl clutching. Oh the hand wringing. Oh the wailing and the tears. I have backed out of so many blogs in recent weeks without commenting. I took note. I frowned. I smiled. I decided not to go there.

I thought that I would post my little comments  on the front page, but have since decided against it. My commentary may be perceived as contentious so I'll backpage it. No, I pay little attention to the cute little graphics concerning how I should behave post election.
Good grief!
The very nerve!
=/

So I am thrilled with the election. Thought it would be even bigger actually, but corruption runs deep and that is why you saw so much dismay on those journalists' media types' faces. They could not believe that the vote overwhelmed the plan/cheating/corruption. (A lot of Clinton supporters just don't want to hear all that she's been up to. You know, the nausea-inducing things we learned a week ago. Remember: Duckduckgo is your friend. And she won the popular vote? Go try to get some fool to believe that. Both houses were won  and she has the popular vote? I don't think so. And all those protestors? Democrats wonder why they lost? Here's a clue: We are sick of this kind of behavior. Sick of it. Enough is enough.) This win was God at work. It's not their loss; it's not our win; it's God.

I was in Trump's camp from about week two of his campaign. John was much more reserved. It took him another week. A week of not being on the same team was not pleasant. Finally, I said in total exasperation, "Listen, listen, listen to the man. Listen to what he is saying and he's the only one saying it and he sounds just like you."  Well not exactly just like John, but very close if John had been a more profane man.

A lot of people in my family had plenty to say about Trump's language. The same ones who have a pretty fair potty mouth of their own, but they were pointing fingers. I'd rather have someone who says it when he has a mouthful than some mamby-pamby pukey pc person.

So see? I really have been showing great restraint! I have dropped a hint or two, but restraint was the order of the day. I didn't feel that Trump needed my help as I had felt last time with that mealy Mitt. (What a huge disappointment he turned out to be.) Further, I didn't want to jinx the momentum.

And I get royally annoyed by those who want to pussyfoot around and say how flawed and rotten Trump is. Really? Really?! He came along when this country needed him the most. The most. Does anyone really think he needed the job? Come on now! He risked his life, put his family on the line, spent his own money, worked like a dog, connected with the people, was not politically correct (thanks be to God because political correctness is killing us). He took a lot of hits; he gave a lot of hits; he knew that he was supposed to do this and he knew that he was the only one who could. I fully expect that with the help of God, he is going to right this ship. If not, the country is heading for the rocks and, as the United States goes, so goes the world.  I was not voting for Pastor in Chief. Definitely not. I remember Jimmy Carter all too well. Those years were rough ones and the past eight have been even more rough and have cost me a lot, including my husband. So, yes, I am feeling pretty passionate about this.

Godspeed to President-elect Trump. He has my continued support; he has my attention; he has my ongoing prayers.

To all the politicians, donors and special interests, hear these words from me today: there is only one core issue in the immigration debate and it is this: the well-being of the American people. Nothing even comes a close second. ~ Donald Trump

As more folks find this place, I thought it would be interesting to share a post from 2010 that illustrates my evolution from being on the front page to now when I keep things on a back page. I do this so no one feels compelled to comment. (Comments are not allowed here.) We have been through (and still are in) a period of time when many are quite certain that punishment has been doled out to those who speak up in a political way.

I am, by nature, a political gal. I enjoy the discussion and I like to keep up with what goes on. If we visited in person, you'd know that quite quickly. So"Let's Get Political" is my way of not being too forceful on the average reader. For some crazy reason, I have attracted a lot of liberal leaning readers whom I love, but with whom I do not agree. Consider this page my attempt to be true to who I am.

My! I have been showing great restraint. ☺
*A Thoughtful Discussion between Huckabee and Hannity* on the state of affairs after Indiana. My sentiments nearly exactly expressed clearly in nine brief minutes. 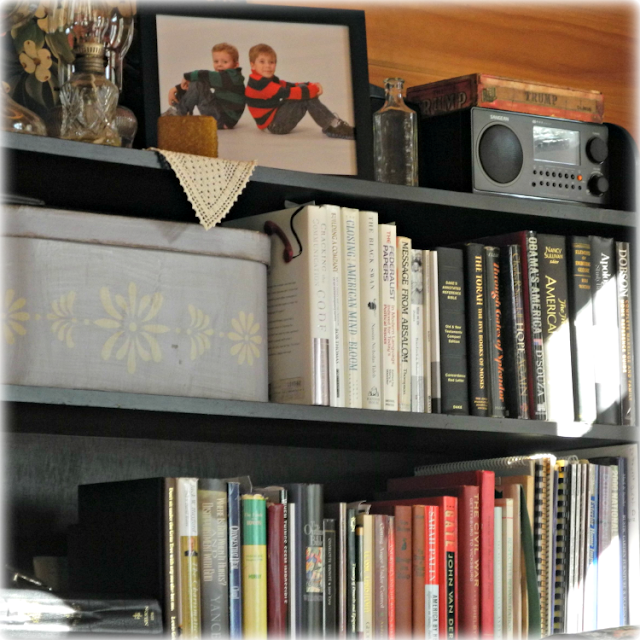 Really? Trespassers at Boston's Water Supply? Seven? From Pakistan, Saudi Arabia, and Singapore? After midnight?  What could possibly go wrong?!

The Benghazi Lie by Mark Steyn

ETA: 2019-01-27 This video has been removed since last time I saw it. Ever notice how many suspensions of videos and Twitter accounts there have been? I have. Shocking!

We are apt to shut our eyes against a painful truth... For my part, I am willing to know the whole truth; to know the worst; and to provide for it.~Patrick Henry

So you have found IT again. Yes, this is the repository for my thoughts through the coming four years: 2013–2017. My thoughts will be placed here in this one post with a date. The ticker of the national debt will continue to fire off at the bottom. Newer posts will be at the top. If you want to comment about anything you see here, feel free to email me as comments here are closed.

Often, one can settle down after an election when realizing that, while things may not be to one's liking, everything will level out. Not this time. This time there has been a decided shift and if you are a reader of persons, you know this well. You, too, can hear and see it in "the tone." Be wary, pay close attention, and stay well.