First up this morning is the vintage tablecloth remnant, which is getting smaller and smaller. I've made three or four pincushions from it and a jelly cupboard runner. 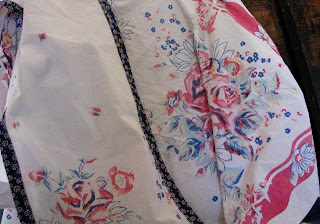 By adding some of the rescued bias tape that I was bemoaning a few days ago, this table runner for the bay window now exists. 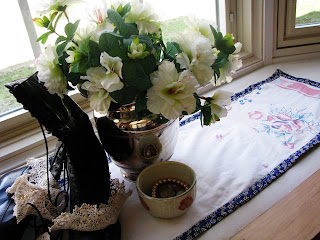 And, no more "stich in the ditch" for me! I can't make it come out as neat and tidy as Suzanne's or Alicia's. Now it's a switch from the stitch in the ditch to Martha's bias tape basics.

Then I made a tea towel for a friend's birthday, which I liked a lot. I used the old "draw it from the fabric technique" so it's very complementary. Sorry about the photo quality. 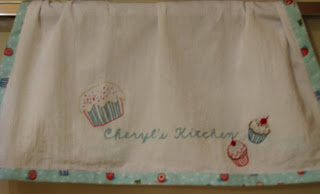 Finally, I have so many remnants now that I searched for ways to use them being a frugal gal and all. 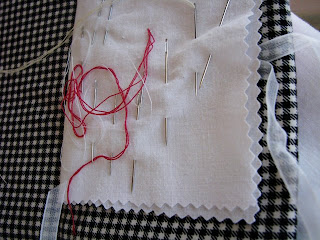 It's a needlebook! Because it was an experiment, I used what I had on hand...no wool felt, but the next one that I make will be a proper one. This is the cover. 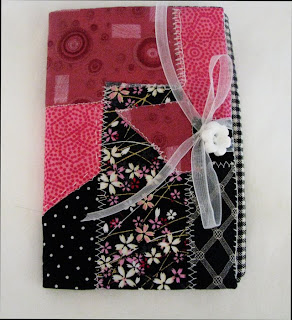 The crazy quilting was so much fun! It was! I would not lie! If you've never done it before and decide to give it a whirl, I found Purplepaint's Muse tutorial very helpful.

Another Monday post in the can and now I can put my little Genie away for a few days!
Posted by Vee at 9:53 AM