Day Four and That'll Do Thanks

Yes, Day Four of rain though there may be a slight brightening. Perhaps we'll see the sun again after all.

John, that scamp, made a liar out of me and worked right through the rain Saturday morning getting the window in. His reasoning was that he had heard the weather frogs croaking about torrential downpours and he didn't want any water getting in. As it turned out, they were correct. 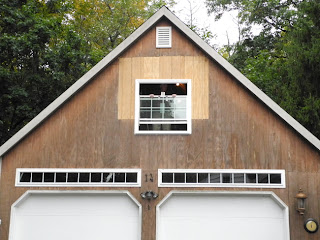 Someday, I'll be sharing the before and afters... We had quite the discussion about this yesterday. It may have become a little heated. He said that the window looked great. I agreed. Then, because I'm like this, I added that, if someone had listened to me, it wouldn't have been like that in the first place. Then the discussion was off like a house on fire! It ended rather brilliantly I thought when I explained that the former windows were like eyebrows positioned at the top of a person's forehead instead of over the eyes where they belonged. Moving on...

Yesterday was so quiet after Saturday... The leaves were falling gently, the rain was pattering down, there was only the soft breathing of two furbabies as they napped. I finally lay down myself and caught a few more zzzzzzs.

The only trouble was that I had recently listened to the warm and wonderful Andy Williams singing ♪Lida Rose♪ with the Osmonds...have you seen that video? Too darling. So, back to my story, the only problem was that I only knew the first four notes of Lida Rose and in my dreams I was trying to sing the song. I'm quite sure that if I knew the entire song I'd not have had to keep restarting from the top. Very strange little nap I had.

Can you imagine a world without Mr. Williams in it? That's how I feel every time we lose someone. (As it happens, Becky of Hospitality Lane was in Branson last week on vacation. She has some wonderful photos to share in a number of posts.) 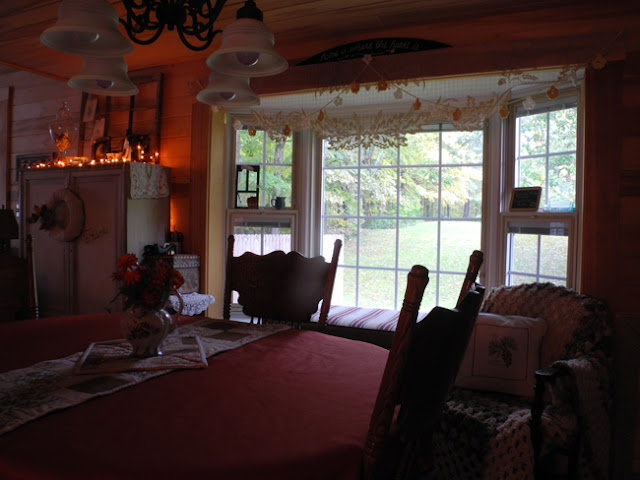 It's back to normal whatever that is today...

Was your weekend quiet or busy?