Is there anything new under the sun? No. Good. Now that that has been settled, I'll just carry on as per usual. As you have figured out by now, everything here is a big old backstitch and I have some topics to bring to some sort of conclusion.

First up—vanilla sugar. The two cups of sugar and a vanilla bean (plus one extra) have been hanging around since November 14. I tried it yesterday for the first time and again in my morning coffee, which is now parked to my right. I just sipped my coffee once more to be sure of what I'm about to tell you. It's true. My taste buds are so undiscerning that I can't tell the difference. That's right. Weeks of sugar hanging around with a couple of vanilla beans all for naught. So there you have it.

Next up—snow. We have some. It arrived overnight so we missed the gentle falling. We did not miss the rumble of the snowplow at five this morning. 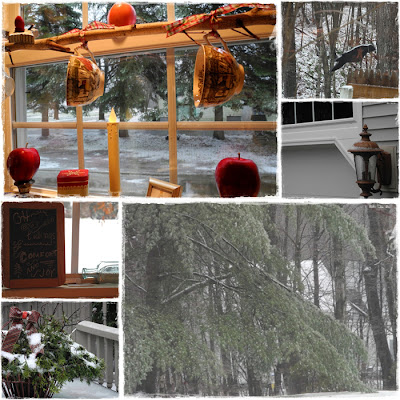 (Edited to Add: As promised...a picture or two. It's actually turned to ice and the tree boughs are getting very heavy. I hate to see this.)

Third—Santa Hat Snack Mix. I'm conflicted on this one. It's kind of cute now that I am a few days from having made it. Though it just doesn't have the punch (this has proven to be a horrible pun...forgive me) of a regular snack mix. It's much too sweet for me. I did learn that I love those caramel Bugles they are made from. 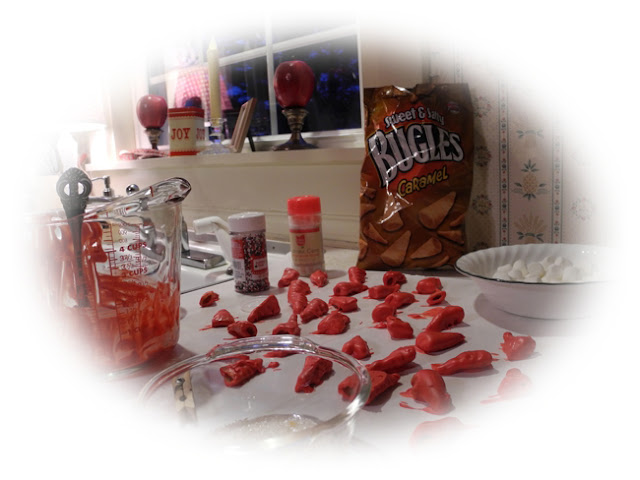 Dipped Bugles which began to look like noses to me. (See reference to pun above. Groooooaaannnn...) 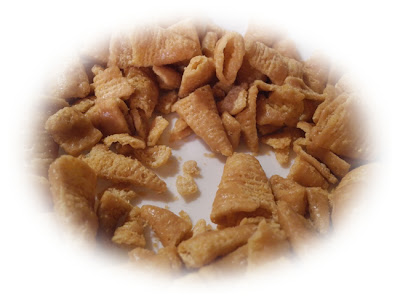 This was the best part...broken noses Bugles that couldn't possibly be made into anything. 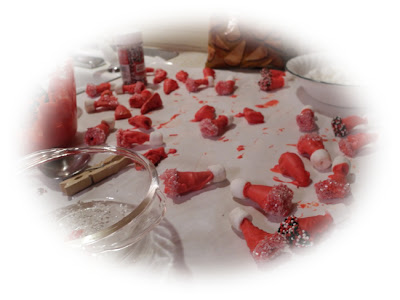 In the end, the entire process looked like a battlefield to me. So this is what I really think: this was not an easy project and the result is not so satisfactory that I ever want to try it again. The grands were completely and totally unimpressed.

Speaking of unimpressed grands. That's the fourth thing—Jake and the backed afghan. 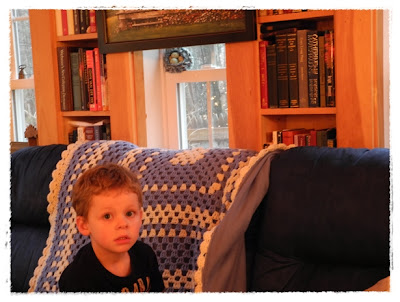 I have saved the best for last—the fifth thing was an unexpected visit from family who arrived from California. I have not seen this young man, who was a baby when I first began dating his oldest brother, since 1995. Because I had taken Cheryl's Class on Hospitality, I was prepared to open my home despite its not being ideal. Nothing is ever ideal so why do we cling to that? Anyway, it was a sweet time and I am glad that we could get together. 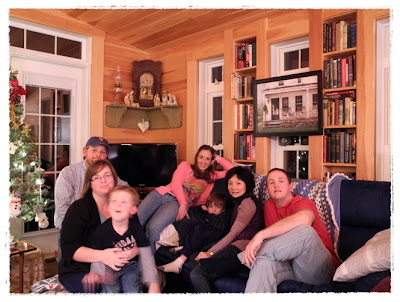 Anyone notice a resemblance between my son wearing the cap and his uncle? I think so!

Thank you for reading my novella. Always fun to have you drop in!