Some have done this meme in the final days of 2012. I read  *A Year in First Lines* yesterday and thought I'd try it myself. Mine is not nearly as well organized and I hope that no one can read anything into these fractured sentences totally out of sequence. =D


Just after Thanksgiving, I heard a report on Black Friday Shopping. Snowflakes...lovely things...do you believe that no two are alike? What is it about March that, even though the calendar says that the new season won't arrive until the 20th, we feel that spring arrives on the 1st? Barely, get it? A few days ago, I was searching Google for an appropriate image to use for this Palm Sunday, I found one showing Christ entering Jerusalem on the back of an ass's colt. Late last evening, I asked John of his plans for this day...the one sunny day in the middle of ten rainy ones. There are times when being a citizen of any country is a challenge. Higher prices — I so remember my grandparents whining (at least, it sounded like whining to my young ears). Since Ashokan Farewell was so popular, let's enjoy another by the same composer: ♫Lover's Waltz♫ Yes, Day Four of rain though there may be a slight brightening. I've been waiting for you a long, long time. Here it is December already! 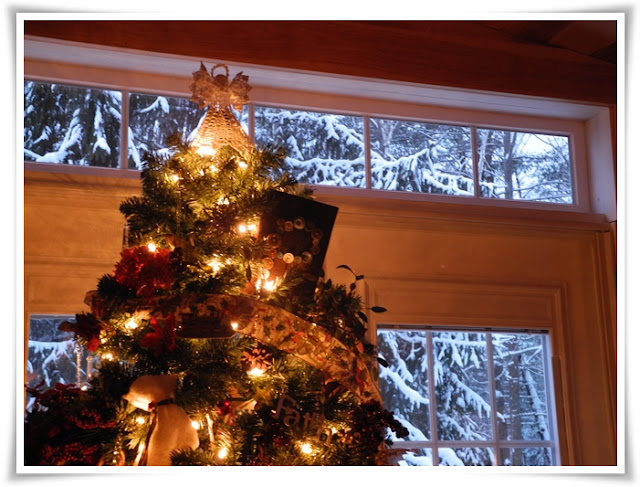 Some of us slept better than others. 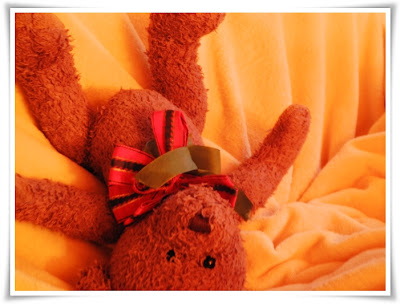 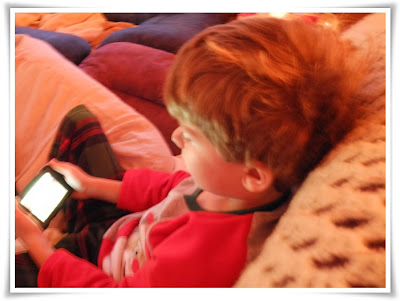 He read a book, too. He really did! 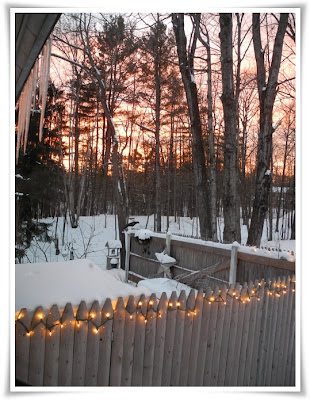 Ahhhh, a sunset at day's end. A real sunset! The joy of bare branches and new snow that allow such a scene. 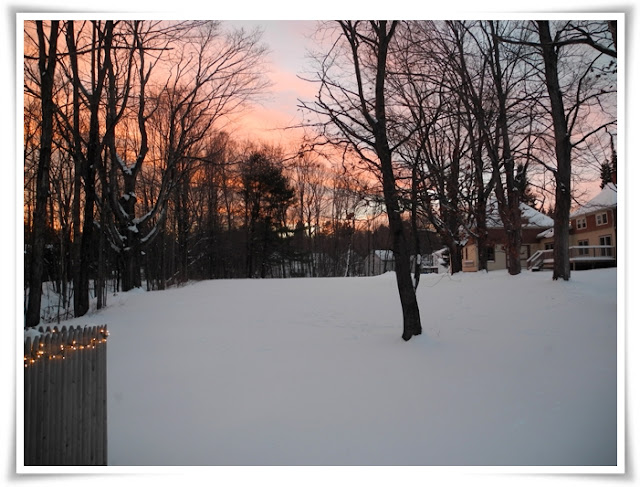 (John and I are currently out for breakfast with Jake. We can't let Sam have all the fun and Jake likes some special time, too. The plan is breakfast out and then play time until he (Jake not John) is ready to go home. I'll keep him as long as he's a happy camper. I'm really hoping that he'll surprise me and stick around awhile.)

Have a terrific New Year's Eve! Have any plans?